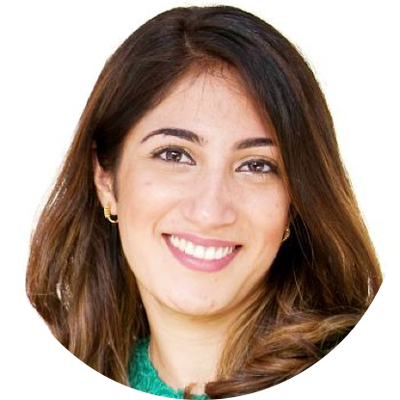 After obtaining her MSc in Microbiology and Immunology from ETH Zurich, Bhavna continued her academic experience as a Junior Researcher in Milan to gain a deeper understanding of regulatory T cells involved in cancer and autoimmune diseases. Bhavna currently works in the Scientific Affairs department in Lugano, Switzerland. She strongly believes that adequately educating the public on complex medical and scientific matters is of utmost importance for the progression of our society.

How scientists are saving the lives of Kenyan new-borns, one prebiotic at a time

Between 1993 and 2005, an estimated 600 million children across the globe were diagnosed with anaemia, a disorder often caused by poor bioavailability of dietary iron resulting from malnutrition. Strategies to reduce mortality in children, especially those from low-income countries, are of the utmost importance. Iron supplementation is an obvious approach, but adverse side-effects from high-dose iron supplements have been widely reported. Lately, the addition of prebiotics and probiotics has proven to be effective for treating anaemia and is expected to treat many other diseases in the near future.

Reverse Vaccinology: from a dream to reality

Vaccines have eradicated some of the deadliest infectious diseases known to man, yet scientists have been challenged by the inability to create vaccines for all pathogens in the past. Recently, scientists have focused on the DNA of microbes to help develop vaccines by using a technique called “Reverse Vaccinology”. This efficient and cost-effective approach is expected to revolutionize vaccine development in the 21st century and is also being used as a promising approach for the treatment of cancer and antibiotic resistance.

Reshaping the gut is the secret to successful weight-loss

Obesity is on a dangerous rise predominantly in developed countries, to the point where we are currently seeing more lives lost due to being overweight rather than underweight. Even with hundreds of diets out there, we still face challenges when it comes to leading healthy lives. Recent scientific evidence suggests that diets rich in fiber can positively reshape the gut microbiome and help to lose weight in a healthier fashion. Thus, targeting the microbiome for weight control could be the secret to bringing obesity to a standstill in the near future.

The lack of awareness of Venezuela’s deteriorating public health care system caused by Venezuela’s socioeconomic crisis is unprecedented. With the sharp decline of vaccination rates, the country is currently seeing colossal outbreaks of preventable diseases resurface once again, highlighting the importance of herd immunity. If these problems are not addressed soon, the rest of the world might just end up sharing the aftermath of Venezuela’s health crisis.

Millennials need to be heard by the Italian film industry

Italy has had a long and very strong history in film dubbing which has yielded some of the best dubbers in the world. This, unfortunately, has led the Italian film industry to indirectly deprive Italians of the possibility to learn another language: it is becoming increasingly difficult for the younger generation to master foreign languages, which would drastically improve their future.

Is the world ready for CRISPR babies?

The gene editing technology notoriously known as CRISPR/Cas9 has gained vast attention after the Chinese scientist He Jiankui claimed he had, for the first time ever, created gene-edited twins. While He has received negative criticism for his work amongst the scientific community, many believe the world can benefit from this powerful technology. He Jiankui has decided that the world is ready for germline gene editing, but does the rest of the world feel the same?