Living with the fear of losing our insurance: the struggles for our daughter in the US 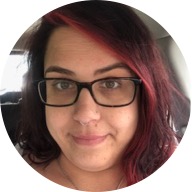 Rebecca is a blogger, special education advocate, and mother of two complex children living in suburban America. Lover of the mind and its workings she previously worked as a clinical neuroscience research assistant; also lover of statistics she spent a stint as a systems and performance analyst. Fundamentally, she is a lover and defender of children, and that is a very good thing; because, she has two who need her very much. Her writing focuses on the topics of motherhood, disability, and mental health.

My daughter was born a second-class citizen. Born, with a rare genetic disease, during the run up to the Affordable Care Act (ACA) she entered the world with a preexisting condition. Even with the law, her life hangs in the balance subject to the whims of our insurer. The United States remains the lone developed nation without universal healthcare. Our government is failing us – it is failing her.

My children and I entered the busy chain restaurant before my husband to procure a table for four. He lagged behind, still on the phone with the insurance company, trying to ensure the anti-seizure medication our daughter was about to run out of would be covered and delivered by the specialty pharmacy. He soon joined us, ear buds in place, and continued his conversation with our insurer well into our meal. We live a life many cannot comprehend. One that is marked by hours spent on the phone negotiating with our insurer, fear that the doctor visits, medications, therapies, and procedures our daughter needs to stay alive will be withheld, and a constant unease that our government will fail her and she will become uninsured.

Prior to 2010 there was little regulation of health insurers in the United States. In the years after President Barack Obama was elected, the Democratic majority Congress first introduced and passed a health reform bill know as HR 3962. The Senate passed an alternative form of the bill on December 24, 2010 known as the Patient Protection and Affordable Care Act; what we have come to know as the Affordable Care Act (ACA). According to the Henry J. Kaiser Family Foundation,

“The ACA builds on the foundation of employer-based coverage and fills gaps in insurance availability and affordability by expanding Medicaid, the health program that provides insurance for low-income and disabled persons, for adults with incomes at or below 138% of the federal poverty level ($16,753 per year for an individual in 2018) and providing premium tax credits to make private insurance in the individual market more affordable for many with incomes between 100-400% of poverty (between $12,140 and $48,560 per year for an individual in 2018).” (1)

My daughter was born a second-class citizen. Born in 2009 with a rare genetic disease, during the run up to the introduction of ACA, she entered the world with a preexisting condition. Compared to those who are healthy, she did not receive “equal protection under the law”. Prior to the ACA, she was afforded no protections for her preexisting condition, was subject to lifetime and yearly spending caps, high out of pocket maximums, vulnerable to the insurance company canceling her health plan simply due to her illness, and had limited rights to appeal a health care decision. The ACA guaranteed her a fighting chance at life.

Since its inception, there have been several attempts to dismantle the ACA. Every attempt feels life-threatening to us. Insurance coverage – with regulations that guarantee that preexisting conditions are covered, with affordable premiums, without spending caps and capped out of pocket maximums – is vital to my daughter’s survival. A change to the Republican Trump administration in 2016 renewed fears that the ACA would be dismantled. Private health insurance works by grouping policyholders together in what is called a “risk pool”. Every policy holder pays premiums, but only some make claims. It was thought that if healthy people were required to buy health insurance the risk pool would be sufficiently large to have enough money to cover the costs of the ill; therefore, reducing costs of health insurance premiums. In addition, a main tenant of universal health care is that all people have access to and are covered by insurance. In a move towards universal health care, the ACA required all persons to be insured under what was deemed the ”individual mandate” as an incentive to obtain and keep coverage there was a financial penalty for being uninsured.
There were many cases regarding the constitutionality of the ACA , which held that the individual mandate was a penalty and therefore not legal. The cases went all the way to the Supreme Court where it was ruled that the individual mandate was a tax, which the Congress has power to enact; this became a major protection of the law. In December 2017, Congress purposely threw out the tax penalty for the individual mandate that was integral to the law’s survival, in the hope that the law would be challenged again and held to be unconstitutional. Moreover, funding was cut to the ACA by the Trump administration. Without the tax mandate the ACA was open to cases questioning its constitutionality again; this meant the whole law could be in danger. Texas and 19 other states challenged the entire law calling it invalid. Most recently, the challenge appeared in the 5th Circuit Court of Appeals leaving our daughter and millions of other American lives in the balance (2).


Even with the law, my daughter’s life hangs in the balance, subject to the whims of our insurer and my husband’s employer. Even with the ACA, the majority of Americans receive private health insurance plans through their employers. Each plan is different, providing different levels of coverage and benefits, with a varying level of out-of-pocket cost. The insurer also has the ultimate say on whether a benefit is covered or not. Getting our daughter’s many doctor appointments, medications, and procedures covered often requires both the doctors’ offices and us to contact the insurance company and prove each service is medically necessary prior to such services being rendered.

Towards the end of the phone call, my husband looked at me and simply shook his head. We wouldn’t be getting her medication. A medication that she was on since she was one year old. She is now nine. It was a Friday; we would have to restart the battle on Monday. We spend countless hours on the phone with our insurer, specialty pharmacies, and the doctor’s office each week to maintain our daughter’s life. She requires ten medications, many of which cost upwards of $25,000 per month without insurance.

Our government is failing us – it is failing her. As her mother, insurance and the status of the ACA are a constant source of worry on top of her already anxiety-provoking illness. The United States remains the lone developed nation without some form of universal healthcare. (Here’s why this is even more important during the COVID-19 pandemic). According to the World Health Organization (WHO),

“Universal health coverage is defined as ensuring that all people have access to needed health services (including prevention, promotion, treatment, rehabilitation and palliation) of sufficient quality to be effective while also ensuring that the use of these services does not expose the user the financial hardship”.

While universal healthcare is not synonymous with government-only health care, it does mean that a government plays a large role in regulating health insurance coverage. Until the United States implements some form of universal healthcare, my daughter will remain a second-class citizen with limited right to equality than those born healthy, subject to neglect by the powerful insurance industry, and with limited socioeconomic opportunities due to the tie between insurers and employers.

Our daughter’s health status affects the entire family. I had to quit my full-time job following her birth not only to directly care for her, but to manage her healthcare – a large portion of which was dealing with insurance companies. My husband was locked in his job due to fear of losing the insurance that we so heavily relied on. Moreover, he was limited in his career growth due to this “job lock”. Stuck in an underpaying job, we accrued heavy medical debt due to large copays and necessary uncovered therapies our daughter required. Each state has varying local laws governing health coverage, therefore we remained in a small home unable to move to another state with a lower cost of living due to fears of the difference in coverage. When the time came, moving jobs required countless hours on the phone advocating for our daughter’s medications, procedures, and therapies to continue and be covered. We have all become second-class citizens.

Until and unless the United States adopts some form of universal health care, we will remain second-class citizens. The time has come to provide equal protection to the healthy and the sick in the United States.