Governments and congregations: the interaction between policy and religion in the public arena 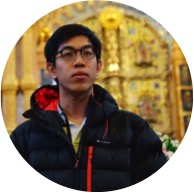 Nicholas Lim is a graduate of Physics from Nanyang Technological University, Singapore. He hopes to pursue a Ph.D in Physics and Philosophy in the near future. His beliefs in the power of narratives and interdisciplinary thinking led him to co-found and take on the lead editor role in Cogito Collective.

The “liberal” state relies heavily on maintaining a strict neutrality with regard to religion, which leads to religious communities adopting closed-door policies. Here I argue that the role of the state is to actively shape and protect public discourse on religion and inter-faith dialogue. This can help to reduce the instances of extremism through healthy dialogue.

All citizens hold their own beliefs, and their worldviews are so deeply rooted in their beliefs on religion that it is impossible for them to reason in the public sphere while completely leaving their religious beliefs aside. This was the starting point of Jürgen Habermas’ essay “Religion in the Public Sphere” (1). He then proceeded to delineate the boundaries of political secularism, and how a liberal, secular state should maintain a strict separation of church and state. “Secularism”, in this case, is used as a placeholder for the concept of the separation of “church and state”, i.e. that religions should not influence policy making at the state level (I will use “secular citizens” to denote citizens without a religious belief). Religious citizens should also be able to translate their religious worldviews into secular reason, so that each citizen can properly understand their worldviews and then engage in proper discourse in the public sphere.

This analysis is deeply rooted in the Enlightenment belief that humans are willing to engage in proper debate, and that the state should maintain the strict secularism of the public space. This isn’t always true, however, as we see in the rise of radicalism in Western nations, be it from conservatives brandishing Christian reason to justify social policies, or militant atheists calling for the complete removal of all religious influences from policymaking. In the face of these realities, how should the state respond to the growing isolation of religious communities, and the increasing trend of fundamentalism?

For this article, I shall define “religion” as any system of beliefs that discusses spiritual matters, which will include atheism under this label. This excludes areligious citizens and apatheists (people who do not care about religion). This of course does not mean that states should restrict the freedom of religion. The Cuban constitution, perfectly worded, “recognizes and guarantees freedom of conscience, the right of each one to profess any religious activity and to practice oneself, in the respect of the law, the worship of his preference” (2). The freedom of religion is one of the fundamental rights that should be accorded to every citizen.

The nature of religious beliefs is that they claim to hold a “universal validity”, and claim to be able to explain every aspect of life. The problem, however, is when these worldviews rub against one another, leading to the rise of hyper-conservative beliefs. By demanding that religious believers abandon the universality of their views to conform with a secular state would necessarily involve dissonance within religion at the personal and communal levels. Individuals would have to contend with fitting their religions into their political contexts, and religious communities would have to answer to the demands of the state.

I believe that a state should prioritise communal freedoms over personal freedoms, i.e. they should prioritise the harmony of the state and the freedom of society as a whole to function properly, over the freedom of individual citizens or groups to cause societal harm. An example of this would be Xi Jinping’s call for “the principle that religions in China must be Chinese in orientation” (3). For religions to exist harmoniously within the state they need to “adapt themselves to socialist society”, which means to prune out their extremist elements for the greater benefit of society. As mentioned above, the Cuban constitution necessitates that religions are in accordance to the law. This necessitates the interference of the state in some groups to remove deviant beliefs. How this can be arbitrated will be discussed later in this essay.

In a multicultural society, the state has to be prepared to face religious believers with diametrically opposed worldviews that cannot be reconciled beyond a superficial level. A completely areligious public sphere forces the more radical parts of these worldviews to remain within their respective communities. Furthermore, by giving these religious groups institutional and moral sovereignty outside of the state, this would embolden them to make proclamations that will necessarily cause larger tears in the fabric of society. For example, extremist groups can grow within religious communities, which claim that other religions are wrong and remove incentives to engage with them in good faith, claiming a moral high ground to launch attacks on them.

Asking the liberal state to maintain a strict neutrality in the face of diametrically opposed beliefs is to sweep these philosophical differences under the carpet and to put on a “public united front”. A mature democracy is one that allows citizens to engage in public discourse, and it is the job of the state to ensure that there is a safe, neutral arena for these discussions to take place. Instead of relegating religious reason to individual communities, the state should foster engagements within the different religious groups – not to find compromises, but to create understanding. Secular citizens should also make efforts to understand different religious viewpoints, and in this way understand the origins of these belief systems and the conditions for which different religious reasons arise.

The goal of religious discourse should not be to convince, but to understand. This freedom of debate in accordance with laws should be guaranteed by the state, which can ensure the neutrality of the backdrop where this discourse occurs. In this way, religious communities can understand each other better, and extremist elements can be smoothed out through healthy dialogue and discussions. Secular citizens can also have a better understanding of their religious brethren and not assume that people of faith indefinitely suspend their rational minds.

In public discourse, then, who determines what is acceptable? Religious worldviews should be subsumed under the unity of the state and the fundamental rights of citizenship. The principle of separation of church and state should be held in tandem with dialogues between the state and the religious communities. A democracy should involve the state being in constant communication with its citizens, and in order to be a successful neutral arbiter it has to understand the needs and traditions of each religious group.

The best way to achieve a healthy public discourse is through education. Coming from the Christian tradition, I have had the privilege of learning from the Islamic, Taoist, and Atheistic traditions, and my church has organised tours to other places of worship to learn about other religious cultures. Through this, believers in the church are dragged out of their comfort zone to experience different traditions, and through that have a better understanding of their neighbours. Assuming that people tend to stick within their own communities, it should be the job of the state to advocate the integration and mutual appreciation of different religions to achieve religious harmony.

By protecting the freedoms of dialogue and learning, rather than that of hate speech, interfaith exchange will likely lead to an increase in social unity and a decrease in hate crimes.