Poetry must seek the other 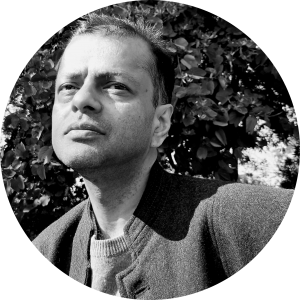 Manash is a poet, writer, translator and political science scholar. He is the author of "Looking for the Nation: Towards Another Idea of India" (2018). His first collection of poetry, "Ghalib's Tomb and Other Poems", was published by The London Magazine (2013). He frequently writes for The Wire, and has contributed to The New York Times, Al-Jazeera, Los Angeles Review of Books, Guernica, The Hindu, Outlook, Economic and Political Weekly, among other publications. He has also contributed in Words Matter: "Writings Against Silence" (2016), and "India Dissents: 3,000 Years of Difference, Doubt and Argument" (2017).

This short essay reflects upon the political and social relationship between poetry and modernity. It picks two moments to articulate a wider trend in what is a more complex story: one, the coming of capitalist modernity in America and Europe, finding contrary voices in the poetry of Walt Whitman and Charles Baudelaire, and two, the contemporary crisis of our modernity, exemplified in the voices of poets like Paavo Haavikko, Najwan Darwish and Ilya Kaminsky.

Let me begin by quoting a man far removed from discussions on poetry, but who has nevertheless left us an interesting insight into the role of poetry in modern democracies. Here’s the French political scientist and historian, Alexis de Tocqueville in his classic, Democracy in America, originally written in 1835:

“I am not afraid that the poetry of democratic peoples will prove timid or that it will stay very close to the earth. I am apprehensive rather that it will lose itself in the clouds at each moment and that in the end it will depict entirely imaginary regions . . . offer immense and incoherent images, overloaded depictions, and bizarre composites, and that the fantastic beings issuing from their minds will sometimes make one long for the real world.” (1)

This is an illuminating foresight by Tocqueville, if you consider what exactly he has in mind regarding the poet who produces these “fantastic beings” in her head that prevents her from depicting reality. A few paragraphs before the quotation above, Tocqueville mentions, the poet in a democracy he is most concerned about is the one who is “habitually occupied in contemplating a very small object, which is himself.” (1)

It is the poet’s abstract preoccupation with the self that makes the French thinker apprehensive about the real worth of her poetry. Poetry of the self can go the Charles Bukowski way, or the Adrienne Rich way, Anne Sexton falling in between. The three poets represent for me, respectively: indulgence, meditativeness and forthrightness.

The world needs poems it can relate to, as much as poems that question it. In our times, the stature of poets is no longer exemplary, but poetry is flourishing. It is a good thing, where poetry is breaking the monopoly of the cultural elite and basking under a wider sunlight. But the ambition of poetry cannot get smaller. Social media dictates popularity, not quality. Poems that have passed the test of time are difficult, but still inviting. The poetics of the self is not to be served on a platter like salad.

Democracy opens up a new world of relations and challenges. The poet wakes up to its possibilities, concerns and wounds, in language. Even before s/he puts words on paper, the poet is expected to feel the vibrations of this world in her heart. Vibrations full of desire and disturbances. The poet, who fails to look out, fails to look in.

Walt Whitman comes immediately to mind. His famous collection, Leaves of Grass (2) (written in 1900) is a testament to the early spirit of democracy. When he writes, “Do I contradict myself? / Very well then I contradict myself, / (I am large, I contain multitudes.)”, he makes a deft move to take the self beyond the apparent inconsequentiality of contradictions, and submerge itself into the vast crowd of modernity. The reader is invited to break out of the alienating traps of the modern condition, and embrace its fullness. In Leaves, Whitman writes:

“STRANGER! if you, passing, meet me, and desire to speak to me, why should you not speak to me?

And why should I not speak to you?”

The world of strangers holds a grand promise of familiarity. The modern world of arcades and marketplaces, its cafés and cultural festivals, leave us overwhelmed. They are also sites and occasions where alienation multiplies. The crowd is the social invention of capitalism, where people face each other as strangers in public. Poets like Whitman seek to overcome this paradox of proximity and distance.

In contrast, Charles Baudelaire’s flâneur is content to play the observer and report on city life. The lyric power of Baudelaire’s observations makes his pathos tremble with fierce imageries. He pauses on society’s underdogs and offers us a glimpse to their lives. In the poem, ‘The Ragpickers’ Wine’, Baudelaire bares their wretched condition:

Bruised by hard work, tormented by their years,

Each bent double by the junk he carries,

There is a double shock value in these lines that convey the shock of the urban condition, as well as intent on shocking privileged readers who willfully ignore underprivileged lives. Walter Benjamin critically measures Baudelaire’s poetics as a unique modern phenomenon, where “the shock experience has become the norm” (4).
Modern capitalist societies have the unique capability of consuming criticisms against it. Life and its concerns are dictated by the marketplace, where goods are bought and sold, where new trends appear, and the old disappear. The smell of criticism is flushed out, and hands are washed off from all concerns, aesthetic or moral, with toilet paper. Poetry that is not consumable finds it harder to survive in such a society.

Since we are living in the age of the Anthropocene, the late poet from Finland once known as Europe’s best kept secret, needs to be invoked more often. Poet and aphorist, Paavo Haavikko writes in ‘Speak, Answer, Teach’:

“When people begin to desire equal rights, fair shares, the right to decide for themselves, to choose one cannot tell them: You are asking for goods that cannot be made.”

Haavikko prefers to understand society from the opposite direction, through its limits. The tone of irony that pervades his writing is remniscient of W.G. Sebald, the late German naturalist, who left behind meticulous pages on human loss. In the same prose-poem quoted above, Haavikko writes,

“When history lectures, fools still make notes. Though there’s the street outside. Events, not trends.

The big moment is when the oppressed becomes the oppressor. That’s when history takes a deep breath and starts lecturing.”

Markets are blind and deaf to history. They open shop after every massacre and catastrophe, and divert life into business as usual. For the market, we are merely transactional beings. The other problem is more ironic. There is a cyclical inevitability to the logic of history, where oppressor and victim merely change names. No one knows it better than Palestinians, facing the Zionists. And no one knows it better than the poet, Najwan Darwish, who writes in the poem, ‘In Hell’,

They put the gas chambers

In one stroke, Darwish draws a continuity in the technological ‘progress’ of barbarism, from what the Nazis did to the Jews, and what Israelis are doing to Palestinians. And yet, Darwish’s poetic self transcends his cultural location to embrace the other victim of history, speaking like a Palestinian Lorca: “And my scorn for Zionists will not prevent me from saying that I was a Jew expelled from Andalusia and that I still weave meaning from that light of the setting sun.” (5)

Haavikko thinks history no longer has anything new to teach us. In another aphorism, Haavikko mentions the “war against nature” as analogous to a war “against the human mind”. He shifts his gaze to what concerns us most today, as there is a political rise of fascist regimes in the world, and more worryingly, a growing social sanction behind it:

“What makes a great power great, a great enemy, and why the enemy must not be too great. And what is the maximal minimum size of the enemy. Such as will neither grow to excess nor slip through the hands. For then the great power will choose its next enemy, the one that is always to hand, the people it owns and puts its stamp upon.”

Haavikko’s sense of irony comes from his gentle, matter-of-factly tone. The enemy must be as manageable as a forest to be destroyed. The enemy is (as unpredictable as) nature. The nature of the enemy is always a matter of fear and awe. The enemy must neither overwhelm, nor disappear from sight.

It reminds me of the present horror unfolding in the detention centres in Assam, and the lynching of minority bodies in India. The state owns minority bodies, like it owns the trees of the Aarey forest in Maharashtra that were felled in thousands, to build a Metro station. People and trees become casualties in the new development drive. The ecological crisis mirrors the social, and both raise political questions. ‘Development’ is not just a majoritarian project against minorities. It is also a species project, regarding the superiority of human beings over nature. They are registered acts of ownership, marked on the page. Biblically speaking, it is the “mark of the beast”.

Ilya Kaminsky’s Deaf Republic takes us to the centre of the ethical crisis currently haunting the world. Irony takes on a bitter tone, and bangs on the door of conscience, as we read about the moral deafness that envelops the world:

“It is a peaceful country.

We pocket our phones and go.

to pick up the kids from school,

Ours is a country in which a boy shot by police lies on the pavement for hours.

We see in his open mouth

Kaminsky writes of America, but he could have written of any other nation, including India. When the nation shouts about its tolerance, it is nothing but a vulgar political strategy to shout down the reality of its intolerance. The open mouth of the victim, or the body of a felled tree lying on the ground, or an elephant run over by a train, are analogous images of a nation’s technology of self-destruction.

Whitman’s stranger has a name and a religion. The meeting carries a heavier responsibility of political and ethical recognition. Democracies have come to mirror the violence of fascist and totalitarian societies. Tocqueville’s paradoxes on the promises and constraints of democracy are too sober for our times. The paradoxes are breaking apart in the nation’s pavements, its curfewed cities and detention centres.

Sebald wrote in Austerlitz: “We learn from history as much as a rabbit learns from an experiment that’s performed upon it”. History is marking its claws upon our backs. We are the rabbits of history, and its grand scientific project. It is no coincidence that every fascist and totalitarian power also simultaneously seeks to invent a new science. The bizarre scientific experiments in erstwhile Soviet Union (7), and the racist Darwinism in Hitler’s Germany, testify to this. The point about science is, it isn’t outside the ideology of power. Science is as good and as bad as the rationality of power, and it has been ruthlessly used against others. War is the limit of the scientific imagination.

The task of poetry is to speak to others. Whitman’s strangers are the migrants of today, who need to be welcomed. It is also poetry’s task to tell us unpleasant things, and keep the craft of Baudelaire alive. There is no self that is worth chasing in poetry if isolated from the world that is dying and disappearing before our eyes. Poetry must seek the other.