Will a general election solve the UK’s Brexit problem? 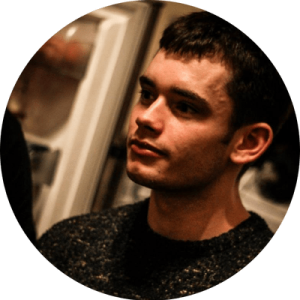 Recently a motion was passed in the UK parliament to allow a general election to take place on the 12th December 2019. The main reason for this is the long-standing failure of the House of Commons to agree on the UK withdrawal from the European Union. Ministers believe that a general election will allow people to break the deadlock in parliament, with the formation of a majority government that is able to pass legislation without strong opposition. In this article I discuss why a general election is unlikely to solve the UK’s Brexit problem.

In 2016, the UK had a referendum on whether to leave or remain in the European Union (EU). With a narrow majority, the referendum was won by the Leave campaign, with 52% for Leave against 48% for Remain. Although the result was conclusive, the voting patterns of the population highlighted a stark contrast between different groups within the country. There were clear differences in voting demographics, such as between different age groups and between different regions of the UK, for example (1). Interestingly, previous voting history does not appear to correlate with a particular position on Brexit, and many people who normally do not vote participated in the 2016 referendum, as evidenced by the high voter turnout of 72.2%.

The current UK prime minister Boris Johnson has managed to negotiate a withdrawal arrangement with the EU, and this passed its first parliamentary stage in the House of Commons by a narrow majority. However, the timing within which to implement this withdrawal has gone beyond the 31st October, the time set out by Boris Johnson in his campaign to become leader of the Conservative party and thereby leader of the country, although this time limit was part of an extension period determined by the EU. He was legally obliged to ask them for another extension to negotiate a deal according to the Benn act, which was passed to prevent a no deal exit. Although the withdrawal agreement has been passed, the bill to implement it has not, and therefore this will also need to achieve a majority to finally leave the EU. This could end up frustrating members of parliament (MPs) as well as the entire population of the UK and EU countries for an indeterminable amount of time.

Why has Brexit become such a serious problem for the UK parliament? How can a political institution that has functioned for centuries be crippled by a single issue? The fundamental difficulty is caused by attempting to combine parliamentary and direct democracy. The parliamentary system relies on the public, who are divided geographically into constituencies, to elect a representative to make decisions on their behalf in parliament. This is how the UK parliament normally operates. The direct system requires the public to vote on particular matters directly. Arguably this is the more democratic system, but due to it being much slower, more expensive, and requiring the general public to be knowledgeable on several things in order to make informed decisions, most democracies have a system of representation.

The 2016 referendum was an example of direct democracy, in which the general public voted on a particular issue directly. They reached a decision to leave the EU, which was opposed by the vast majority of MPs at the time of the referendum and who are now required to implement the decision. This conflict does not normally occur, since the general public rarely have a direct say in such a technical and multifaceted issue. The decision to hold this referendum (and referenda in general) appears to be completely arbitrary. Why have a vote on EU membership, but not on whether to go to war with Iraq? What is given to parliamentarians to decide, and what is directly voted on by the electorate? Would this be based on the seriousness, simplicity, or sensationalism of an issue, and if so, how would this be determined?

Whatever the reason, the UK now faces a difficult situation without a clear path to its resolution. For this reason, a general election is now believed to be the only way forward.

The 2017 general election was held with the aim to increase the majority of the Conservative party in parliament, thereby making it easier for them to pass legislation for their version of Brexit. As it turned out, they actually lost their parliamentary majority, and instead had to form a minority government through a confidence and supply arrangement with the Democratic Unionist Party (DUP) of Northern Ireland. The DUP are a pro-unionist party who are dedicated to remaining a part of the UK, in contrast to nationalist parties who are supporters of an independent Ireland. This of course complicated the UK’s negotiation strategy with the EU, since they needed to satisfy the DUP with respect to the Northern Irish border with the Republic of Ireland, an EU member. The DUP were strongly opposed to establishing a hard border with the Republic of Ireland, which the EU was suggesting in order to control the movement of goods and people between the UK and the EU. The current deal has prevented a hard border with custom checks between the Irish nations, but there would be checks between Northern Ireland and the rest of the UK. This type of division between Northern Ireland and the rest of the UK is strongly opposed by the unionist party, who feel that the EU should have no say in how the UK’s internal borders are controlled.

One reason for this electoral disaster for the Conservatives was in part due to their domestic policies, which have overseen austerity measures that have reduced public spending in many areas of the country. Clearly, most people expected the election to be entirely based on Brexit. Notably, both of the main political parties, Labour and the Conservatives, campaigned with the promise to deliver the result of the referendum and leave the EU, leaving domestic issues as their points of contention.

Despite already having had a post-referendum general election, parliamentarians agreed to another one in December 2019. Is this necessary? Since parliament has been in a state of deadlock since 2017, it would be sensible to try to remove this in order to make progress. With no majority in parliament, debates in the House of Commons typically result in no decision being taken, with most motions being rejected by parliament. This has frustrated many, since it appears that nobody can agree on how (or whether) they want to leave the EU, and other important domestic issues are being debated much less. Prior to the recent withdrawal agreement, previous withdrawal agreements were repeatedly rejected by parliament (no less than three times) and resulted in the UK having to ask the EU for an extension to negotiate a deal. As this is a recurring issue, changing the composition of parliament may be both necessary and desirable.

The positions of the two major parties have also shifted during this time, and therefore the general public should have a say on which position they agree with the most. Under Boris Johnson, the Conservatives have shifted to a harder position on Brexit, with less alignment with the EU in several respects. The Labour party have also altered their Brexit policy several times since 2017, with their most recent position being to negotiate a new deal with the EU but having a new referendum to decide whether to implement it. Interestingly, Remain would be an option in this referendum, and the Labour party would campaign for this. Since the Brexit positions of the major parties are fundamentally different from those of 2017, perhaps the public should be allowed to choose their government again. Even though many voters will not have changed their position, many of the MPs who represent them have, and it follows that people should be able to decide again based on what the candidates are currently standing for.

Would the outcome of this election be likely to solve anything? I believe that this will not provide a definite solution to the current situation. Firstly, divisions within the main parties with respect to Brexit make it difficult to predict how they will vote in parliament. Never before have the major parties been so internally divided with regards to policy, with many MPs voting against their official party positions. This includes Labour MPs who voted for Boris Johnson’s Brexit deal or Conservative MPs who voted against their party to support the Benn act and Letwin amendment. This ensures that the withdrawal from the EU will not proceed until Parliament has passed the legislation to enact it. In the most extreme cases, this has resulted in many MPs leaving their party and attempting to form a new political group, such as Change UK (also known as the Independent group), a centrist group with the aim of remaining in the EU.

Secondly, it is likely that support for the two main parties will be reduced, since smaller parties that directly appeal to the multiple opinions on EU membership can divide their voter base. The Liberal Democrats, a smaller political party currently lead by Jo Swinson, are campaigning on a “Stop Brexit” platform to overturn the result of the referendum and remain in the EU, with no additional referendum to reach this decision. On the other end of the spectrum, the Brexit party (a newly formed party led by Nigel Farage), is campaigning for a clean break from the EU, and suggests that the current withdrawal agreement would not be leaving the EU in a meaningful way. This targeted strategy is intended to win votes from people with a specific, rather than a general view on Brexit, and is likely to split the vote for both Labour and Conservative parties. Although the referendum was a simple yes or no decision, there are obviously several different positions on what people actually voted to do. With these specific positions on Brexit, perhaps it will be an even more accurate reflection of the opinions of the British electorate on EU membership than the referendum itself.

The 2019 election is likely to result in either no majority, or a very narrow majority in parliament, which is practically the same as the current situation. However, the formation of a coalition government is the most likely outcome. Depending on which of the two main parties form the UK government, it will surely be the coalition partner that plays a guiding role in strengthening their Brexit position, either in the direction of Remain or Leave.