Days of future past in Bolivia: memory and protest at the start of the post-Morales era 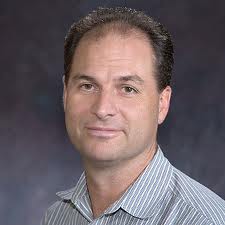 Robert lived and worked in Bolivia for several years in the late 1990s, with multiple return visits. His book, Roosters at Midnight, examines the politics of indigeneity in a small Bolivian city. As a sociocultural anthropologist who hangs his hat in American University’s Center for Latin America & Latino Studies, he continues to keep close tabs on events there. When not engaged with Bolivia, he writes about global cultural policy.

Controversy over the legitimacy of Bolivia’s presidential elections this past October led to large-scale protests and street violence. Longtime president Evo Morales was forced to seek asylum, and the country’s caretaker president appears to be promoting the return of right wing rule to a country that for more than a decade has seen the advance of the rights and well-being of its indigenous majority. But Bolivia is historically a country with a high level of social mobilisation, where popular and indigenous identity incorporate the memory of past protest, and any effort to undo Morales’s legacy of decolonisation will be met by sustained resistance.

As the aftermath of October 20th’s contentious presidential election continues to reverberate in Bolivia, the country has seen continuous street protests and blockades of major cities by largely indigenous supporters of former president Evo Morales, raising fears of food and gas shortages. Recent weeks have seen relatively calm protests, marches, and blockades, punctuated by occasional violence. To date at least 33 people have been killed, with many more injured. While Evo, as he is known in Bolivia, tweets and gives interviews from his asylum in Mexico, former supporters confront emerging realities. Protesters supporting Evo’s ouster have been clashing with indigenous protesters and backers of Evo’s party, the Movement Toward Socialism (MAS), who are justifiably concerned that the many gains made on behalf of the country’s indigenous majority might be rolled back by a right-wing cabal that appears intent on seizing control of the country once again.

In the weeks following the disputed election, the street protests precipitating Morales’s exit took on an increasingly millenarian turn. As protests gathered momentum and as opposing activists clashed in the street, Luis Fernando Camacho – a leading opposition figure from Santa Cruz, multi-millionaire named in the Panama Papers, reputed conservative Catholic, and vocal right-wing critic of Morales – carried a resignation letter to La Paz for Morales to sign and a Bible, accompanied by a priest who loudly declared “the Pachamama will never return” to power in Bolivia, disparaging an indigenous Andean fertility and earth mother figure. Anti-Morales protestors, meanwhile, burned whipalas, the flag of indigenous resistance and identity, which Morales elevated to official status and had been a ubiquitous feature of his public interventions while president and during campaign rallies. Some police officers also opted to cut the flag from their uniforms.

Much ink has been spilled in recent years diagnosing the retreat of Latin America’s so-called pink tide and the emergence of new right-leaning populism. After almost fourteen years of MAS and its project of indigenous enfranchisement, preceded by at least five years of almost continuous protests against the former Bolivian government, are we witnessing the end of an era in Bolivia as well? Morales’s supporters in Bolivia fear exactly that. But Bolivia is a more complicated place, and it would be unwise to view what’s happening there through such a bifurcated lens of left and right.

Announcing his resignation, and before opting for asylum in Mexico together with Morales, vice-president Álvaro García Linera proclaimed, “We will return, and we will be millions.” More than thirteen years earlier in 2006, placards enthusiastically bobbed in a sea of mostly indigenous Bolivians celebrating Morales’s inauguration among the ruins of Tiwanaku, reading “We have come, and we are millions.” In the 18th century the rebellious forces of indigenous Aymara leader Tupaj Katari besieged La Paz in what was then Upper-Peru – for six months (1). Before being executed and dismembered in 1781, he is reputed to have spoken the words Morales would repeat when resigning. Tupaj Katari and the whipala emerged as key inspirations and symbols for the Aymara kataristas’ project of indigenous recovery in the 1970s-80s (2), a legacy which Morales and his MAS would largely inherit.

The inauguration celebration at Tiwanaku has been described by Xavier Albó – Jesuit anthropologist and long-time observer of Bolivia’s indigenous politics from his vantage point in the largely indigenous city of El Alto – as a moment of “ethnogenesis” (3). Morales and members of his administration often referred to his tenure in similar terms. In many public interventions, then foreign minister and Aymara intellectual David Choquehuanca referred to Morales’s presidency as a pachakuti – a healing of the dismembered indigenous body, and restoring of balance, with the predicted return of a past of indigenous flourishing (4). Morales and the MAS’s project of the decolonization and “refounding of Bolivia” was, in other words, often treated by supporters as a realization of Tupaj Katari’s prophecy.

But the regular invocation of this Quechua term, pachakuti – which combines “pacha,” time or space, with “kuti,” upheaval or revolution – suggests more than a prophecy fulfilled. It expresses how many Bolivians of indigenous descent – a majority in this country – understand the country’s history of social mobilization and dissent. Morales’s presidency was preceded by years of direct action protest and mobilizations by popular-indigenous coalitions fed up with a political status quo that largely maintained indigenous second-class citizenship while facilitating sweetheart deals for transnational corporations to capitalize on Bolivia’s natural resources. The Water War in 1999 (5) and consecutive Gas Wars in 2003 and 2005 (6) featured constant protest marches and spectacular mass rallies in major cities that eventually forced out two presidents.

These punctuated moments of social mobilization also featured multiple grassroots “referendums”, with ordinary Bolivian’s voting in large numbers to register their views on a range of issues about what to do with the country’s non-renewable water and gas resources. Such referendums are examples, writ large, of the everyday exercise of popular-indigenous direct democracy in this country, as it is practiced in diverse base organizations, from indigenous communities to factory and agrarian unions (7). Large-scale protests are often coordinated actions of these base organizations. In 2016 Morales organized a referendum of his own on whether Bolivians would agree to the suspension of term limits so that he might run for a fourth term. He lost, and his decision to ignore the result of such a national exercise in direct democracy compromised his legitimacy among some former supporters. Evo was perceived as no longer “leading by obeying,” a phrase he has used often over the years, likely borrowing from another movement of indigenous empowerment – Subcomandante Marcos and Mexico’s Zapatistas.

Among the most mobilized societies in the hemisphere (and, likely, the world), Bolivia has a long history of social protest and collective action. It has been estimated that over the past half century the country has averaged at least one “social conflict” per day. If Bolivia’s post-election upheaval is notable, it is not unprecedented. But the millenarian discourse of pachakuti makes it clear that popular and indigenous protests in Bolivia activate traditions of direct democracy that conjoin collective memory with collective action. Among grassroots movements, such expressions of direct democracy are viewed as distinct from the operations of the formal democratic process, such as elections, and distinguish Bolivia from the types of unrest we see happening elsewhere across Latin America at present.

Since at least the 1970s, indigenous Aymara intellectuals have been engaged in a project to recover Aymara collective identity and to restore characteristic forms of Aymara social, cultural and political organization (8). Many of these have in fact been enshrined in Bolivia’s 2009 Constitution. The linchpin of this project of recovery and revitalization has been attention to the longue durée of Aymara collective memory, from the pre-Colombian period to the present, not typically rendered as texts but performed through ritual, myth, cosmology and forms of social and political organization. It would be a mistake to understand Bolivia’s current or recent social upheaval exclusively in these terms, but the conjunction of memory with collective identity with direct-action protest, and upon which this project is based, is what connects multiple, often explosive, moments of social mobilization in recent Bolivian history.

In 1999, and spilling into 2000, a diverse group of factory workers, indigenous irrigators, environmental activists, and others, staged a series of large-scale direct action protests against Bolivia’s government’s decision to sell off the public water utility of the city of Cochabamba to a foreign transnational. Repeated protests that the “water is not for sale” forced the government to cancel the deal. The primary face of this Water War was Oscar Olivera, executive director of a nearby factory worker union. A few years later Evo Morales would emerge as a national political figure on his way to becoming president, in a similar role during the struggle over what to do with Bolivia’s natural gas reserves. Olivera described the efforts of these so-called “water warriors” as one of “restoring democracy” (9). He meant at once: the “democracy” won then denied in the late 1970s amid protests against then dictator Hugo Banzer and his participation in that struggle; but also the direct democracy of the union meeting, where everyone takes part and decisions are reached collectively; as well as the liminal camaraderie and social levelling of the ritualized sharing of food and drink accompanying these union meetings, called k’arakus in Quechua, or “one who serves.”

Aymara activists, factory union leaders like Olivera, and protesters defending the enfranchisement of Bolivia’s indigenous majority, all emphasize the role of memory as informing contemporary political struggle, If in reference to very different events, times and places. For each case, collective memories of struggle are themselves constitutive of interrelated and overlapping traditions of direct democracy, expressed again in particular moments of collective mobilization. Through direct-action protests, these indigenous and popular participatory democratic traditions have, in recent Bolivian history, regularly contested non-transparent or autocratic tendencies in national government.

The ascendance of Evo Morales and the MAS represented the success of one such grassroots social movement in accessing the mechanisms of state power. When Morales’s behavior became more autocratic, it put him at cross-purposes with Bolivia’s long history of popular-indigenous collective struggle. Though, if a small group of right-wing plotters marshalling behind an unelected caretaker president believe they can take Bolivia back to a time when economic and political elites ran the show, they have little understanding of their own country. Ordinary Bolivians have a long memory of collective politics and protest. Remembering the struggles of their forebears, they will take to the streets to defend it.