Social Media has replaced Print and will continue to 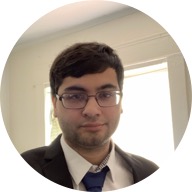 Alexander Blum is a freelance writer. He has written in the past for Areo Magazine, Quillette, and Arc Digital. He lives in California.

The President of the United States has unofficially sanctioned Twitter as his first location of national consciousness-building. The entire discussion around politics taking place among intellectual elites has gravitated from the pages of magazines and into the long tablets of individual Twitter feeds. We might believe that we are competent enough to sort through an infinitely updating database of information, and that we can be responsible for great stores of print literature amalgamated upon our heels in an ever-receding past. We might also imagine that this glut of information, incalculable in scale, is navigable, and that our democratic consumers are quite well informed. But those would be lies. The truth is that attention is scarce. There are not enough hours in the day to earnestly understand the latest scandals, let alone dip a toe into the wisdom of the past. Twitter presents a conundrum, an existential question to all who use it – can we live in the eternal present, or not?

The cultural critic Neil Postman’s masterpiece, Amusing Ourselves to Death (1), once took his scalpel to television as a medium of political, philosophical and religious discourse. Television, for Postman, promotes image over substance by its very mode of communication. Unlike print, television is not a coherent whole. Cuts occur every 3.5 to 5 seconds on average, keeping the eye busy. Content is carved into half-hour or hour-long segments. Sustained conversation, as in William Buckley’s Firing Line (1966-1999) (2), is an outlier. The preferred format is the short talking-head interview, or a collection of short quotes stitched together into a 60-second news story. Browsing YouTube, I constantly see videos with titles such as “Kant in 10 minutes” or “a 6-minute summary of Nietzsche”.

The political author Chris Hedges, a devoted advocate of print over digital media, once told me that you can’t understand Marx’s Capital through the spoken word. The sustained argument, Hedges maintains, is only comprehensible in the engaged experience of reading printed words frozen on the page. The most influential texts in history are exceedingly complex, and require the ability to analyze difficult ideas captured permanently upon the page. But this, as Hedges and Postman know, is merely a cultural preference. If the technology of the day can only permit slogans and mobs, then that is also the form in which the great texts of history will be conveyed.

Decades ago, a magazine would be mailed to its subscribers, who would then sit in silence with the printed words. Today, an article gets posted online, then is tweeted out to instant response. If it’s controversial, everyone checks whether it’s been ratioed or not, usually without reading the thing. Then everyone forgets. Public opinion has formed within minutes from the piece’s publication, as if removing the time between reading and responding has improved our thinking. It has only made us cruder, more simplistic thinkers.


In his critique of television, Postman wrote several passages that describe the Twitter ecosystem aptly. Postman describes the landscape created by television as “a peek-a-boo world, where now this event, now that, pops into view for a moment, then vanishes again”. This is the experience of watching a series of commercials for various ideologies. In one single minute of scrolling, one might come across a Sri Lankan shooting, the burning of Notre Dame, an argument about the Mueller Report, an argument about secularism, an argument about free speech, an image of a Japanese forest, an argument about artificial intelligence, and a heated opinion about any of the former topics that have just faded into memory and now pop back up again in new garb. Digital media is always playing peek-a-boo. Of course, there is nothing wrong with dabbling in peek-a-boo worlds, but Postman asserts: “The problem comes when we try to live in them.”

Tweets launched out in rapid-fire sequence connect seminal thinkers adeptly, making massive and unsubstantiated claims in brief propagandistic segments. Sooner or later, we, as consumers of this type of content, must ask ourselves: are we deluding ourselves into believing that this type of media is actually information? What if it is a simplified, less complex rendering that collectively makes us broader, less accurate thinkers? What if this change is occurring in all of us, whether we like it or not, because of the way we are used to engaging with information?

There is wealth, but there is also ‘illith’, that is, negative wealth. Stock buybacks, for example, are illith – they do not create anything, but merely produce wealth out of pre-existing wealth. In this way, productivity is separated from capital, and the rules of the market are broken. I believe a similar effect is occurring when it comes to human access to information. The rules of the ‘marketplace of ideas’ are broken. We are drowning in more ideas than ever, of a propagandistic nature, never settled and thought about, but always debated intensely between personalities whose egotistic investment in these theories is immense. It is what author Thomas Pynchon predicted to be “the heat death of ideas” (3).

Heavy multitaskers who spend entire days in and out of social media while at work, studying or performing household tasks have been shown to demonstrate a lesser ability to filter out unneeded stimuli arising from their environments and their own memories – causing our thoughts to resemble seeds cast to the wind. Yet, because all the information one could ever expect to know is likely online, we are also all responsible for it.

The result is something that calls to mind G.K. Chesterton’s lamentation of the tension between complex societies and human freedom: “Democracy, an ideal which is simple to excess, was vainly applied to a society which was complex to the point of craziness” (4). This was written in 1932, long before a single upload of the Twitter feed inundated you with unsubstantiated opinions on a dozen different topics, and before such a digital appendage to the world existed at all.

Christopher Lasch’s half-century-old theory (5) that our society has become saturated in narcissism would seem to find modern validation in the finding that online communication contains more information about ourselves as compared to in-person conversations. The ‘I’ is the star of online communication. Everything revolves around the subject prioritized by the medium, the eternal ‘I’ crying out into the void.

Neil Postman once cited French literary theorist Roland Barthes’ concept of myth as the essence of new technologies. Postman noted that Barthes “used the word ‘myth’ to refer to a common tendency to think of our technological creations as if they were God-given, as if they were a part of the natural order of things… Cars, planes, TV, movies, newspapers – they have achieved mythic status because they are perceived as gifts of nature, not as artifacts produced in a specific political and historical context”.

New media has already become myth. But Twitter, rather than a natural evolution of human discourse that was consented to by most people, is a single corporation that was founded about a decade ago. The success of this startup has incentivized the entire intellectual and political world to communicate on its terms, to distort all possible ideas into a series of slogans attached to image and text. Are we mere slaves to this phenomenon, or are we allowed to ask if Twitter is good or bad for us? If it is bad, can we choose to reject it, as members of a democratic polity with some unused veto power over new technologies?

If we cannot even ask these questions, then further innovations may come with still graver consequences. Transhumanist schemes such as Elon Musk’s Neuralink are working on technology that could lead to something like direct connections between human minds – transplanting the psychobabble of Twitter into your own internal monologue. If we cannot question the media developments of the past decade, how can we control the way we interact with ourselves a decade from now? We simply won’t.

While political debate rages on these new platforms, the technological architecture of our media landscape remains on autopilot. Websites such as Twitter, YouTube and TikTok have become mythology, taken for granted. But mass-market print media has been around for less than 600 years. The alphabet itself was only invented around 3,500 B.C. Each innovation in media technology changes the way we interact, and influences the values that we treasure. Print requires sustained attention. YouTube plays itself. One is far easier to use than the other, and as in most things, efficiency simply wins.

In the space of a generation, such changes become embedded in myth, the new normal, as Postman warned. And those alive today will not be around to speak for previous modes of discourse that afforded depth, sustained focus and individual thought, rather than provoking sudden spasms of reaction and abetting cynical audience-building gambits in the collective online consciousness.

At my worst, my own interior monologue has been dumbed-down and reproduced in the image of memetic Twitter language. Responding to an idea in my head with “Actually, no” or a snarky Twitter putdown feels natural. Thinking in stock phrases and clichés is a consequence of sustained digital media exposure. The medium naturally simplifies and conflates ideas into generic forms. That’s what it means to become a meme.

There is no author, and no end. It is unprecedented in its overwhelming speed. Right now, I have a copy of Lolita on my desk that I want to read, but I can’t look away from the screen for a second. Who has coronavirus next? Which country is affected? What is cancelled? What happened to Sanders? What happened to his movement? It’s all unfolding in real time. It’s the greatest show on Earth. And it’s now leading us – don’t think for a second that we’re leading it.