HBO’s My Brilliant Friend: a glance into the reality of child prodigies 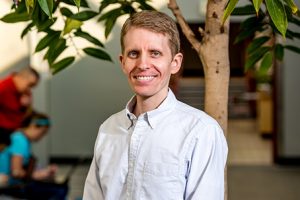 Alan Jern is a cognitive scientist and Associate Professor of Psychology at Rose-Hulman Institute of Technology. He writes about psychology and TV at OverthinkingTV.com.

My Brilliant Friend tells the story of a brilliant girl who is forced to abandon her studies due to the fact that her family can’t afford to keep her in school, causing her to fall behind her bright but less gifted friend. How typical is her experience of child prodigies? Long-term psychology studies show that these children do tend to be successful in life, but they often aren’t as successful as their early promise might indicate.

When My Brilliant Friend debuted in 2018, it was one of the best-reviewed shows of the year. The series has finally returned for its second season, currently airing on HBO in the US after finishing its run in Italy. The series, based on the bestselling book series by Elena Ferrante, tells the story of two best friends, Elena and Lila, growing up in a small village in 1950s Italy. It’s an emotional story about friendship, class, female oppression, and the ever-present pull of family obligations. It also features a tremendous ensemble of richly drawn characters, though the focus is always on Elena and Lila.

The first season begins when the girls are starting grade school. Elena is one of the best students in her class, but Lila quietly outshines her. She shocks their teacher with her ability to read and write before any of her classmates. When the teacher asks Lila who taught her, she responds with a terse but confident “me”. Lila is clearly what many would call gifted: what Elena can accomplish through diligence and determination, Lila can do effortlessly, leading Elena to both revere and resent Lila.

But due to Lila’s working-class family’s inability to continue paying for school and her father’s insistence that Lila join the family business, Elena ends up continuing her education without her. In a moment that is both touching and sad, once Lila realizes this will be her fate, she tells Elena that Elena will have to become her “brilliant friend”, and that she will live vicariously through Elena while she continues her studies. Their diverging paths after that moment strain their friendship and set the stage for the rest of the series.

Lila was clearly the brilliant one, but her childhood gifts didn’t translate into a life of conventional success. Her story raises a question: what happens to child prodigies? Was Lila’s misfortune a rare tragedy? To help answer this question, we can look at several decades-long studies of gifted children conducted by psychologists. As it turns out, in some ways, Lila’s story isn’t unusual.


The first major study of gifted children was started by Lewis Terman in 1921 (1). Terman tracked over 1,500 children with high IQs, and other researchers continued his study until some subjects were in their 80s (2). One of the findings of his study was that, while many of these children ended up with high-status careers, like doctors and lawyers, a large number ended up living fairly ordinary lives. Terman reported that subjects pursued careers “as humble as those of policeman, […] seaman, […] typist and filing clerk” (3).

35 years later, Freeman found what plenty of intelligence research has shown: higher IQ was positively correlated with later life success. But the gifted children weren’t necessarily future scientists, world-renowned artists, and political and business leaders. For example, Freeman writes that the 13 children in her study with the highest possible score on the Stanford-Binet IQ test ended up with diverse careers: “one became a professional gambler, another is a janitor for a sports club, one works in a bookshop, another is a full-time mother, […] one never uses his early PhD and works in IT” (4).

Even among conventionally successful types like doctors, professors, and engineers, psychologist Ellen Winner draws a distinction between experts and innovators. Experts have specialized knowledge of a domain; innovators change a domain. For example, Apple has plenty of expert engineers, but it had only one innovator, Steve Jobs. Winner points out that many child prodigies become experts, but few become industry- or society-changing innovators. One key reason, according to Winner, is that the traits that make a prodigy – the ability to rapidly master the skills of a domain – are fundamentally different from, and perhaps even opposed to, the traits that make an innovator: the ability and the will to change a domain (5).

But what about prodigies like Lila? Lila’s story illustrates one way a child prodigy might not develop into an innovator or even an expert. The key feature that distinguishes prodigies is their early mastery of expertise. But as Winner writes, in some cases, a prodigy’s expertise is frozen in time, due to a loss of intrinsic motivation to further develop their expertise or a fear of taking new risks that prevents them from learning new skills (5). In Lila’s case, it was a third factor that prevented her from advancing: her family’s lack of means. They couldn’t afford to pay for her continued schooling and desperately needed her to join the family business to help them get by. A life of studies that might have led to a professional career simply wasn’t available to Lila, no matter how intellectually gifted she was.

In other words, Lila was a victim of circumstances. Research suggests that, like in Lila’s case, socio-economic status influences the outcomes of child prodigies, as Joan Freeman explains:

“In spite of free educational opportunity and teacher encouragement, some never managed to fit comfortably into the cut and thrust of intellectually challenging work, following their low socio-economic status parents into relatively mechanical work” (4).

Children who perform at the very top intellectually do tend to outperform their peers as adults on multiple measures of success. But this is far from guaranteed. A lot can change before gifted children become adults, including their interests, motivations, personal and family circumstances, and their peers’ ability. Brilliant children like Lila don’t lose their intelligence, but for many reasons, many of them don’t end up running the world.