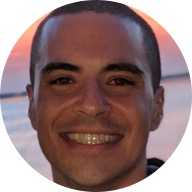 Logan Chipkin is a freelance writer in Philadelphia. His writing focuses on science, philosophy, economics, and history. Links to his previous publications can be found at loganchipkin.com, and you can follow him on Twitter @ChipkinLogan.

In the Western world, the vast majority of us are already libertarians in our private lives, in that we respect the nonaggression principle. That is, most of us do not initiate violence against peaceful people, nor do we employ other people’s property without their permission. Those who do initiate violence or steal others’ property, we label as criminals. Self-identified political libertarians simply wish to extend those implicit principles of nonaggression and private property rights to all members of society, including government agents. In this sense, political libertarians and everyone else already agree about ethical norms, disagreeing about the legitimacy of the actions of that single organization, the State.

In the years following 9/11, several public thinkers launched a rigorous, decade-long intellectual assault on religion. The famous (or infamous) leaders of this New Atheist movement were known as the Four Horsemen: the evolutionary biologist Dawkins, the friendly neighborhood philosopher Daniel Dennett, the biting polemicist Christopher Hitchens, and the monk-like cognitive scientist-philosopher Sam Harris. Their arguments survive in books, lectures, and recorded debates.

In Dawkins’ 2006 book, The God Delusion, he writes that “We are all atheists about most of the gods that humanity has ever believed in. Some of us just go one god further.” (1) He’s asking the reader to shift perspective: instead of regarding the atheist and the theist as endorsing entirely antithetical worldviews, the reader should recognize that they in fact see eye-to-eye in rejecting all of the other alternatives. For example, although the atheist and the fundamentalist Christian disagree with each other about the existence of the Christian god, they agree about the non-existence of the Jewish god, the Muslim god, and every other god that humanity has ever invented. From this perspective, the atheist and the theist are not so far apart – merely one god away from complete agreement.

The same kind of argument can be applied to libertarianism and its proponents. Firstly, what is libertarianism? One can define it in terms of either morality or politics. Morally, libertarianism is the idea that the so-called ‘nonaggression principle’ is universal and should be treated as such. This view is amusingly summarized by the title of Matt Kibbe’s book, Don’t Hurt People and Don’t Take Their Stuff: A Libertarian Manifesto. Politically, libertarianism is the doctrine that because governments only hinder economic growth, the government should therefore be small or nonexistent.

I’ve left many, many details out, but the curious reader may learn more about the arguments, economics, and morality of freedom elsewhere (2). This essay is not a defense of libertarianism per se. Rather, I wish to pull a Dawkins and show you how similar you are to libertarians already, regardless of your political positions.

In Western societies, we’ve already accepted the aforementioned nonaggression principle in the private sphere. One is expected to make an honest living, and, conversely, theft is frowned upon. Tell someone you earned your fortune by climbing the ranks of a corporate ladder, or founding a successful company, or inventing some device that is purchased by millions, and most people respond with anything between apathy and admiration. On the other hand, tell someone that your riches were acquired from dozens of bank robberies, and the reception will be far more negative. The overwhelming majority of Westerners see the moral difference between earning wealth and stealing it. The libertarian simply asks us to apply this recognition to all members of society, including government agents. When the dust settles, are politicians wealth producers or wealth stealers? How do they acquire revenue?

If I am invited into someone’s home but proceed to behave in a way that the homeowner disapproves of, no one has an issue with the homeowner kicking me out. In other words, Westerners have already internalized the rules of private property rights, which are the only property norms that are consistent with the nonaggression principle. First and foremost, you, dear reader, own your body. That is, you have the right to employ your body—from your mouth to your skin to your inner organs – to whichever ends you so choose, provided that you do not interfere with someone else’s ability to do the same with their body. This logic extends beyond our bodies and into all other resources that one is capable of homesteading and/or acquiring, such as the abovementioned house. The norms of this house usage are precisely the same as with bodies—the owner of said house has the right to employ it to whichever ends they choose, provided they do not interfere with the right of other people’s employment of their owned resources. I am only making explicit that which we all implicitly accept, but that is the point! In the West, violation of private property rights is utterly frowned upon – imagine refusing to leave another person’s house when asked to do so. The libertarian simply asks us to apply these norms universally, or at least to ask why there is a single systematic exception we call the State.


Imagine that I construct a cage in my backyard, seek individuals who smoke a particular plant, kidnap them at gun-point, and toss them into my newly built prison. Everyone would regard me as a sociopath. And yet, the State engages in such activities routinely (3). Do politicians transcend moral principles, or are they just people like you and me? The libertarian argues the latter (4).

If government agents retreat into a kind of “but without us, society would break down” argument, they are free to make their case. But if they are so confident that we need them, they should allow us to fund their services on a voluntary basis, and allow for competition in the production of these services. Then, we shall see how many people really need them.

The fact that libertarian ethics and private property rights have been largely accepted in the West is nothing short of remarkable. For much of human history, this was not the case. Rape, torture, theft, and other physical abuse had been far more common than we’d now tolerate. For example, European homicide rates fell from about 50 cases per 100,000 inhabitants per year in 1300 CE to about 1 per 100,000 inhabitants per year in 2016 (5). Now, in the private sphere, a Westerner is expected to live life in accordance with the nonaggression principle and make their way in the world without initiating violence against other people. When someone does cheat, steal, or otherwise violate someone else’s private property rights, we rightly call him/her a criminal.

Unfortunately, most people do not apply these same normative rules to governments, which acquire revenue by naked theft. But I hold my head high, because we’re so close. I emphasize that the libertarian ethic is already accepted in our culture, in the activities of daily life – we’re down to one organization that has escaped consistent scrutiny – the government. So, like when the New Atheists exposed how similar their worldview was to those of their religious interlocutors, I urge you to consider how similar you are to your libertarian brothers and sisters. You already live like a libertarian. We only disagree about how a single organization should behave – you think the State should violate the rules that we demand everyone else to respect. I think morality is universal and so should constrain everyone’s actions.

May the conversation continue. I look forward to it.