Mental health conversations in India don’t include the poor 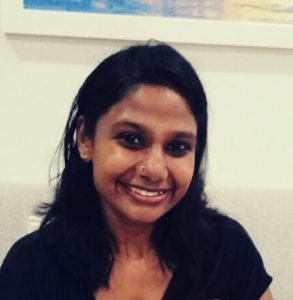 Nalini is an independent journalist from India. She has been contributing to The Wire. She was previously the Chief Sub-Editor and Senior Reporter with Mail Today, New Delhi and The New Indian Express, Chennai. She has reported extensively on health, education, environment, labour-rights violation and socio-economic issues of the marginalised. Her consistent coverage has also challenged manual scavenging, child-rights abuse and caste-based discrimination. She tweets @naliniravi9

The people who are most affected by Covid-19 are India’s marginalised children, who are also grappling with poverty, starvation and the loss of their typical safety nets at school and in the community at large. When it comes to these children, the focus is rarely on mental health as the socio-economic challenges alone are formidable. Four months into the lockdown, little has been done to find out how the young are coping with the pandemic. They remain invisible, mute and unheard. Mental health should not take a back seat to the socio-economic situation; both must be addressed simultaneously. If urgent measures are not taken immediately – already deprived children will suffer irreparable and long-term damage.

Soon after the lockdown was announced on March 24th at 8 PM in India, images streamed in of millions of migrant workers – along with their children – toiling the several thousand kilometre journey from the cities where they work, to their hometowns in the rural belt on foot. The population of 1.3 billion people was given only four hours’ notice, as workplaces shut and public transport came to an abrupt halt. For all the hungry, thirsty, worn-out children who trudged the tough terrain barefoot, we have not considered their mental trauma or how many have died of sheer exhaustion.

Whether it was the heart-wrenching image of a toddler trying to wake up his deceased mother, a migrant worker who died at the railway station in Muzaffarpur, Bihar due to lack of food and water on the homebound train or the case of 12-year-old plantation labourer Jamlo Makdam, who died after walking 150 km for three days towards her home in Chhattisgarh from Telangana, child survivors of this catastrophe have harrowing tales to tell. The most affected by Covid-19, indirectly, are the marginalised children who had already been grappling with poverty, starvation and were largely cut off from school and other community safety nets. We don’t know how they have been coping with the pandemic because they remain invisible and unheard.

Ironically, the discourse around mental well-being for the poor has never gained traction, outweighed by challenging socio-economic factors that are considered the primary concern. Mental health for these indigent children has always played second fiddle to the economic challenges. Covid-19 only exacerbates this problem.


The wave of hunger epidemic

During the calamity, social media has been filled with video messages from hungry children appealing to authorities to provide water and food. In the last week of March, an eight-year-old resident of a slum area in the Bhojpur district, 60 km away from the capital of Bihar, reportedly starved to death due to lack of work and therefore income, followed by malnourishment.

With many schools shut by March mid-week, the Mid Day Meal (MDM) scheme received a big blow, leaving 115.9 million students in the lurch. The MDM programme, run by the Government at schools, provides a single nutritious meal each day, a big help for many students from underprivileged communities. By April 28th, the hunger epidemic was raging. The Union Human Resources Development Minister Ramesh Pokhriyal asked the state governments to provide food or rations for the MDM beneficiaries. Until mid- July, only a few states like Chhattisgarh, Madhya Pradesh, Karnataka had acted on the instruction.

Mental health for children has taken a permanent backseat. Following a July 2nd Government Order to provide dry rations (rice and lentils) at schools, the Tamil Nadu Government told the Madras High Court that it was not feasible to provide eggs daily to 4.26 million school children during the lockdown. However, on June 23rd, the same government had permitted an additional ‘servant allowance’ of Rs. 10,000 (editorial note: 136 USD, 31.08.20) per month to the retired chief secretaries and additional chief secretaries, the cost of which would be incurred by the Ministry. These actions highlight governmental disregard for the welfare of children, making it no surprise that while over 40% of the total population of India consists of children, only 3% of the overall budget is allocated to their welfare.

Reported psychological issues are only the tip of the iceberg

In July, data from one of the most progressive states in the country, Kerala, showed that 66 children under the age of 18 had committed suicide since the last week of March. The major triggers were reportedly continued suspension of academic institutions and family issues. The revelation turned the spotlight on mental well-being and the government launched a state-wide tele-counselling initiative for students. Community health workers were also trained to identify emotional issues among children with a detailed checklist. The rest of the country remains in limbo.

The recorded complaints represent only a speck of the psychological battles children have faced during the lockdown. In the initial two weeks after the lockdown, between March 20th-31st, the Childline India emergency helpline for children in distress received more than 92,000 SOS calls from across the country, requesting protection from abuse and violence. Then, there are those for whom homes are not safe havens. The National Commission for Women received 315 complaints of domestic violence in April alone. Childline helps rescue and rehabilitate some of the children who witness domestic violence, but most of them are ignored, growing up normalising emotional and physical abuse.

According to Save the Children, a non-governmental organisation (NGO), loss of employment, school closures and other crippling factors have pushed the vulnerable to embrace extreme coping mechanisms, such as engaging in violence and suicide. Many young girls who received free sanitary napkins from their schools had to resort to unhygienic options. An NDTV report from Uttar Pradesh, which has India’s largest child population according to the 2011 Census, showed that children have started working instead of going to school in the state. In times of a pandemic, the profound loss of loved ones has been depersonalised as it becomes a mere national statistic. With no bereavement support system, children who have lost their parents have been abandoned to deal with the tragedies alone.

In the initial weeks following the lockdown, child protection services were severely hit, with no personal protective equipment or transport facilities and a lack of human resources. With movement restrictions in place, psycho-social and mental health interventions ceased. It was only recently that a few NGOs managed to offer tele-calling and remote psycho-social support in the isolated belts of Jharkhand and West Bengal.

Dr. Senthil Amudhan, Additional Professor in the Department of Epidemiology at the National Institute of Mental Health and Neuro-Sciences, an apex mental health institute in the country, said that there is hardly any information available on the mental health issues faced by impoverished children in these adverse times. This includes child labourers, children of daily-paid workers and farmers, those living or spending majority of their time in the streets, child beggars and homeless, among others. A 2019 study published in the Current Research Journal of Social Sciences and Humanities revealed that street children faced a high degree of mental health issues (1). Needless to say, the pandemic would have only intensified their condition.

Mental health for the poor: Unaffordable, inaccessible and ill-equipped

The 2017 Mental Healthcare Act says that every person has the right to access mental healthcare and treatment from government run or funded healthcare systems. According to the 2016 National Mental Health Survey, around 130 million Indians are in need of mental health services. According to a study published in the Indian Journal of Psychiatry, it will take 42 years to meet the requirement for psychiatrists, 74 years for psychiatric nurses, 76 years for psychiatric social workers and 76 years for clinical psychologists to meet the mental healthcare needs of the present population (2). Even so, while the 2020 budget for overall healthcare rose marginally, the share for the National Mental Health Programme declined from Rs. 500 million to Rs. 400 million (editorial note: from nearly 7 million USD to 5.5 million USD; 31.08.20), most of which was not used.

Therapy is also expensive. A young friend of mine had a bout of depression and opted for therapy. A single session along with the cost of medications and varied tests cost her Rs. 20,000 (editorial note: 272 USD; 31.08.20). After two sessions, she quit due to the cost. In metropolitan cities, the average psychiatric session costs Rs. 1,500 (editorial note: about 20 USD; 31.08.20) or more. For those working outside the public and commercial sectors, it is not affordable.

The calamity has exposed the gaps and rifts between the rich and the poor (not only in India). While urban Indians can at least afford online counselling with their doctors, access to medical care during the pandemic had been nearly impossible for the impoverished. Their socio-economic conflicts are so complex and intertwined that their mental health seems to have no value.

It is a ‘now or never’ situation

Covid-19 isn’t truly unprecedented if we use the Spanish Flu outbreak in 1918 as a model. A recent article published in the Psychiatric Times stated that the impact of the outbreak continued in 1919-20, with several suicide attempts by people from all walks of life. It is likely that the present crisis will also carry mental health challenges forward.

As catastrophes breed neglect, exploitation, violence and abuse, the aftershocks will outlast the pandemic with an avalanche of psycho-somatic diseases in children. Mental health support must be treated as equally important as bridging the social and economic gaps, without neglecting one for the other. Unless we correct systemic flaws that make mental healthcare unattainable for the poor, these efforts will be ineffective. Most importantly, the mental health narrative has to change, acknowledging that everyone deserves emotional support irrespective of their financial standing in society.

Children have age-specific needs, making a case-by-case nuanced intervention critical for their rehabilitation. A homogeneous approach will not work. It is unlikely that youngsters or their parents who are unable to provide a square meal for their families will seek out mental health support. These efforts must come to them in a timely and well-publicised manner so that the young understand where and how they can confidentially report their problems. Community-based interventions can help in specifying the challenges, so that the government allocates adequate financial and human resources to tackle key protection issues.

Primary mental healthcare services should be pushed through foot soldiers like ASHA (Accredited Social Health Activists) and Anganwadi workers. They are the foundation of our public health delivery system, caring for destitute rural women and their children. Anganwadi workers from the Integrated Child Development Services help provide education for children under the age of six and enrol women in antenatal care. ASHA workers, as part of the National Rural Health Mission, act as the bridge between the health system and the community. A study done in Gujarat and published in Psychiatric Quarterly last year highlighted the need to raise awareness on mental health among these healthcare workers (3).

India also needs to be aware that mental health should not take a backseat to socio-economic pressures. Both must be given equal importance simultaneously. Unless, we treat children as a priority and take urgent measures to flatten the mental health curve, we will flounder.