Scientists 2.0: why scientific knowledge is not enough 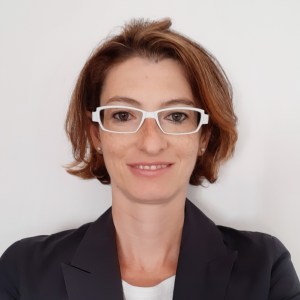 Barbara is a cell biologist with a Ph.D. in Biochemistry obtained at the University of Pavia, Italy. She worked for more than 10 years in research labs in Italy, UK, Sweden and Austria, contributing to 29 peer-reviewed papers covering different topics (glycobiology, cancer, atherosclerosis, immunology). She currently works as a freelance Scientific Writer and communicator.

The benefits of vaccination have been unreasonably questioned based on the unproven hypothesis of it inducing autism. Unfortunately, scientific facts are being increasingly misinterpreted, fueling the rising mistrust in science. Most recently, the COVID-19 pandemic has brought us closer to frontline scientists and physicians involved in the battle against the virus. Therefore, the importance of adequately communicating scientific information to ensure the safety of a population must be prioritized alongside the creation of scientific data itself.

Scientists have often been perceived as individualistic and preferring to keep scientific information for those who speak the same language as themselves. When you think about a scientist, you are likely to picture a lonely person locked in his dark and dusty laboratory, obsessing over the next big experiment. Past biographies of some of the most brilliant minds has contributed to this perception, for instance the solitary life of Charles Darwin (1) or the eccentric traits of Nikola Tesla (2). Till today, scientists on television are portrayed as a category of nerdy individuals disconnected from life outside of the lab.

Who is a scientist?

According to the Oxford Advanced Learner Dictionary, a scientist is “a person who studies one or more of the natural sciences”. Although still valid, this definition is quite narrow and restricted. The Science Council, a UK organization established in 2003, gives instead the following definition: “A scientist is someone who systematically gathers and uses research and evidence, to make hypotheses and test them, to gain and share understanding and knowledge.” The second description highlights the proactive mindset of today’s scientists. Scientists are not merely scholars, but they have an active role in sharing their knowledge within the scientific community and with the general public. The Science Council was established relatively recently, when communication had already undergone the most radical change since the introduction of the printing press, that is to say the rise of internet and social media. As the world evolves, scientists must evolve accordingly. Young researchers should reconsider their responsibility toward both the scientific community and society. They must approach the scientific world with an awareness that communication is the most significant component of their work as it will undoubtedly advance their scientific career.
For the scientist of the 21st century, the necessity for solid scientific knowledge and technical expertise should go hand-in-hand with soft skills. This means that young researchers must not only be experts in their specific field, but are requested to master communication in all aspects, verbal, non-verbal, written and oral.

Communicating science is important for today’s scientist for at least four reasons:

When a project starts, there are hypotheses and a plan that can be modified during the course of the project. Every finding is followed by a discussion with peers to evaluate the next steps. A scientist must be able to engage in productive discussion to translate data into ideas and design the next bench experiment. Today’s research is not the result of the work of a single scientist but is a team effort (Figure 1). Without good communication between the team members, the project will soon get stuck, like gears that do not complement each other. Failure to communicate the results by one of the members could hinder the advancement of the research altogether. Ultimately, the investments as well as time taken to find cure x will both increase which can lead to health burdens and lower quality of life in society.

It may not seem obvious, but being successful in science means publishing as many papers as possible in high-ranked journals. A research project is concluded not only when the results are reproduced and confirmed, but when it is published in a scientific journal, and has been peer-reviewed. A scientist who fails to turn results (i.e. scientific data) into a scientific paper will have a harder time in the field.
In addition, it would be great to test every hypothesis, use the best lab equipment available, and rely on the most qualified lab personnel. However, these are quite costly – and we are all familiar with one big issue in research: the need for funding. To conduct research, scientists need to be funded first. In order to obtain funding, it is mandatory to write a grant application that clearly and effectively communicates the aim and the strategy to be taken to solve a current problem. You can have the best idea ever, but not a single chance to pursue your goal if you do not communicate ideas adequately enough to convince a board of reviewers to fund you. Most researchers today often struggle with grant writing procedures.

Participating in international meetings is a great opportunity for a scientist to network, engage with possible collaborators, and receive useful information that could assist them with their study or with a future job position. Therefore, learning how to prepare an appealing poster that attracts visitors and delivers a clear message is a great investment for the future.

4. Making sure science is understood by the general public

Scientific discoveries are not meant to be secrets confined within the walls of a laboratory. Although some concepts may need an advanced degree to understand as a whole, this does not mean that the general public should be precluded from understanding important scientific discoveries. A scientist is successful when he or she is able to translate complex findings into a message that can be understood by a general audience. The ease by which scientific information can be found today must push scientists to understand the importance of unequivocally disseminating this knowledge.

Scientific concepts can be shared through different channels. Historically, scientists used peer reviewed publications and conferences. Today, scientific articles and meetings haven’t disappeared, but they go alongside new digital communication tools. In fact, even before writing a paper, young scientists could be asked to talk about their study on the website of their research group, to give a webinar or an online presentation, or they may share it on social media.
The latter is gaining increased attention as a platform to deliver scientific news. According to surveys from the Pew research Center in 2018, social media has become the main source for news in some Western European countries (Italy, Denmark, Sweden, Spain, UK, Netherlands) and is used by 68% of American adults. The ease of communicating and disseminating information on social media platforms also makes them attractive to scientists (3). Social media are largely accessible worldwide by a variety of people, giving immediate visibility to the message, which can also be easily amplified by reposting its content.

The new generation of scientists, the digital natives, cannot miss this unique opportunity to fulfill their goals: spread knowledge, engage in productive discussion with peers and work on building their reputation within the scientific community. Therefore, it is essential they acquire the ability to disseminate the scientific concepts properly, as social media can potentially be very useful, but quite dangerous at the same time. Take the COVID-19 pandemic for example: fake news and misinterpreted facts have spread faster than the virus on social media, to the point that some of the platforms had to take action and address the circulation of false information on their sites. Indeed, social media have become a brand-new way to share science, however specific regulations regarding both the type of content and how it is shared is still missing. Young scientists may be the first to set the basis for this regulation, to guarantee the dissemination of scientific facts come with accuracy without sharing confidential and/or sensitive information.

Communication skills: where to learn them?

Journal articles, webinars, oral presentations, posts on social media: all these require communication competence with a unique style. It is important to be able to tweak the style according to the public (peers or general public) and to the channel used (article, speech or web/social media).

It is tricky for young scientists to acquire communication skills. Not every country has dedicated programs available for undergraduate and graduate students to train soft skills such as communication. In the US, preparing presentations and writing long scientific lab reports make up a core part of a scientific degree program. In contrast, in some European countries, more attention is paid to in learning technical skills and theoretical concepts. It would be advisable, as a start, to enforce more presentations and report writing to strengthen the communication skills in such countries.

The best way to learn, in most cases, is trial and error, a procedure that scientists are very familiar with. Some individuals are naturally gifted with strong communication skills, nevertheless this skill can be acquired and trained by anyone. Researchers routinely participate in lab meetings, journal clubs, students’ internships, discussions with a supervisor or even a chat over a cup of coffee, all opportunities to improve these skills.

Young scientists must be made aware of the struggle to find stable working positions.
Working in science is great, but speaking and writing about it is crucial and necessary to advancing science. Many scientists end up staying in academia. However, the demand for science communication is ever increasing, from newspapers, to websites, advertising agencies and institutional organizations.

Although the most obvious career in communication for a scientist could appear as scientific journalism, this is indeed only one of the possible options. As a science communicator you can work as a social media manager, or for advertising agencies. Additionally, as a science communicator one could work as a consultant for biotech and pharma industries, assisting in preparing documentation, visual material and instructions for both physicians and patients. Contract Research Organizations (CRO) are companies that support pharma and biotech industries in the management of clinical research and clinical trials, which are central processes for the development of new medical therapies. CROs always need medical writers to draft documents, reports, statistical analysis and regulatory material to support clinical studies.
Clinical research is a field with a high demand for scientific writers. Indeed, clinicians are increasingly in need of professionals that help them translate the results of clinical studies into scientific papers. During the COVID-19 pandemic, for instance, there has been a huge increase in the number of clinical research papers submitted to scientific journals (up to 40 submissions per day in the New England Journal of Medicine, the most prestigious medicine journal).
The work of a scientist as a specialized communicator is still not considered by the newly graduated scientists, but it discloses a wide range of opportunities that will keep the science communicator tightly connected to research. Young scientists should start to understand that both the discovery of scientific knowledge and its dissemination are equally valuable and mutually dependent for the success of the scientific process.

One thought on “Scientists 2.0: why scientific knowledge is not enough”