The explanatory failure of ‘Luck’ 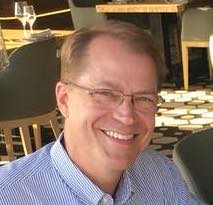 Steven is Professor and Chair of philosophy at Bloomsburg University of Pennsylvania. He works primarily in metaphysics and epistemology, and has been a Visiting Professor at several universities, most recently Cambridge. He is an award-winning writer and teacher, and has published numerous books and articles. His newest book is "The Myth of Luck: Philosophy, Fate and Fortune". He can be found at stevenhales.org.

It is common for people to see the trajectory of their lives as largely due to luck – the bad luck of being born into poverty, dysfunctional families, and failing societies, or the good luck of being born into stability, wealth, and privilege. Thus Donald Trump, born into wealth and privilege, is considered lucky and Frederick Douglass, born into chattel slavery, is seen as unlucky. That popular view is wrong: the circumstances of our births could not have plausibly been different from what they were. It’s not luck, but the nations and cultures we have built that pave the road before us. Instead of passively dismissing life outcomes as matters of luck, we should work towards making those nations and cultures truly equitable ones for all.

In his 2016 book Great Again (1), Donald Trump claimed that “being born in this country is a matter of luck”. Luck matters a great deal to Trump. In an Oprah Winfrey interview, he insisted that “there is no more important word than ‘luck’” (see video below).

Even his critics agree: a Washington Post writer claimed that Trump is “the luckiest president in modern US history”. Axios referred to him as “the luckiest man”. “Donald Trump is officially the luckiest man on Earth” reads a headline in the New York Daily News. A writer for Time insisted that Trump’s fortune is due entirely to dumb luck, beginning with a multimillion-dollar inheritance and an established family real estate business. If these assertions mean anything at all, there has to be some sense to “luck;” it has to be more than a portmanteau word so full of possible meanings that in fact it signifies nothing concrete.

Supposing that Trump is a lucky winner in the social lottery, who is unlucky? Presumably those who are born in countries with fewer freedoms or opportunities, or those born to poor parents with no connections. The polar opposite of Trump is Frederick Douglass, a man who the President once noted “is an example of somebody who’s done an amazing job and is getting recognized more and more”. In his stirring autobiography (2), Douglass discusses his life as a slave in the American south, surreptitiously learning to read and write, his successful escape from bondage, and his life as an abolitionist and renowned orator. Douglass was a loser in the social lottery only if the terrible events of his life can be marked down to bad luck.


The problem is that it’s hard to see how either Trump is lucky, or Douglass is unlucky. Someone’s lucky to score big by beating the odds, or unlucky to lose hard when they might have easily pulled out a victory. Those things are true of neither Trump nor Douglass. Douglass was born to black parents, in a slave-holding state: Talbot County, Maryland in 1818 was a largely racist society, and Douglass suffered discrimination, privations, and abuse because of this. In fact, the evolution of his character, his interpersonal relationships, and his place in society were shaped by that discrimination: Douglass’ well-being and life prospects were harmed or reduced as a result of racism.

Certainly, the first of these facts was inescapable. We all have the parents we do essentially; the children of other parents are not us. Douglass could no more have been born to a wealthy white family than Trump could have been born to a poor black one. Similarly, Douglass’ 1818 birth in a slave state was not something he could have avoided. Parents very rarely have a choice as to which society their children will be born in, and certainly Douglass’ parents had no choice at all. He was born into slavery, never knew his father, and was separated from his mother at an early age. Talbot County, Maryland was racist under any reasonable definition. There were numerous slave owners and plantations there, slavery was legal under state and federal law, and even non-slave owners generally regarded blacks as inferior. Even a brief review of Douglass’ autobiography reveals how discrimination, his low place in society, and the harm to his life prospects and well-being were foregone conclusions in the life of a slave. None of the dreadful facts of his life were improbable, none were ones that might have been avoided if things had just gone slightly differently, none were a matter of luck. Douglass didn’t have bad luck any more than a naïve tourist who loses at a street game of three-card monte – the game was rigged from the start and he never had a chance.


By the same reasoning, Trump is not and never was lucky. Despite his claim otherwise, it wasn’t a stroke of luck that he was born in the United States – there was practically no chance that he could have been born anywhere else. His birth into a life of privilege and a wealthy family is also not luck, since we all are born into our families by necessity. Our souls do not select our families in some disembodied antechamber of birth, as Plato suggested. The silver spoon in Trump’s mouth was every bit as predictable as the whip at Douglass’ back; Trump didn’t enjoy good luck when the dice were already loaded in his favor. The road of both men’s lives had already been well-paved by the laws and customs of their cultures.

The opposite of luck is non-luck, but non-luck does not mean just deserts. Denying that Trump was lucky does not imply that he deserved his inheritance. By the same token, Douglass was not unlucky, but that does not mean he deserved his enslavement – neither man did anything to merit the circumstances of their births. Rejecting luck also does not imply endorsing destiny or fate. Trump’s fortunes and Douglass’ privations may not have been good luck or bad, but we should not rush to conclude that they were the outcome of the inexorable plans of Providence either. In part, the arcs of their lives were the results of their own choices: Trump decided to run for president and Douglass chose to escape to freedom. But the remainder that was not choice also wasn’t chance. It was the result of powerful social forces, of societies that allowed slavery or permit vast wealth transfer. Calling Trump lucky or Douglass unlucky is not only mistaken, but a cop-out.

It is too easy to look at our own lives and re-interpret them as crafted and molded by luck. We lament not being born into royalty, or lacking the innate talents of others without acknowledging that to be so different would be self-erasure and replacement. We see it as a mysterious machination of fortune that someone’s skill at, say, checkers amounts to no more than a hobby, but skill at kicking a ball provides generational wealth. That reaction is an ancient one. The Romans depicted the goddess Fortuna astride a great wheel, which as it turns lifts men and women from the bottom of society to the very top and then round again, dropping them from the pinnacle of success back down to penury. However, by viewing ourselves as helplessly bound to the wheel of fortune we avoid asking the hard questions of what we’ve done to make our kinds of lives possible, and whether we’re really building the civilization we’d like to have. In one sense we are at the mercy of impersonal, invisible powers, but they are largely of our own collective creation, not the caprice of the gods. Writing off life trajectories as due to either luck or fate is the counsel of quietism, misguidedly allowing us to lay down the burden of creating cultures, societies, and nations in which we might all flourish.