Neoliberalism and its defenders: A response to Jonathan Church 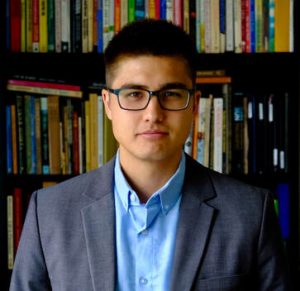 Galen holds a PhD in Cultural Studies from Queen’s University. His research focuses on the changing nature of religion in modernity. Follow him on Twitter @Galen_Watts

This is a commentary article. Read the original article here.

In his response to my essay on neoliberalism in Areo Jonathan Church argues that I made the classic left-wing mistake of presuming markets are exclusive to capitalism. The truth, he maintains, is that markets are an intrinsic part of social life in all eras. While perhaps true, Church misunderstands my criticism. It is not markets in general that interest me, but rather a certain kind of capitalist market – one that has colonized all competing social spheres – and the economic worldview that supports it.

Some time ago I wrote an essay for Areo, in which I sought to bring clarity to “neoliberalism” – a term, I noted, that is as popular as it is misunderstood. I argued that there are at least two ways we can think about it: first, as a certain set of economic policies (e.g. tax cuts for corporations, deregulation, and privatization) popularized during the tenures of Thatcher and Reagan in the 80s, and second, as a cultural shift, whereby the cultural logic typical of the economic sphere in capitalist societies – the drive to make a profit and pursue one’s rational self-interest – has increasingly colonized other non-economic spheres of social life (politics, domestic life, and religion, as I elaborate on elsewhere). Now, as I stressed in the essay, these two conceptions are related. But my focus was on the second since I think it helps to explain the first, and also because I think it’s not well understood. Though “neoliberalism” is a term often thrown around by progressives, it’s usage too often lacks substance. Thinking about neoliberalism as “the imperialism of the cultural logic of the market,” as I put it in the essay, seems to me not only illuminating, but spot on.

In response, Jonathan Church published an essay in this forum titled, “What critics of ‘Neoliberalism’ get wrong about markets.” Church took issue with my analysis, contending it was guilty of a certain left-wing myopia. An economist by training, Church zeroed in on two things. First, the fact that I referred to the cultural logic inherent to capitalism as the “market mentality,” and second, my suggestion that in a comprehensively neoliberal world (where everyone always operates with the market mentality), we would all have become something akin to the “rational self-interested individual,” presumed in much economic theory (and that this would be terrible). According to Church, in making these preposterous claims I was exhibiting a profound ignorance of his discipline – economics.

The problem, however, is that Church not only fails to address my actual argument, but in a sense, ends up strengthening my original case.

The first thing to note about Church’s essay is that it basically sidesteps the entirety of my argument’s substance, and instead makes the object of its critique my use of the term “market.” According to Church, to speak of a “market mentality,” as I do, is to make a profound mistake, for markets are universal, or as Church prefers, “a fact of life.” So, by suggesting that there is something unique about the “market mentality” – that it is bound up with the spread of historically contingent capitalist institutions – I have unwittingly fallen for the Marxist dogma that “markets equal capitalism”.

Now, this is a clear case of equivocation, where rather than acknowledging my quite specific use of the term “market mentality,” Church has gone ahead and accused me of misusing his definition of “markets.” Consider the following analogy: imagine I was writing about a certain type of athlete who cared only for winning at the expense of everything else (e.g. enjoyment, sportsmanship, self-mastery, etc.), and to capture this general characteristic I used the term, “competitive mentality.” Church would accuse me of misusing the term, “competitive,” protesting, “Competition is universal!” To which I would say, “you’re missing the point”.

Now, it’s true that I write in my essay, “Market institutions assume the existence of rational maximizers, motivated by the desire for profit,” but I think any reasonable person would see that I am here speaking of “Market institutions” in the way most people think of these – that is, as the kind of economic institutions that are a staple of modern capitalist economies (often referred to as “market economies”), not markets in the broad sense Church champions. Of course, I am happy to concede that, if we were to go by Church’s jargony definition of “markets,” my above claim is mistaken, for, on this conception, all economies ­– whether of Ancient Greece, Medieval Spain, or Twenty-first century Great Britain – have markets in a broad sense. That is, in all these cases, we find individuals pursuing their interests and exchanging goods and services.

But it is also crucial to note that almost no one outside of economics departments speaks about “markets” in this way. Indeed, if it were, it would make no sense to be “in favour of markets,” as so many libertarian think tanks like the Cato Institute unreservedly say they are. If we take Church’s argument seriously then what these people are claiming is meaningless – akin to saying they’re in favour of air, food, or sleep – that is, facts of life. But, of course, what they (and I) mean by “markets” is not any and all spaces where people exchange goods and services, but specifically capitalist markets: markets that are fuelled by the profit motive, and presume the existence of individual economic actors who pursue their self-interest in a rationally calculating manner (that is, adopt the market mentality).


At this point, it may be useful to rehash what my original thesis was. One of the core aims of my essay was to be able to clarify the values underlying neoliberal policies, and those informing the kind of social democratic or left-liberal policies I endorse. I argued in the essay that while neoliberalism reflects the imperialism of the market mentality, the social democratic ideal I espouse seeks to limit the market mentality to the economic sphere. In other words, I think it is perfectly acceptable when, say, shopping, to pursue one’s rational self-interest without hesitation, seeking to “maximize revenue while minimizing costs.” However, I don’t think this is the appropriate mentality to take in all social spheres. For instance, it seems to me the exact wrong mentality to adopt when searching for a life partner. Why? Because such an approach turns cultivating romantic relationships into a kind of business transaction, where seeking a partner becomes no different than shopping for a car – yet another attempt to get the most bang for one’s buck. What’s more, building a committed relationship on this foundation is a dubious venture, since if all that holds two people together is the fact that they believe the other maximizes their utility, then as soon as another comes along who may do the job better, the basis of their commitment suddenly dissipates. In short, long-term romantic love cannot, and should not, be reduced to mere rational optimization.

Thus, my point in writing the article was to draw attention to how neoliberal policies, in many respects, follow from a wider neoliberal shift in culture – as ever more spheres of social life are opened up to the kind of cost-benefit analysis typical of the “rationally self-interested individual,” or what we might call homo economicus. (It should be noted that whether or not everyone pursuing their rational self-interest would, through a trickle-down effect, have a positive economic effect, as neoliberals often claim it would, has little bearing on my argument, since it would still reduce everything we care about (e.g. love, friendship, solidarity, etc.) to economic exchanges).

Furthermore, rather than offer some competing explanation for why neoliberal policies have swept across the West since the 80s, Church instead argues that I am wrong to think the “market mentality” is historically contingent. That is, according to him, the market mentality, as I understand it, is universal. Indeed, he makes the case that even in tradition economies, we find this mentality at work, since at all times and places individuals seek to have their desires fulfilled. It’s just that in tradition economies, those desires or preferences are “influenced or otherwise guided by the dictates of tradition.”

First, while it may be coherent to say that an Amish person is simply pursuing their rational self-interest, and that a Jihadi suicide bomber is doing the same, since both are clearly motivated by their preferences, this seems to me to reduce “pursuing one’s self-interest” to a near meaningless statement. Indeed, this does absolutely nothing to illuminate the seismic differences between the nature of their preferences.

Second, I want to propose that, to the extent that Church thinks the actions of these individuals can be accurately described in the language of cost-benefit analysis then he is deluded. There is a very good chance that such individuals don’t think in such terms at all, but rather think in terms of sacred values (1), or unquestionable norms, which may or may not be in their rational self-interest, but which are nevertheless authoritative in their eyes.

Like many who subscribe to the tenets of neoclassical economics (by far the dominant school today), Church merely presumes that we can account for all human action through the lens of utilitarianism. But more importantly, he exhibits precisely the kind of thinking that I argued is typical of the imperialism of the market mentality – that is, neoliberalism. For while Church might think that in adopting an economic approach to human life he is merely engaging in a neutral and “scientific” way of making sense of human behaviour, I would argue that he has actually (implicitly) bought into the neoliberal vision of the world – one where the authoritative norms and sacred values that were once enshrined across different social spheres, can be unproblematically reduced to the language of cost-benefit analysis.

Let me be clear: I am not suggesting all economists are neoliberals. I recognize that neoclassical economists exist (such as Paul Krugman and Joseph Stiglitz) who endorse progressive policies, entirely at odds with the kind neoliberals endorse. In fact, I’m not even suggesting Church himself endorses neoliberal policies. My claim is rather different. Think about it this way: As an economist, Church clearly thinks that neoclassical economics can be a useful lens through which to understand the world. Perhaps this is true. But in a comprehensively neoliberal world, economics is not merely a lens. It is a worldview – an apt description of how people operate at all times. For in each and every instance, no matter the setting or social sphere (be it politics, relationships, or religion), they always and everywhere seek to “maximize revenue” and “minimize costs,” as Church would put it.

As I noted in my original article, in which I proposed an alternative, this world sounds to me like a nightmare. But that doesn’t change the fact that in presuming his “economic assumptions about human behavior” apply universally, he may well be helping to bring it into being.

One thought on “Neoliberalism and its defenders: A response to Jonathan Church”