Shostakovich, Copland, and the fate of composers in 2020 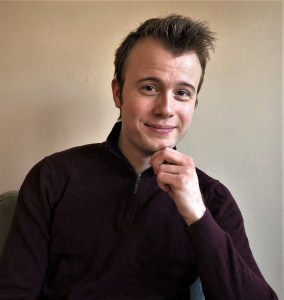 J. Edward Britton is a professional composer from Orlando, Florida. He received his B.M. in Jazz Composition from Oberlin Conservatory of Music and has composed and arranged for a variety of ensembles. Britton is also an essayist, contributing to outlets such as The Imaginative Conservative, Merion West, Areo Magazine, and Mises Wire. He is currently pursuing an M.M. in Jazz Composition at New England Conservatory of Music in Boston, Massachusetts.

Aaron Copland once stated, “Music must always flow… but the creation of that continuity and flow… constitutes the be-all and end-all of every composer’s existence”. Prospective outcomes for composers in 2020 can be well illustrated using this philosophy: they are finding ways to circumvent the current pandemic and social crises by means of digital collaboration and intrepid outspokenness against the social status quo. Similarly, the great composers Dmitri Shostakovich and Aaron Copland themselves endured personal hardships comparable with the struggles of modern composers.

At various times throughout history, humanity has concluded in some way or another that the world was coming to an end. The entire southeastern United States was convinced of their own demise when Nikita Kruschev ordered the placement of nuclear weapons in Cuba, prompting the 1962 Cuban missile crisis (1). Just forty years earlier, World War I was inadvertently facilitating the worst pandemic of the 20th-century, known today as the Spanish Flu, reaping the world of millions of souls. These are merely a select few examples of the frequent catastrophes the human race has confronted in only a brief chapter of its existence.

Yet, in spite of these glaring catastrophes, human beings have never ceased to create art. On the contrary, many of these instances throughout history, including the current situations of global pandemic and civil unrest, serve as a catalyst for artistic development rather than a hindrance. No vocation better exemplifies this phenomenon than that of the music composer.

Aaron Copland once stated in his book What to Listen for in Music, “Music must always flow, for that is part of its very essence, but the creation of that continuity and flow – that long line – constitutes the be-all and end-all of every composer’s existence” (2).
And so, it is in that same spirit that the composer adapts to America’s current response to countless unsettling tragedies in the year 2020.


Shostakovich: limits and freedoms of the performance medium

Such optimism for the composer is not unmerited. When it comes to expressing their creativity in the midst of societal anguish, composers have an impressive track record. Several key figures stand out when exemplifying this, the most obvious being Dmitri Shostakovich. He was a Russian composer who, throughout his career, developed a complicated relationship with the Soviet government. After premiering a comedic opera entitled The Nose, which received public condemnation by the Russian Association of Proletarian Musicians, Shostakovich transitioned his musical undertakings to an underground proletarian youth theatre where he would focus on incidental music.

Further down the road, Shostakovich would eventually premiere his opera Lady Macbeth of the Mtsensk District, only to be met with disfavor by Stalin and his political cabinet. The damning reaction by the Soviet government toward the opera would result in various newspapers redacting their praise, causing Shostakovich to not only fall into a cycle of unemployment, but constant fear for his life at the hands of Stalin’s regime. In the face of totalitarian criticism, Shostakovich cleverly found ways to circumvent Stalin’s harsh punishments for unabiding Soviet artists. However, it was no easy task; having to navigate his music career under the public eye to avoid severe punishment proved to be an exhausting feat for the composer. But Shostakovich’s patience would soon pay off: immediately following Stalin’s death, he would go on to do international tours, free to compose in any way he desired. His Symphony No. 11, written as a response to the Hungarian Uprising, is a prime example of the composer’s newfound artistic freedom upon Stalin’s passing.

The story of Shostakovich provides many invaluable lessons, but the main takeaway is that composers do not have time to wait for things to get better. In the year 2020, this lesson is of key relevance for composers. If it hasn’t been made obvious by now, the coronavirus pandemic has shifted the compositional paradigm toward an inevitable process of “rethinking”: composers must find clever new ways to showcase their work to the public. Similar to Shostakovich, composers of all kinds are accommodating their means of distribution to the changing world around them. Whether due to the demanding presence of authoritarian regimes or in response to a global pandemic, artists must undergo a metamorphosis of their respective performance mediums in order to accomplish their goals.

For composers today, the COVID-19 pandemic has given rise to digital collaboration: musicians and artists use the tools of modern technology to premiere new music. The results have been marvelous, with recorded showcases such as the Jazz at Lincoln Center 2020 Worldwide Concert for Our Culture (see video below) serving as an excellent example.

Therefore, the question composers have been asking themselves over the course of the coronavirus pandemic has not been “When is this going to end?” but “What will musicians do for the time being?”. It seems as though composers have instinctively followed in Shostakovich’s footsteps of refusing to wait for things to get better.

While accommodation in the performance sphere is an important lesson taught by Shostakovich to the composer community, another essential lesson can be learned from the life of Aaron Copland, one of Shostakovich’s most brilliant successors: maintaining one’s core beliefs in the face of political divisiveness.

In the modern West and certainly in the United States, there is a tendency for the artistic community to associate with each other based on political ideology. Indeed, politics tend to be a touchy subject for artists, especially in the current climate of pandemic-based anxiety and calls for social justice. But composers are, nonetheless, political beings like everybody else. Few composers can inform us on the value of maintaining personal beliefs in times of mass dissent better than Copland, who had a tense relationship with the U.S. government during the Red Scare. Copland received significant backlash resulting from his being in the McCarthian spotlight. As a left-leaning individual, Copland had several ties to far-left groups, even though he himself did not identify as “far-left”. Nonetheless, it seems preposterous that Copland would be a suspect of anti-American sentiment, considering his patriotic writing-style (see, for example, Symphony No. 3, a masterclass in patriotic composition) (see video below).

But this obvious fact did not matter to the fearful anti-communists of the Cold War era. Copland was unfairly labelled a communist sympathizer by various news outlets, including Life magazine. Immediately after his public antagonization, Copland’s newest composition Lincoln Portrait was cancelled. In spite of what appeared to be a life-changing roadblock in his career, the legendary composer managed to regain his footing, all the while refusing to sacrifice his own personal beliefs.

The cultural paranoia of Copland’s days seems all too familiar to today’s musicians dealing with modern cancel culture. Copland’s handling of various interrogations and news interviews can provide a loose guideline on how composers ought to deal with ideological backlash in today’s political climate. On one hand, he consistently protected colleagues who shared his left-leaning political viewpoints. On the other, he kept his answers as brief and apolitical as possible while conceding nothing to ideologies that ran in opposition to his own. Young freethinkers in today’s society ought to take Copland’s method to heart: publicly say only what you know you’ll never regret.

The key lesson essential for the socio-political success of composers in the year 2020 is that of maintaining balance between courage and career suicide. When this balance is achieved, the results are generally empowering to those who would otherwise be voiceless, such as when Michael Walsh uses his career as a music critic and historian to write books on Western Exceptionalism or when composer Daniel Elder is featured on The American Conservative for his public condemnation of violent Left-Wing protest tactics. Both artists inherited Copland’s ideological resilience and serve as proof that one does not have to sacrifice their core beliefs in order to protect their career. In fact, Copland’s legacy is remembered as an inherently political one, often described as a career that fulfilled the simultaneous ideals of American patriotism and solidarity with multi-ethnic social democratic movements. If Aaron Copland could maintain one of the most successful music careers of the 20th-century while suffering the scourge of a McCarthian government, then composers today have no excuse to avoid contributing their intellectual talents through political discourse.

Composing themes of an uncertain future

Just as modern musicians educate themselves by reflecting on the life and times of those who came before them, looking back at how composers adapt to 2020 from an anthropological standpoint will be an educational experience for future musicians. American communities are more divided than ever before. When it comes to COVID-19 and the inconvenience of social distancing, Shostakovich teaches us to adapt our means of performance to the circumstances we are given. Likewise, on the subject of public discourse in today’s unnerving political climate, Copland educates us on the balance between self-control and the courage to speak out.

These lessons show that the work of a composer is never truly finished. Society longs deeply for the commonality found in the performing arts, and in the midst of these unforeseen catastrophes, composers have no choice but to continue pursuing their craft. It is the composer’s natural inclination to create beauty in the heart of tragedy. Only by informing ourselves on the struggles of those who came before us can artistic achievement continue to be reality.