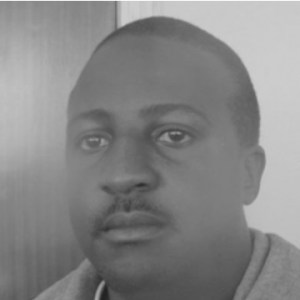 Kudzai is an investigative and business journalist.

Zimbabwe’s economy, battling the ravages of years of hyperinflation, currency instability, and fuel and food shortages, is now facing a totally different threat: COVID-19. Not only has the pandemic taken a toll on many lives, but its repercussions have had far reaching implications for the economy’s performance and functionality. However, as the present article will illustrate, the economy has shown a modicum of resilience to external shocks, while the government adopts hugely unpopular measures in terms of taxation and resource allocation in its fiscal policies.

In the year 2000, the Zimbabwean government embarked on a land reform programme, which according to the late President Robert Mugabe was aimed at redressing colonial land imbalances, where 4000 white commercial farmers owned large prime tracts of land.

Critics argue that the programme was marred by violent displacements, human rights abuses and disregard for property rights enshrined in the constitution, leading to the United States and the European Union imposing a broad range of economic sanctions against the administration.

The Zimbabwean government blames the country’s economic problems on those sanctions, a consistent pattern of droughts, and recently COVID-19. Over the past two decades, the economy of Zimbabwe has been characterised by macroeconomic volatility, as deindustrialisation, a skills exodus, currency devaluation and unprecedented unemployment took their toll on the country. The situation has been exacerbated by incessant strikes by public sector workers over poor salaries and food shortages , foreign currency and critical medicines.

The ugly economics of COVID-19

It is estimated that well over 90% of citizens work in the informal sector, with many living hand to mouth. This sector is characterised by vending and opaque transactions outside the purview of official regulations and taxation, such as selling fruits and vegetables outside legally permitted areas, foreign currency trading on the streets, or illegal fuel sales, among a variety of other street dealings. In March 2020, Zimbabwe initiated a lockdown as a containment measure to stop the spread of COVID-19. The whole population – except for security services and a few other sectors deemed critical – was forced to stay at home. As a result, most informal workers lost their livelihoods: the majority of whom were women. “The first few weeks of the lockdown were the worst nightmare that any person could go through. It was painful not to be able to provide food on the table for my children while I watched all my savings going up in smoke as my vegetables rotted away”, said Sylvia Mudzingwa (editorial note: name changed to protect identity), a single mother who earns her living by selling vegetables on the streets. Demand for her produce, and for that of a great number of street vendors, abruptly slowed down as they could not publicly trade, and additionally there was nobody on the streets to sell to.

Not only did the informal sector suffer from the COVID-19 pandemic: the remaining industrial, retail and fast food sectors witnessed dramatic declines in production levels, leading to massive retrenchments and downsizing of staff. The transport, aviation, leisure, and tourism and hospitality sectors suffered severe downturns in business activity as a result of the instituted lockdown measures.

In 2008 alone the tourism and hospitality sector generated about USD 1.4 billion corresponding to 3.3% of the country’s Gross Domestic Product, making it crucial for Zimbabwe’s economy. Due to the pandemic, most countries issued travel warnings and restrictions, and this resulted in a high number of cancelled bookings from visitors to Zimbabwe.

On the multilateral front, Zimbabwe remains in debt arrears with international finance corporations, and owes an estimated USD 8 billion both internationally and at domestic level. Soon after the government imposed a lockdown, finance minister Mthuli Ncube wrote a pleading letter to the International Monetary Fund (IMF), the World Bank and the African Development Bank requesting financial assistance to avoid total economic collapse.

While other African countries were able to access billions of dollars in emergency COVID-19 aid, Zimbabwe could not. The country still remained ineligible for debt forgiveness or more funding on account of owing the World Bank and the African Development Bank USD 2 billion in arrears – despite having paid off an outstanding debt of USD 107.9 million to the IMF in October 2016.

As we have shown, the pandemic has had unintended consequences for the economy, with more misery being piled upon citizens by the latest national budget.

Presenting the 2021 budget on the 26th of November, finance minister Ncube conceded that the economy had experienced shocks as result of COVID-19-related lockdowns.

According to the government, the economy is estimated to have contracted by 4.1% this year, showing depressed demand due to the lockdown. This has in effect supressed capacity utilisation across all key economic sectors, leading to lower productivity and output.

Ncube expects the economy to rebound next year by 7.4%, boosted by mining and agricultural sectors.

However, there was no joy for the COVID-hit workers, as the tax-free threshold remains out of sync with the poverty line. The Zimbabwean government has sought to further tax citizens as a method of recovering from the effects of the pandemic.

According to official numbers, the cost of living for a family of five people has gone up from ZW$4.000 to ZW$20.000 per person. The lowest paid government worker earns around ZW$14.000 per month, meaning that even these workers are struggling to make ends meet.

“In addition, I propose to review upwards the bonus tax-free threshold from $5.000 to $25.000, with effect from November 1, 2020”, said Ncube. Depressed demand and low cash circulation due to COVID-19 means only a handful of companies in the country will afford to pay bonuses this year.

One United Nations Development Programme (UNDP) policy paper points out that while the economy was primarily expected to rebound and grow by a projected 2.8% in 2020, backed by sterling performance of the mining sector, this target is unlikely to be met on account of the COVID-19 pandemic.

“Indeed, the IMF has reported that COVID-19 would make it even harder for the government to balance the policies needed to restore macroeconomic stability with those needed to address urgent social needs”, the brief states.

In order to adequately deal with the effects of the pandemic, the UNDP recommends a careful management of COVID-19 within the context of Zimbabwe’s thriving informal economy, where the majority of the population earns a living. The consequence of failing to do so would be the loss of sources of income, resulting in social unrest and political instability. This is more so in light of the steady rise in COVID-19 infections in Zimbabwe lately.

It is also recommended for the government to aim for more efficiency in the allocation and application of scarce resources by reducing wastage, duplication of funding allocation and leakages, given that there is a limited scope for additional borrowing and external aid.

“Relatedly, the government should address, as a matter of urgency, illicit financial flows from the country, especially from the extractive sector”, the brief recommends. However, endemic corruption currently prevailing in the country could pose a stumbling block to this method of dealing with COVID-19.

It would also be prudent to provide more affordable credit facilities and foster entrepreneurship on the part of government. This should ideally be targeted towards small scale agriculture, artisanal miners, small and medium sized businesses and the informal sector.

The brief points out that the pandemic presents an opportunity for instituting a development model characterised by investments in domestic productive capacity – especially for basic goods and medical essentials such as face masks, sanitizers and PPE – and promoting regional trade.

As Zimbabwe’s economy remains in a precarious position due to the negative effects of COVID-19, it is imperative that the government addresses political issues related to good governance, respect for human rights, and payment of outstanding debts to international creditors, in order to attract the much needed foreign investment. Resolution of these issues could be key steps towards reviving the COVID-19-affected economy.