Captivity without end: The delusion of freeing the elephants 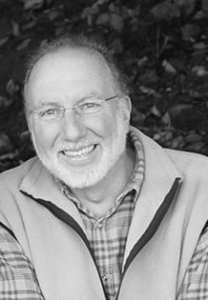 Nigel is the author of "Savages and Beasts: The Birth of the Modern Zoo" (2002), editor of "Representing Animals" (2002), and co-author, with Dick Blau, of "Elephant House" (2015). His book "Elephant Trails: A History of Animals and Cultures" will be published by Johns Hopkins University Press in the fall of 2021.

We are told that the closure of elephant houses in zoos marks the beginning of the end of captivity for these creatures. Instead, their enclosures are only redesigned, disguised, and made ever more spectacular.

Without the elephant, something about the place seemed wrong. It looked bigger than it needed to be, blank and empty like some huge, dehydrated beast from which the innards had been plucked.

When I was young and visiting elephant houses in zoos, there seemed to be little difference between the places where I stood and where the elephants stood. If I couldn’t reach out and touch the animals, I could still smell them and the almost sweet scent of their dung; I could hear their feet moving quietly across the floor and the sound of them blowing air out of their trunks or using them to sweep up mouthfuls of hay. Bits of straw and sawdust might just as likely be around my feet as around the feet of the animals. There was a kind of intimacy in those old buildings, an intimacy suggested by the fact that elephant houses were usually called “barns” by the workers. Over the last decades, most of the old buildings have finally been torn down. All that remains of the old elephant house in the town where I grew up is a relief sculpture of the face of an elephant that used to be on the front of the building. Now carefully wrapped for storage, it is hoped that it will be reinstalled one day on a new elephant building. There remain a few quite old elephant houses around, but they stand today only because they are either seen as somehow historically important or because of insufficient resources to replace them. Neither the 1915 Elephant Temple at the Taronga Zoo in Sydney, nor the 1908 Beaux-Arts elephant house at the Bronx Zoo in New York City (see pictures below) will ever house elephants again. They are now part of the history of exhibiting elephants.


A zoo and a sanctuary

Sixteen years ago, on April 5, 2005, the Detroit Zoo packed up two Asian elephants, Winky and Wanda, and sent them to the Performing Animals Welfare Society’s (PAWS) Ark 2000 Sanctuary in San Andreas, California. As Detroit’s retiring zoo director Ron Kagan recalled in a radio interview, the zoo made the decision because, despite all efforts, “the elephants were not thriving” in the chilly Midwestern zoo. In 2005, Wanda was 47 years old and Winky was 53. Both were described as aging and arthritic. In their new home, Kagan and others argued, the elephants would have more space, the company of other elephants, and warmer surroundings. Winky died in 2008 and Wanda died in 2015, both euthanized because of their severe arthritis. Responding to a reporter when Wanda’s death was announced, Kagan said “We knew this day was coming, but we are all sad”. He continued: “We can never thank the staff at PAWS enough for giving these two lovely beings such excellent care and many great years”.

The Detroit Zoo’s decision to send their elephants to a sanctuary was controversial. On the one hand, the move was greeted as a win for animal rights organizations claiming that elephants didn’t belong in zoos, even in so-called “good zoos” – the large, accredited metropolitan flagships of the industry. On the other hand, accredited zoos themselves were expected, at least in high profile cases, to transfer their animals only to other accredited institutions. For the industry, Detroit’s move seemed to undermine the claim of the professional organization, the Association of Zoos & Aquariums (AZA), that the standards of care at accredited institutions were higher than at other institutions (including sanctuaries). Despite the controversy, other zoos, including those in Los Angeles, Toronto, and Anchorage, soon followed Detroit’s lead. It began to seem to many like the days of elephants in zoos were coming to an end.


In 2002, I visited Ark 2000 to see the new facilities before any elephants had arrived. What was striking at the time was that the sanctuary was clearly seen by its developers and supporters as a way to liberate the animals from the exploitation of captivity. Elephants, they argued, shouldn’t be put on display for the entertainment of the public. Of course, the elephants would not actually be free; we all know that they are not somehow walking around wherever they want in the California hills. But the 30 acres set aside for Asian elephants at PAWS was a lot closer to freedom than a small exhibit in Detroit or other municipal zoos.

In the end, the elephant “habitats” at PAWS are still enclosed with steel bars and cabling; the animals are still brought into huge barns with concrete floors; individuals that don’t get along with each other are still kept separated; courtship and mating are made impossible as part of a commitment to making sure the animals don’t reproduce; foot care and other husbandry activities seen at zoos must still take place, and even though the sanctuary consistently claims that the facility is not open to the public, special “Seeing the Elephant” experiences are available to those who make donations of $300 per person for a one-day visit or $850 per person for a two-day visit. Donors, especially generous donors, are, of course, not the public, and sanctuaries are absolutely different from zoos. Sanctuaries exist to care only for the animals in their charge (not the species or conservation efforts) and do so by providing exclusive access to friends and benefactors.

Despite the hype, elephant sanctuaries are not evidence of the end of elephant exploitation. They are part of larger developments in ideas about animal captivity. Older ways of exhibiting elephants have always been disappearing and sanctuaries are a new form of exhibit.

It was the middle of October 2011 and the first day of our visit at the Oregon Zoo. A colleague and I were working on a book about elephants and keepers, and we were there to observe, to listen, and to take photographs. Although it was not one of the things I thought I would learn through the project, over the course of that visit it became clear to me that, even though elephant buildings and even whole elephant programs at some zoos might close, a future when elephants won’t be in captivity is difficult to imagine.

There were seven Asian elephants at the zoo at that time. Of the seven, the one I had wanted to meet more than any other was Packy. When he was born at the zoo in April 1962, he was the first elephant to have been born in the United States in over forty years. Because of his novelty, he received a lengthy spread in the May 11, 1962 issue of Life magazine, the cover of which featured a racist image of Bob Hope wearing a beaded and feathered “Indian headdress” with the headline, “Bob Hope at the Merry Peak of His Career” and the teaser “Big Blessed Event: 225 Pounds and All Elephant”. I had purchased a copy of that issue years earlier at a dusty used bookstore in Milwaukee, but even then, I had already been thinking about Packy for a long time.

So, we were going to meet one of the most famous living elephants in America. I had seen other male elephants, but only at a distance. Male elephants have never been as common as females in American zoos and circuses because although their huge size can make them impressive, they are usually less compliant than females. While many ambitious zoo and circus directors in the nineteenth and early twentieth centuries wanted male elephants because they thought they would make a more spectacular show, most of those who actually succeeded in acquiring one eventually regretted their enthusiasm. By the middle of the twentieth century, with plenty of young, female elephants from Africa and India available, there was little incentive to breed elephants in captivity and plenty of arguments against acquiring males. Those that were around, moreover, did not usually live for very long after they became full-sized adults. But Packy, an elephant that was born into captivity, endured, partly through the care and attention of his keepers for over half a century, and partly because of just who he was.

When we finally saw him, it was as he sauntered into the only indoor exhibition space in the old building. It was a large, roughly rectangular room of reinforced concrete at the back and sides, and steel bars at the front. That morning we were in the audience area and there must have been thirty people expectantly waiting for the appearance of an elephant. Packy did not disappoint. If he wasn’t the bulkiest elephant I had ever seen, he was certainly the tallest and he appeared simply gigantic in a room that all of a sudden seemed way too small.


When we met Packy, he was almost 50 years old, and through nearly all of those long decades he lived in one building, an elephant house just a few years older than he was. The building would eventually come down in 2015, a year and a half before Packy himself died – just a couple of months before his 55th birthday. The building was replaced by the much more spacious “Elephant Lands” exhibit that has become a central feature of the zoo. Packy lived for more than fifty years in a single building and when it came down, a lot of memories – and not just those of people – came crashing down with it.

Packy got to spend some time in the new Elephant Lands, but because he had been diagnosed with tuberculosis, he was quarantined in a small part of it for much of the time. But when I thought of him there, and when I thought of Wanda and Winky at Ark 2000, I saw the efforts as parallel. In a sense, both were designed as better options for elephants and more spectacular exhibits for people. Elephant Lands, Ark 2000, recent celebrated elephant exhibits at zoos in Copenhagen, Zurich, and elsewhere, and now White Oak in north Florida with its herd of thirty elephants, should all be seen as just the most recent and ambitious efforts to keep elephants in captivity. These new facilities, call them zoos, sanctuaries, or conservation centers, do not signal the end of captivity for elephants. They instead mark new steps in more and more extravagant efforts to showcase an animal that has always somehow been central in human thought.

The intimate spaces of the old zoo houses that I remember from my childhood are largely lost in these new places. The animals, now, are over there; they appear to live in neither a human world nor a natural one. They walk in manufactured natures bounded by the limits of restraint and simulation. The goal for a very long time has been to make this simulation more and more convincing to us, but it never really works. I wonder how long it will be before we are handed immersive augmented reality technologies as we enter the zoo, where the African elephants will appear to be visiting a waterhole in the Serengeti, or the Asian elephants will look like they are walking through a deep forest in India with perhaps a ruined temple nearby.