Skeptics and Yogis: Ancient Indian wisdom is broader and deeper than you might think 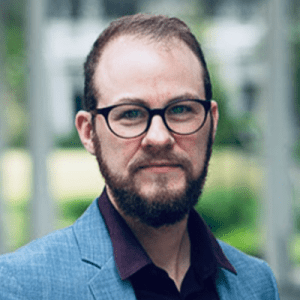 Malcolm is Assistant Professor of Philosophy at Yale-NUS College. His research focuses on Indian philosophy of language and epistemology. He is the author of Language, Meaning, and Use in Indian Philosophy (Bloomsbury Press, 2019) and host of the podcast Sutras (and stuff).

Most people today conflate Indian philosophy with yoga and meditation but are unaware of the broader context for these practices, let alone the wider range of ways that classical Indian philosophy connected together reasoning, living well, and living virtuously. In this article I introduce readers to the role of investigation and reflection in “ancient Indian wisdom” and show that there are skeptical as well as spiritual ideas in India.

For people living in the US, UK, and other “Western” countries today, the phrase “ancient Indian wisdom” probably calls to mind yoga and meditation. In recent years, more than 35 million US residents have practiced one of these (1). Given the growth of yoga studios, meditation apps, and even Instagram influencers showcasing both practices, they are likely to increase in years to come. While debates rage about just how “Hindu” modern versions of yoga are, and how genuinely “Buddhist” meditative practices are, there’s another question worth considering: Do modern people miss something by identifying “ancient Indian wisdom” with yoga and meditation alone? Has the outsized importance of these practices in the modern imagination obscured other aspects of premodern Indian traditions that we can learn from? If yoga and meditation are Indian ideas worth exploring, are there others as well?

In addition to being the birthplace of these practices, India has long been the home of sophisticated inquiry into the relationship between living well, acting virtuously, and reasoning carefully. Buddhist meditation manuals and yoga texts like the Yoga Sūtra are part of a long and diverse intellectual tradition in the Indian subcontinent, one which joins practical concerns with abstruse philosophical reasoning. There are even skeptical challenges to religious practices and spiritual, otherworldly orientations. Indian philosophy includes, but is much more than, yoga and meditation.

Indian thinkers write in Sanskrit and Pāli, among other languages. As a consequence, they don’t call their project “philosophy,” but they use Sanskrit words like ānvīkṣikī and darśana to describe what they are doing. Ānvīkṣikī, translated as “investigation,” or “inquiry,” describes their overall method. And darśana is a “viewpoint,” or a “seeing,” a way of grouping positions, such as Buddhism in comparison to Yoga, two viewpoints with different positions about whether there is an immaterial self: Buddhists reject it, Yogis accept it (2).

Indian thinkers inquire into the nature of reality using a range of methods. Their investigations often involve meditative practices designed to sharpen the mind and focus the senses. Yet the image – a common trope in New Yorker cartoons – of a half-clothed meditator or yogi, seated on a distant mountaintop dispensing wisdom, is a caricature of Indian philosophy. This stereotype ignores the social nature of Indian inquiry and the role of reasoning, which is crucial for investigators to attain a correct viewpoint.

A group of thinkers known as “Jains,” for example, are known in the US, if at all, for their strong ethical standpoint against harming living creatures. Recent media coverage about the growth of Jain studies in universities emphasizes their ethics, which includes the idea of ahiṃsā, or non-harm. However, Jains are also interested in how we come to know moral truths. And even in their earliest texts, they present ahiṃsā as the result of careful reasoning. In the Jaina Sūtra 1.4.3 we find a dialogue between a Jain teacher and some skeptics of non-harm, who think that killing and eating animals is okay (3). The Jain asks one skeptic, “Do you find pain pleasant or unpleasant?” The answer, of course, is that it’s unpleasant. Since pain is unpleasant for skeptics as well as all other living creatures, the implication is that they should not enact on other beings what they themselves find unpleasant. Later Jain thinkers, still defending ahiṃsā, developed a sophisticated logical framework for evaluating statements, which contemporary academics are still studying in philosophy departments across the world (4).


Dialogues like the one in the Jaina Sūtra between a proponent of a particular viewpoint and a skeptic in need of persuading are found in the texts of many Indian philosophical traditions. Like Socratic dialogues in which knowledge emerges gradually and through conversation, these discussions rely on investigation into ordinary observations – such as that pain is unpleasant. But unlike Socrates, who is known for his negative approach in undermining his interlocutors’ views to show what they do not know, most of these Indian investigations have an explicitly positive ethical and practical aim. Socratic dialogues famously end in aporia, the word for a puzzling situation where no final position has been established, not by Socrates nor his interlocutors. In contrast, Indian thinkers aim for a final position, or siddhānta, that has been established by reasons—and typically, also defended against potential criticisms. These positions are usually not mere claims about metaphysics, but have importance for how people ought to live.

This is arguably the case even for a group of Indian philosophers you won’t hear about in a yoga studio or meditation session: the Cārvākas. These thinkers, whose works are mostly preserved as quotations in other texts, were adamantly opposed to the religious thought of their day, arguing that it is irrational to believe in an invisible deity and a waste of time to engage in painful and difficult ascetic practices just because you think some deity told you to do so. Their pointed criticisms earned them the name “nay-sayers” (nāstika in Sanskrit). Yet they did not merely shake their heads at other views. They advanced critical arguments to support such claims as: there is no indestructible immaterial self, but our consciousness ends when the body does (5). If this is the case, they argued, it’s a waste of one’s short, precious life to engage in religious practices, especially since these cost a lot of time and money. Others criticized them for rejecting widely held moral obligations and norms, or dharma. The nay-sayers were reproached as amoral hedonists. But another way to understand the Cārvāka viewpoint is that it takes seriously the implications of humans as merely mortal, bodily creatures. In their view, living well and rightly conflicts with mindlessly following practices that promise unseen future benefits – benefits no one has ever managed to confirm even exist (5).

In their own way, then, Cārvāka thinkers were focused on the deep problem of human suffering, just like their more religious peers. They also believed that life is full of pain – existential and physical – and new beings are constantly born, suffer, and die. No one escapes suffering, no matter who they are. In contrast to the nay-sayers, other Indian thinkers – Buddhists and Yogis alike – accept the idea that we are constantly reborn into new bodies, which explains our having inborn tendencies, for one thing. When one child is born with a propensity for music, and another is not, one explanation could be the existence of skills acquired in a past life which continue on into another. Thus, many Indian philosophers agree, we are all subjected to an ongoing series of painful lives – not only the one we experience now, but also ones which preceded it and many more to follow. As we’ve seen, the Cārvāka solution to the constancy of suffering was to dispense with burdensome practices aimed at otherworldly goals and to focus on the material, natural world: enjoying our bodies and seeking out pleasant experiences.

In contrast, Buddhists think that to address suffering, human beings should come to see that they are not selves. They argue that we are instead bundles of moments – a thought which comes about now, a feeling which rises up after, an action which results – and that there is nothing else that strings these discrete experiences together. There is only cause and effect, cause and effect, endlessly. Once we see this, we don’t cling to things and experiences for the sake of some fictitious “self.” And this change in perspective, resulting from meditation as well as reasoning, allows us to interrupt the endless cycle of suffering.

Jains and Yogis, though disagreeing about much, agree that Buddhists are wrong, and that we do have selves, selves which are different from our bodies and these experiences. Both groups emphasize that we need to recognize what kind of self we are. Though they disagree in some subtle philosophical ways about the self’s nature, they agree that understanding our essential nature is important for our ability to act beneficially for the self. For Jains, acting beneficially especially means avoiding harm to other creatures. This way of living isn’t just good for animals and insects, who they think also have selves, but it’s good for us and our immaterial selves, since violence brings about harm to the doer as well as the victim. And for Yogis, even before sitting down to perform yoga poses (or āsanas), we must focus on acting ethically, controlling our body so as to internalize the view that it is not our self. In their view, each individual is an unchanging deep self, not to be confused with constantly changing physical matter or even our changing thoughts and emotions (6). And the yoga poses themselves are mere preparation for meditation to help us recognize our self: sitting for hours at a time is easier when the body is limber (6).

Depending on who you think is right, meditative or physical practices (like yoga poses) function differently – or they don’t work at all. Most importantly, they don’t exist as independent practices outside of a viewpoint. And these viewpoints are refined through thousands of years of investigation and debate. Buddhists, Jains, Yogis, and Cārvākas criticize each other, poking holes in arguments and challenging each other’s observations. As a result, these thinkers have refined their ideas over time. They use logic, avoiding contradictions and testing implications. In fact, one group of Indian thinkers known as Nyāya are often called “the logicians” because of their commitment to rigorously testing reasoning and their explanation of how good reasoning works. These thinkers were probably also practitioners of Yoga, though what they mostly wrote about was how we can know things, how we can reason together, and how knowing and reasoning can help us both be better people and alleviate suffering (7).

For all of these groups, living well and inquiry go together. Despite significant disagreements about the solution, they tend to agree that human beings are faced with a problem that requires action and knowledge: suffering. A common metaphor underscores this fact: physicians need to diagnose a disease to treat it. And diagnosis is a matter of investigation: observing and reasoning, checking your conclusions with other expert physicians, and then applying the right treatment. So-called “ancient Indian wisdom” isn’t reducible to exercise or stress-relief, although yoga poses and mindfulness meditation may have these results. A fuller exploration of these viewpoints and their investigative techniques reveals methods for reasoning well, for discussing controversial ideas with people who disagree with you, and for testing the veracity of your beliefs. India’s inquirers include both skeptics and defenders of what we might otherwise think of as spirituality and religion. Even those who believe in a God, future lives, or an immaterial self, defend their ideas through debate and reasoning, taking seriously potential challenges to their views. This broader concept of “ancient Indian wisdom” turns out to be, in fact, very modern wisdom that is still relevant today.