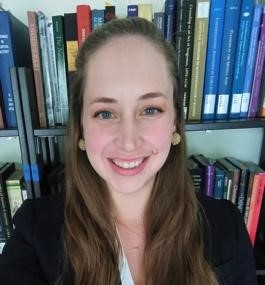 Meghan is a historian of medieval culture and law, specializing in Anglo-Norman England. Her research focuses on the roles of emotions within aristocratic culture and law.

The word “chivalry” likely brings to mind an armored knight, winning battles and protecting a beloved lady. But pop-culture discussions of chivalry miss a key element of medieval knightly culture: friendship. Medieval literature emphasized the importance of affectionate, loving friendship between men, and both real and literary knights believed that displaying these friendships enhanced their virtue. However, this code of friendship was also linked to violence and misogyny. These toxic applications of friendship serve as a warning that we should be cautious of how we use friendship’s power.

Editorials and op-eds in recent years are full of discussions of “chivalry” – is it dead? Should we let it die?

Even medieval historians have a hard time agreeing about what chivalry was, and it would be an oversimplification to claim there was ever a single code of chivalry that all medieval elites would recognize (1). At the most basic level, chivalry was a group of ideas about warrior conduct that emerged at the end of the twelfth century, when more knights were joining the ranks of the aristocracy (2). Twelfth- and thirteenth-century literature praised knights who were brave, skilled in battle, loyal, well-dressed, and polite at court (2). Chivalric norms placed some limits on violent behavior in order to protect the weak, the poor, and the religious. But they also glorified violence.

One element of chivalric behavior is often overlooked in modern discourse, even though it was essential within medieval literature: friendship. Medieval romance literature is full of scenes of heroic battle and dramatic quests undertaken for the sake of a ladylove. But what is often at their core is loving friendship between men. Fictional knights prioritized their friendships with select peers over almost all else – a reminder to their real world counterparts to uphold bonds of loyalty to each other.

Medieval knightly love was affectionate – effusively so – and was seen as a central part of warrior masculinity. We see this kind of behavior in romance literature that was popular among courtly audiences at the turn of the thirteenth century, written in the vernacular French and meant to be performed aloud. Knightly friendship is perhaps best exemplified in a French chanson de geste (a kind of epic poem, literally translating to “song of deeds”) called Ami et Amile, written around the year 1200. The poem tells the story of a pair of perfect knights. Although the tale has plenty to entertain – battles fought for Charlemagne, marriage to beautiful ladies, and even a grisly leprosy-curing murder miracle – the central focus of the story is perfect friendship.

Ami and Amile are baptized together as infants but then raised separately. Upon reaching maturity, the two men embark on a quest to find each other. Their first meeting establishes the love that will bind them throughout the story. When the duo meet across a field:

With a kick of his golden spurs [Ami] rushed toward him, and Amile, who had seen him from afar, recognized him in turn. He raced forward, and the two met in such a tight embrace, so mighty was their kiss and so tenderly did they clasp each other, that they almost fainted dead away; their stirrups snapped and they fell together to the ground (3).

Repeatedly throughout the poem, the two knights are separated and then reunite with passionate embraces. In the Middle Ages, and especially in the twelfth and thirteenth centuries, the aristocrats of Western Europe believed that love recognized and enhanced virtue (4). The two knights love each other because they are perfect, and their love in turn enhances their status as perfect knights. As Ami and Amile show, true knighthood was less about opening doors for women and more about opening arms to a friend.

Physical displays of affection were important for real world knights as well. Richard the Lionheart, son of King Henry II of England and later king himself, was famous for his prowess as a warrior. He also had a much-commented-on friendship with Philip II, the king of France. When the two men, at the head of their respective armies, met on crusade in Messina, their reunion resembled that of Ami and Amile. Richard of Devizes, a contemporary chronicler, reported:

The king of France, knowing of the arrival of his comrade and brother, flies to his reception, nor could their gestures sufficiently express in embraces and kisses how much each of them rejoiced in the other. The armies cheered one another with mutual applause and intercourse, as if so many thousand men had been all of one heart and one mind (5).

This friendship was also a major political alliance. It unified the armies of England and France in their efforts to recapture Jerusalem during the Third Crusade, bringing them together in “one heart.” Later, after returning to France, the two men continued to display their affection for each other. They ate meals out of the same dish and slept at night in the same bed. Another chronicle writer noted that the king of France loved Richard “as his own soul” (6). Unfortunately, this mutual love would not be enough to prevent the two men from warring against each other in later years.

Friendship was also the highest priority for medieval literature’s most famous knights: the Knights of the Round Table. Although Lancelot is famous for his love affair with Queen Guenevere, it is often his love with other knights that takes central stage. In the Prose Lancelot, a French romance written between about 1215 and 1225, before Lancelot falls in love with Guenevere, his heart is won over by someone else: a fellow warrior named Galehaut.

Galehaut is originally an enemy and rival king to King Arthur. But he is so impressed by Lancelot’s knightly virtue that he sacrifices his own interests in order to join Lancelot as his companion at Arthur’s court. The narrator explains that Galehaut “had given him [Lancelot] his heart with a love greater than loyal companionship alone could make a man feel for someone outside his family” (7).

While Galehaut prioritizes their friendship above all else, the same cannot be said for Lancelot. Lancelot’s love for Guenevere competes with his love for his friend. Repeatedly, Lancelot’s loyalty to Guenevere and Arthur pull him away from Galehaut, until, mistakenly believing that Lancelot is dead, Galehaut dies of grief.

This tension points to a dark side of the veneration of knightly love: the denigration of relationships with women. Often, medieval romances depict marriage or love affairs as competing with male friendship. In Ami et Amile as well as the Prose Lancelot, women repeatedly appear as a threat to the higher-value male relationships. Ami et Amile presents two models of wife: the bad wife who is jealous of her husband’s friendship, and the good wife who places her marriage and even her children second to her husband’s friendship.

At a critical moment of the story, Amile murders his own children in order to use their blood as a miraculous cure for Ami, who has been stricken with leprosy. When she finds out, his wife Belissant considers her sons a worthy sacrifice. She is depicted as a “good” woman precisely because she places herself and everything else second to her husband’s male friendship. This kind of hierarchy could reinforce misogynistic attitudes towards women, especially stereotypes of them as jealous and manipulative.

When we talk about chivalry, we have a responsibility to challenge the way historical inaccuracies are used to reinforce harmful gender norms today, but without reproducing the historically accurate sexism of the past. Friendship is an underemphasized component of chivalry, and one that can inspire us with its unembarrassed enjoyment of love. But it is not without its own toxicity.

We can ask the same question of friendship that medieval historians have spent centuries asking about chivalry: did it limit violence? Friendship was effective at preventing violence between professed friends, such as when Galehaut gave up his fight against Arthur to pursue friendship with Lancelot. But friendship did not prevent violence directed outside of the relationship, and in fact it sometimes encouraged it. Ami and Amile killed Amile’s children. Philip and Richard joined together to kill thousands of Muslims on crusade. Galehaut killed himself in desperation. In each of these cases, friendship supplied motivation and support for violence.

So what should we take away from chivalric friendship? Medieval literature shows that friendship is powerful, and expressing affection need not undermine even the most fearsome warrior’s masculinity. For medieval knights, vulnerability to love could be a form of strength. But like all powerful forces, friendship can be misused. In medieval literature and reality, the deep loyalty that friendship cultivated could produce mistreatment towards others. If we want to learn from medieval knights – but also do better than them – we don’t need limits placed on how we express friendship, but rather on what ends we use our friendships towards.