The right’s network of culture warriors 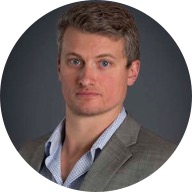 Anthony Pahnke is an Assistant Professor of International Relations at San Francisco State University, in San Francisco, California. His research deals with social movements and protest, development, and trade policy.

Trump, Bolsonaro, Orbán – just a few of the populist rightwing leaders who often grab the headlines with their bombastic rhetoric and extreme nationalist views. Yet, to truly grasp the nature of rightwing politics around the world, we need to pay attention not only to their leaders, but to their grassroots networks of support. In this article, I focus on a variety of such organizations in civil society, which have weaponized key elements of political discourse in their respective countries. Part of these efforts help explain vaccine hesitancy in the United States. The point is not to dismiss the current global mobilization of the right as groups of ‘fringe’ actors, but as organized and well-funded grassroots networks.

Moderna, Pfizer, and Johnson & Johnson – three companies that have manufactured the most effective vaccines to fight COVID-19.
How many adults in the United States, where these vaccines are widely available and have been for months, are fully vaccinated? Just 54% (as of the time of writing).
In large part, the reason for such a low figure is the successful grassroots mobilization of rightwing groups. More precisely, in the US, various rightwing groups openly propagate a series of conspiracy theories that work against vaccination efforts. Labelled as government overreach and a violation of individual freedom, shots are represented as “unpatriotic.” Moreover, partisan loyalties indicate that those to the right on the political spectrum tend to oppose immunization more than the people on the left. In fact, Donald Trump’s social media activity has been found to be a principal driver of anti-vaccine sentiment (3).

Still, while important in discussing the ongoing COVID-19 pandemic, the real story here is not the vaccines. It’s that in the US, Europe, and elsewhere, the right has built networks throughout civil society that have weaponized the cultural norms in these regions to control the political discourse. The extent of these networks’ power is not to be taken lightly and needs to be understood for those concerned with the direction of global politics.

Consider what’s been going on in Hungary.
Sure, Viktor Orbán gets lots of attention for espousing anti-Semitic conspiracy theories and using harsh rhetoric towards immigrants. But behind this leader of the rightwing party, Fidesz, there’s extensive grassroots support. One study (2) of these groups, which are known as the “civic circles,” notes that there are approximately eleven thousand. They are composed of educated, middle-class Hungarians who periodically engage in protests if they are not meeting in churches or publicly celebrating national holidays. This grassroots base, with financial support (1) from institutions in Orbán’s government, expends critical amounts of energy and resources on cultural work. In tandem with politicians, these groups regularly follow rightwing leaders in demonizing “outsiders” as they evoke a mythical, however historically problematic, representation of Hungarian identity.

We see similar dynamics in France, behind Marine Le Pen’s far-right National Rally party. There, it is not so much the work of civil society organizations, as it is social media activists and groups in Poland that have managed to insert the rhetoric of extreme nationalism into mainstream French political discourse.


In Brazil, it’s Jair Bolsonaro, who is known for embracing his country’s authoritarian past and denouncing leftists. His rise came in part from his country’s network of evangelical churches. Like Hungary’s civic circles, the churches function as machines of cultural production, acting as conduits that pass information to the people. Even as Brazil remains majority Catholic, the Evangelicals are more politically engaged, seen in their efforts in supporting candidates for political office.

Similar networks operate in the United States. The list of such groups includes Americans for Prosperity, American Legislative Exchange Council (ALEC), and FreedomWorks. As in other countries, civil society organizations propagate a rightwing ideology rooted in nationalist populism. They also craft bills that politicians make into law, staff field offices around the country in select neighborhoods, and engage in protests. Wrapped in American flags and professing love for individual freedom, the grassroots right works hand in glove with powerful economic interests to challenge unions and promote tax cuts. On the streets and on social media, they challenge pro-choice organizations over reproductive rights and face mask mandates.
Additionally, these rightwing groups backed Trump in 2016. As the US Presidential elections in 2024 are fast approaching, the former President can rest assured that this network of cultural warriors has his back.

And here is the red herring of anti-vaccination sentiment. Everyone in the US knows that a vaccine exists and that the government had a hand in producing it. For the rightwing culture activists, this information provided fodder for their already existing anti-government campaigns. The fact that parents show up at school board meetings, denouncing not only face masks, but also the proposal to teach the US’ history of racism to students, is evidence that for this propaganda that sees government as the problem.

This placed former President Trump in such an odd situation – on the one hand, his administration helped create the vaccine, yet, on the other, his base of supporters see government as a problem.

Trump and those on the right managed to choreograph this dance around the vaccine in a variety of ways.

First, there is the expressed opposition to any mandate – such as for masks or vaccines. In this way, the right leaves it up to the people to choose, and hence, getting vaccinated becomes about “freedom.” Those who propose vaccine mandates are therefore depicted as authoritarian.

Second, there have been ongoing efforts to cast aspersion on certain people who work in government, particularly Anthony Fauci. Fauci, who was a member of the White House Coronavirus Task Force under Trump, and now serves as President Biden’s Chief Medical advisor, is repeatedly denigrated by the right for being an elitist, corrupt, and entirely self-interested.

None of this ridicule has any basis in fact. The point is that Fauci represents a “bad” government actor, one that is part of the problem. America needs the right – read Trump – to return to power to fix the country.

Let’s be clear – whether its anti-vaccination or anti-immigrant sentiment, the issue is not so simple as fringe elements spreading misinformation. Such a take on what the political right is doing amounts to an arrogant dismissal, which can easily be considered elitist, if not patronizing. As anti-intellectual currents run on the right, such attitudes only add fuel to the fire.

The point is to recognize the real, diligent mobilization of rightwing civil society organizations including their extensive political connections and bases of financial support. Without this kind of recognition, instead of dismissal, the right will only continue to gain power as their opponents ignore the work of the grassroots cultural warriors.