The politics of othering and the other’s politics in Turkey 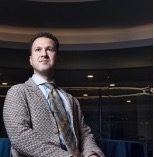 Umut is a professor of International Politics and member of the WISE Centre at Glasgow School for Business and Society at Glasgow Caledonian University. He serves the IPSA International Political Science Association as its Vice-President. He is an expert in Turkish and Hungarian politics, and has a forthcoming edited book with Amsterdam University Press entitled The End of Cosmopolitan Europe? Euroscepticism, Crisis, and Borders. Prof Korkut currently leads the EC Horizon 2020 funded research projects DRad: De-radicalisation in Europe and beyond: Detect, Resolve, Reintegrate project (2020-2023) and Demos: Democratic Efficacy and Varieties of Populism in Europe (2018-2022).

Islamist authoritarianism is threatening gender rights and freedoms in Turkey. This article traces the impacts of populism with religious tones on LGBTIQ+ populations in Turkey. It refers to data collected by two focus groups held in Istanbul with LGBTIQ+ publics in 2020. Veering away from existing research on why vulnerable populations are attracted to populism, this article presents how populism generates its own vulnerable populations. It debates how populations targeted by populism negotiate their identities with populist discourses and argues that vulnerability does not make them meek but active dissidents. Staying within a delineated comfort zone or vying for survival outside such a comfort zone is a dilemma affecting the people targeted by populism. As a solution, this article presents building joint narratives of solidarity with victims targetted by populism as the way forward to stand against populism.

It should perhaps be an oxymoron that Turkey withdrew from the Istanbul Convention in 2021. The Istanbul Convention – Action against violence against women and domestic violence was named after the city where it was opened for signature in 2012. Ironically, Turkey was the first signatory to the convention and became the first country to withdraw from this convention. To undermine the treaty, the conservative right in many states, including Turkey and Poland, has depicted the Convention allegedly as an attempt to “destroy” families and legitimise homosexuality. Turkish Presidency Communications Director Fahrettin Altun says the Istanbul Convention was being instrumentalised to normalise homosexuality. This, he says, goes against Turkey’s traditional societal and family values. For its proponents, however, the Convention has been the mainstay to prevent gender-based violence. Femicides do happen in Turkey and there have also been honour killings against the LGBTIQ+ population. In 2021 there were 280 femicides and a further 210 women died in mysterious circumstances. In Europe, only Poland, Ukraine, and Russia saw more femicides than Turkey. A study by Pink Life, a Turkish transgender association, noted that 54 transgender people have been killed in Turkey since 2008. In his struggle for political survival, however, President Erdoğan ditched the convention to consolidate conservative voters despite the unanimous vote with which his AKP party ratified the same convention ten years ago.


The main opposition against the religious authoritarianism of the President Erdoğan has been the Republican People’s Party that represents the secular Republican voice for years in Turkey whilst remaining traditional on gender issues. Amid the ascendance of Islamist authoritarianism targeting gender rights, however, many in Turkey still find themselves neither aligned with the Republican opposition nor with what the government enforces. Staying within a delineated comfort zone or vying for survival outside such a comfort zone is a dilemma that affects liminal publics, who perennially move between the Scylla and Charybdis of being victims targetted of Turkish conservative politics or living in internal or external exile.


Emigration is increasingly seen as the way out for many dissidents, activists, and progressive publics in Turkey. Rather than taking for granted that emigration is a solution, however, in our EC Horizon 2020 funded research project Demos Democratic Efficacy and Varieties of Populism in Europe we explore the motions of target populations of populism. In late summer 2020, we held two focus groups involving LGBTIQ+ activists from a broader spectrum of the Turkish public including students, Muslims, white-collar workers, and trans activists.

There is much research on why populism attracts vulnerable people as voters. That is, those who consider themselves excluded from the elite and political power find a hospitable voice within populist political narratives. However, during our talks and discussions with LGBTIQ+ publics in Turkey we queried the vulnerabilities that populism has generated within its target populations. However, we did not approach such populations as meek actors facing homegrown political hatred, but as activists that would persistently negotiate their identities vis-à-vis populist conservative forces. The two focus groups coincided with the rise of COVID-19 cases, politicisation of the Istanbul Convention by the conservative right, the cancellation of Istanbul Pride for yet another year and rampant femicides in Turkey. This socio-political environment suggested the end of sterile life for one of our participants, meaning even those who found room to live within their assumingly comfortable zones still felt how the conservative political forces were encroaching.

To interpret what sterility and its end suggest, that is, whether this was a correct interpretation by our research participant or not – I turn to Michel Foucault and Vaclav Havel as two thinkers that I commonly use to interpret dissidence in Turkey. (1) Demonstrating viability against the sterility of official simulacra, which represented authoritarian socialism in Eastern Europe in the 1980s, was a continuing struggle for these dissidents as well. In their struggle, they sought ways to pursue a lifespan for their truths within the domain of life –  controlled by the communist propaganda machine. To qualify this struggle, Havel repeatedly spoke of living within the truth as a natural, existential and pre-political mode of existence (2).

However, even an attempt to live within the realms of their own truth, that is, the embodiment of their sexuality or gender non-conformity, poses an existential threat to LGBTIQ+ people in Turkey. Our research participants called populism in Turkey an “exaggeration of fears or worries of collective publics”, which excluded them, and an attempt to legitimise the government encroaching into the fragile comfort zones of LGBTIQ+ publics, namely their clubs, bars, and streets.

These comfort zones do not only allow the community to express their non-conformism, but also serve as an economic survival mechanism via employment and welfare. One participant mentioned how economic populism amidst COVID-19 hit the LGBTIQ+ community when their much-loved nightclub Anahit Sahne closed, failing to operate any longer due to COVID-19. Due to its essence serving as a meeting place for the LGBTIQ+ community of Istanbul, Anahit did not receive any economic support from the government while, according to our participant, big capital – powerful individuals – close to the government enjoyed such support.

Moreover, transgender people in Turkey frequently face violent attacks that go unpunished, and there have been at least 2,534 femicides in the past ten years. In our focus groups, one participant raised the fears of the LGBTIQ+ community calling police after they were robbed.

The politics and economics of populism, therefore, continue to tarnish LGBTIQ+ bodies – the homo sacer of Turkish politics. This term, coined by the Italian philosopher Giorgio Agamben means a figure who can be exiled and even killed by anybody in their society.


Another participant interpreted what LGBTIQ+ populations facing Turkish conservative politics experience as agitation in an uncanny society, and the perennial stress of bare existence. LGBTIQ+ populations accept their vulnerability within Islamist authoritarianism, but they do not reconcile themselves with it. Instead, vulnerability unleashes their activism as a strategy for survival, even if, in the words of one participant, they realize that such activism widens the gulf between them and broader society even further.

Hence, the targets of populism do not experience vulnerability in solitude, but evolve as publics living in solitude by standing firm against populism through their audacity to “live in truth” in Havelian sense of the term. The Turkish artist Gökçen Cabadan [Figure 1] states that isolated individuals are cowards and cowards can be governed much more easily. The Horizon 2020-funded Demos project shows that vulnerability is both the poison and panacea for LGBTIQ+ publics facing populism in Turkey. On the one hand, it saves them from the solitude of conformity, but on the other it exposes them to an activism for survival that is nonetheless condemned to solitude.

Building joint narratives of vulnerability across like-minded dissidents to counter populist threats and the solitude they impose on alternative publics could be a solution. A way forward may be presented by the cooperation within joint platforms of the current feminist and gender-rights activism in Turkey with LGBTIQ+ rights organisations. Together, these can face the incursions of the religious authoritarianism threatening their safety and security.