Zigzag career: From science to music to science writing 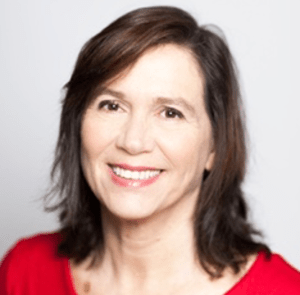 Gabrielle is a freelance science & medical writer based in Toronto. She has won six national awards for her magazine articles and is the author of two creative nonfiction books. She is currently working on a book about the Covid-19 pandemic called 2020 BLINDSIGHT, slated to be published in 2023 by the Brownstone Institute.

Gabrielle Bauer studied science because she could—and because her mother thought she should. When forced to confront her ineptitude in the lab, she turned to music as a salve for her confusion. But composing for the music industry also failed to deliver the career fulfillment she sought, so she turned back to science in another form. As a successful science writer, she can finally connect the dots in her checkered career.

My mother’s words hung over me as I chose my major. Eenie meenie miney mo, biochemistry! Respectable, weighty. Rigorous enough that only people with the brains to study science—people like me—could hack it.

“You would end up as a music teacher, and all the music teachers I know are spinsters,” she told me. I loved playing the piano, but my mother said it had no future as a career. And the way she spat out the word “spinster” made it sound like a fate worse than death. Other things I loved: learning languages, solo travelling, writing silly poems. All impractical, my mother said, and I couldn’t find the words to challenge her. Science it would be, then. My seventh-grade teacher had told me I had a scientific mind, and I understood the difference between correlation and causation, so why not?

I hacked it well enough to graduate Summa Cum Laude from McGill University and to get accepted to a combined Master’s/PhD program at Harvard. My mother beamed: having a daughter with a doctorate from Harvard gave her bragging rights in perpetuity.
I lost no time falling in love with Boston, with its stately brownstones and heavenly clam chowder. I did not fall in love with the lab, though I managed to spill a vial of benzene, a highly flammable chemical, and came close to setting my face on fire. During one six-week rotation I worked for a dusty old researcher who had made his name studying lysosomes (mini-organs in cells that break down various molecules) in rats. Somehow it was decided that I was just the right person to release the guillotine over the lab rats’ heads. Completely painless, my supervisor assured me as the rats squealed. I knew it had to be done—health research requires animal models, after all—but did it have to be me?

I was meeting all kinds of interesting people on campus—people studying East-Asian languages, psycholinguistics, ethnomusicology—and was jealous of them all. Why did they get to study such cool things, while I was consigned to lopping off rats’ heads in a windowless lab?

It wasn’t just about the rats, though: the physicality of doing science—the measuring, the weighing, the calibration of the centrifuge—bored me mightily. And being a research scientist requires a mountain of patience—a quality I had never possessed and didn’t know how to develop. I wanted to see results within days, not years. I concluded that I had a scientific mind, but not a scientific heart.

Music beckoned as a blessed escape from all this. I had always been able to reproduce melodies and chords by ear and had written a couple of childish pieces in the style of Mozart, so composition seemed like the best fit. Four months into my studies at Harvard I pulled the plug, slunk back home to Montreal, and enrolled in McGill’s composition program. My mother didn’t hide her disappointment.
My music studies washed over me like a shower of fine mist. No more rats, no more shattered vials—just pretty strings of sixteenth notes, resonant chords, plaintive oboe riffs, all dancing in my head and onto the page. I could wake up with a tune in my head and have a completed page of music that same night, feeding my appetite for quick gratification. Composition also offered creative possibilities I had never found in the lab. A piece of music could unfold in a multitude of ways, its twists and turns surprising me even as I sketched them out. This surprise element tickled a playful side of me that had long lain dormant.

A post-graduate program in composition for the music industry (in Los Angeles, of course) rounded out my apprenticeship. Hollywood, here I come! Except Hollywood didn’t care. I was just one of a thousand dogs competing for a bone, and I wasn’t sure I had it in me to push past the other dogs. I eked out a couple of small jobs, like transcribing music from audiotapes (known as “takedowns” in Hollywood lingo) and writing a score for a short documentary that appeared exactly once on television. Fame and glory were not coming my way.

But it was more than that: while the mechanics of music fascinated me—the magical sounds one could make by piling notes on top of each other, the syncopated rhythms that surprised and delighted the ear—there was nothing compelling me to write this piece instead of that one. In brief, I didn’t have anything to say as a composer.

Time passed and life happened: a marriage, a divorce, a move to Tokyo to lick my wounds, and an intense but ill-fated relationship with a Japanese doctor. When I returned to Canada, I bought a computer and began writing about what had happened to me in Japan. Against all odds, my travel memoir found a publisher. The silly poems I had written as a teenager had evolved into something—was it possible?—that could earn me a living.


With renewed motivation after my book won an award, I began looking into career options that involved writing. By happenstance rather than design, I found a job as an editor at a healthcare publishing house, where I made connections that helped me launch a career as a freelance health and medical writer. My biochemistry studies, which I had consigned to the heap of life’s mistakes, now had a purpose again. Terms like regression analysis and reverse transcriptase didn’t scare me, and I delighted in transmuting the dry language of academic journals into prose that doctors, policymakers, and everyday consumers could get excited about.

When you finally find your place in the world, things start to happen: clients give you testimonials, word of mouth kicks in, and emails offering work start flooding your inbox. You may even pick up another husband along the way, as I did.
A good decade behind most of my friends, I was finally making more than a subsistence income. I was able to throw out the sofa where a family of mice had taken residence and buy a new one. At age forty I bought my first house. More importantly, I was enjoying everything about the work, even the difficult parts. There was a rhythm to it all—a rhythm I hadn’t found in either the lab or the recording studio. The space between my thoughts and my paragraphs felt luminous and unencumbered—nothing like the heavy air that swirled around me when I purified a protein in the lab. And as much as I loved music, putting notes on the page had felt calculated, rather than inspired. With the written word, I finally had something to say.

My journey may look random to the naked eye, but in the fullness of time I’ve come to see it as anything but. As I now realize, I actually did love science back in university—it’s just the lab part that didn’t work for me. What I loved about science was the logic of it, the method, the precisely choreographed steps to get from A to B. Though my hands had no business in a lab, my head felt right at home in science’s labyrinthine corridors.

With the benefit of hindsight, I also understand how music served as the perfect bridge between doing and writing about science. Its architecture echoed the precision of science and its artistry gave me a taste for the creative life. Science writing allows me to draw on both the rigour of science and the creative liberties of composition, while sparing me the indignity of standing in a puddle of benzene on a laboratory floor. It’s what my brain was craving the whole time—which probably explains why, after zigzagging through my twenties and most of my thirties, I’ve stuck with it for twenty-seven years and have no plans to slow down.

My two children seem to be taking after me. After graduating from university, my daughter in mental health studies and my son in cognitive science, they’ve been doing a bit of everything: singing and playing piano in local dive bars, copy-editing medical documents, tutoring math to high-school students, planting trees in Northern Ontario… As far as I’m concerned, they can take all the time in the world to figure it out. They’ll connect the dots in their own time and in their own way, just as I did. My mother died before my children arrived and before my writing career materialized, but I like to think she would have worried less about them than she worried about me. The worry did nothing except cast shadows on our time together.

What my own meanderings have taught me is that there’s nothing wrong with finishing last, as long as we ultimately finish something. Arriving first at the finish line means nothing if we’re in the wrong race. If we listen to our inner promptings, but also recognize when we’ve hit a wall and need to change course, we eventually figure things out.