Magical realism, another name for writing about science? 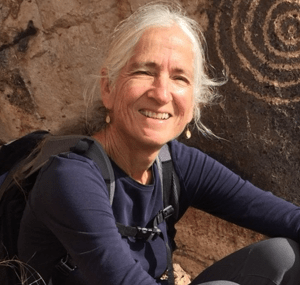 Sharman is a science writer who finds the real world to be so extraordinary, so amazing, that she often feels she is writing a form of magical realism.

As a longtime writer, I talk about how science writing is a form of magical realism, with examples from my own experiences as a reader and my own work as a writer. Wonder is at the heart of science and science writing. Nothing about this world is ordinary. Magical realism began as a literary genre that allowed authors to write about political oppression while still celebrating life and resilience. Similarly, in my writing about the science behind social and environmental issues, I find myself celebrating the world even though that world includes human grief and pain.

I was eight years old when I wrote my first short story about a pencil who went to a dance. That must have seemed obvious to me in the fourth grade. Pencils liked to dance. I was a child steeped in literature about fairies and trolls, as well as English nannies who could fly and cupboard doors that opened into strange landscapes. Magic was always possible, around the corner, under the bed. Waiting for you.

Later, as an adult, I read the works of magical realism, particularly novels by Latin-American authors like Gabriel García Márquez and Isabel Allende who wove elements of fantasy into stories about political violence. As a genre in literature, magical realism spoke to me and to many others—a way to talk about oppression while, simultaneously, celebrating resilience.

At first, as a young writer, I also wrote short stories that could be called magical realism. In the end, though, and for the last thirty years, I mostly write about nature and science, with published books on such things as flowers, butterflies, and archeology. I write about tiger beetles. I write about mountain lions. I write about global warming. Sometimes I write about hunger and malnutrition. I write about whatever interests me, and that turns out to be a broad range of subjects in the real world.

The real world still seems magical. Wonder is at the heart of science, and writing about science often seems a form of writing magical realism. The potential in a seed. The moon tugging at the ocean. Quantum mechanics. A billion microbes in your mouth. A billion galaxies in the universe. Everywhere we look—there’s nothing that’s ordinary.

In a recent book on childhood malnutrition (1), for example, I talk about the role of iron in the human body. I begin with the fact that iron is the most abundant metal on Earth, born in the nuclear fusion of stars. The center of our planet is a solid ball of iron surrounded by another ball of liquid iron flowing back and forth. This massive eerie movement creates the electrical currents that generate our magnetic field, which extends into space protecting us from solar radiation that would otherwise strip us dry. Iron is our heart. Iron is our shield.

Now, quickly, look at your hand, where iron is circulating in your blood. Four atoms of iron form the molecule hemoglobin, the protein in a red blood cell that stores and transports oxygen. Our cells use oxygen to burn the fuel glucose to produce the energy that does the cell’s work. As blood passes through an oxygen-rich environment like the lungs, the four iron atoms in hemoglobin bind to four oxygen atoms. Later, in oxygen-poor environments—a muscle working hard, a hand gripping a pencil, a brow furrowed in thought—the iron atoms release their oxygen. Oxygen and glucose turn into thought. Into story.

Transformation! Wow, I think. Every time.


The subject of childhood malnutrition is, of course, incredibly sad. Some two billion people in the world are iron deficient. Iron is particularly important for neurological development. Infants and young children without enough iron are more likely to have cognitive and emotional problems, reduced attention span, reduced ability to grasp concepts, greater irritability, greater inhibition, and delays in language and motor skills. In these complex ways, iron is who we are and who we become. The more we understand about iron, the more we understand ourselves. For me, this kind of science writing echoes the original force of magical realism—a way to celebrate life and resilience in the midst of human grief and pain.

I teach creative writing for a living, and I tell my students who write nonfiction to use their full poetic voice, even when writing science, especially when writing science! I tell them not to be afraid of figurative language—metaphor, simile, hyperbole, personification—which by its nature reveals connection and complexity. I tell them to feel free, if that is part of their poetic voice, to be joyful, sorrowful, fanciful, playful. All human emotions are part of the truth of science. I know that almost always, as science writers, they will feel the emotion of wonder. They will be amazed at the world they are writing about. They will search for language to convey this feeling.

Of course, science writers also have to be accurate. Actually, that’s our first priority. If I like to think of science writing as a form of magical realism, the “realism” part often involves clunky polysyllabic words and difficult concepts. Although science writers should avoid jargon and technical terms, that’s not always possible. It’s hard to be lyrical when you must repeatedly use a word like acetylcholine or hemoglobin. Many times, too, a scientific idea requires a background explanation which requires its own background explanation which requires its own…and then, suddenly, you’re down the rabbit hole peering up at a little patch of blue sky.

But rabbit holes are always a danger in writing. Writing is its own form of magic, and as any wizard or character in a children’s book will tell you, magic isn’t necessarily easy.

When I was eight years old, I wrote a story that began, “Once there was a pencil who went to a dance.” I can’t remember what happened next. Did the pencil meet another pencil at the dance? Were there pens involved and paperclips? I only know that I never looked back. I let the magic of writing, and then science, infuse my life. There has been grief and pain, too, but that’s part of every story.