From London to Moscow: a journey through times 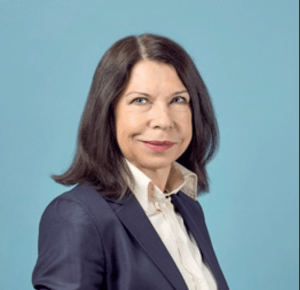 The war in Ukraine isolated the Russian people from the West and initiated invisible humanitarian losses. European soft power seems to have evaporated and the culture of ‘Iron Curtain’ became the new norm. This article describes the experience of travel in the conditions of bans and restrictions and argues that they are counterproductive—only cultural connections can give hope that we can rise above the present division and make a better future together.

The war in Ukraine has changed many things. Almost unreported is the isolation of the Russian people from the West, almost as they had been during the Soviet times, and initiated invisible humanitarian losses. The loss of travel freedom came after a flight and train ban was introduced, and the EU countries blocked transit and severely restricted issuance of Schengen visas to Russian citizens, which separated families and halted social and cultural interactions. Rather than hurting Putin, the hard end of the punitive stick often hit the elderly, who have been unable to see relatives, and young people, who have been cut off from Europe, while benefitting the airlines that still fly. It appears that soft power, for which Europe was famous for, has evaporated too quickly, and the ‘Iron Curtain’ culture has become the ‘new norm.’

My story is about how ordinary people cope with travel barriers between Russia and the West.


I landed in Helsinki in September hoping that my transfer across the Finnish-Russian border to St. Peterburg would turn up. It did, and after haggling over occupation of the front seat (I won), our rundown and overpacked Ford Fusion started its journey east. The usual way of travelling from Helsinki to St. Petersburg used to be by train, which took three hours to reach the destination. However, in March the Finnish authorities terminated operations of the train and decommissioned its carriages, so the service would not be able to re-start. A journey by road is the only option. Most transfers are informal, arranged through Telegram, as only three coaches run per day, with seats booked well in advance. Demand by far exceeds supply—Helsinki airport is full of Russians. The safety of private schemes is dubious, with many cons going on where people pre-pay for cars that never show up. The practice is especially unsettling for solo women-travellers.

With flights via Istanbul and Belgrade costing over £2500 in high season—and forget about the Emirates—most Russian expats in the West resort to overland routes to travel to and from Russia. Which one is better is a popular debate among Russians. Some are quite ingenious: buying a railway ticket from Moscow to Kaliningrad, which is a Russian enclave in the Baltics, and getting off the train in Vilnius, Lithuania’s capital, which lies in between, with then a budget flight to take you home. However, nobody knows whether Lithuanian authorities still let dual nationals off the train, after they introduced a ban on the Russians with Schengen visas.

Many journeys are family reunions: my fellow travellers are a couple from Siberia visiting their daughter in Finland. The woman is knitting non-stop to calm down her nerves in anticipation of the border crossing back to Russia. Other travellers are a young couple—a Swiss boyfriend being taken to meet his Russian girlfriend’s granny. For me, care for my elderly mother back in Russia is a preoccupation, and so I go.

Cars with Russian number plates take the low priority lane at the Finnish side of the border, while coaches and the EU-registered vehicles drive along. It is not that checks are extensive, but there are only two immigration officers on the shift. Seasoned travellers told me that border police used to be numerous, and queues barely formed, but it took us 2.15 hours in a line of twenty cars to reach the barrier. Everybody in the line agrees that border staff shortage is a political rather than a capacity constraint, but there is no way of knowing. Our driver warns us that we must pretend being friends who pulled in for petrol rather than using a shared taxi. She introduces herself as a lecturer in economics with Finnish routes that allow her to go back and forth. Interestingly, duty free is available only on the way out of Russia, but not into it.

If the Finnish crossing is long and dull, the Russian side is fast, but eventful. They do have people there who are scattered in different locations. Small groups of desperate travellers rush back and forth between booths opening and closing. All cars are ‘randomly’ searched. Even a spare wheel was examined. I was astonished at our Ford’s capacity when its boot was emptied out. The elderly couple turned out to be carrying four kilograms of Finnish cheese—Russian cheese is obviously still rubbish. The customs inspector who deposed the seat I occupied extracted a newspaper-wrapped object from a compartment, on top of which I’ve sat for the last five hours.

The driver confessed: ‘This is jam.’

A five-litre jar of homemade jam emerged out. The driver explained that Finland cannot collect its strawberry harvest this year because guest workers did not come due to the ‘situation.’ Anybody with a bucket could pick berries for a pittance.

I observe a cool biker travelling into Russia keen to explore its vastness. His powerful machine attracted the admiration of everybody nearby, including the inspectors who were going easy on the guy’s bags. Meanwhile, a commotion developed ahead of us caused by a man with a dog, whose carry case the inspectors tried to unsuccessfully dismantle. The dog needed a poo right that very moment, which could not be done in front of official premises, and was taken away. Nobody could move as the dog’s car blocked the exit, causing heartbreak to those departing out of St. Pete’s the same night.

Finally, we were in Russia, but confronted by roadworks stretching for 65 km. Construction of a high-speed highway from St. Pete’s to Scandinavia started at better times and was a good idea, but now is virtually pointless. The driver shows us a petrol station of note: during summer, travellers could import 10 litres of petrol into Finland, but practice was suddenly banned. Those with canisters were turned back to donate petrol at this station for a free coffee in return.

With only eight hours on the road, I was still lucky to reach St. Peterburg so quickly and could still take an overnight train to Moscow. My friend’s journey took 9.5 hours: she arrived at the railway station at 2.20am when the last train to Moscow was gone. Such unfortunates resort to sleeping at the station amidst its homeless regulars. Many travellers carry foods inaccessible in Russia due to sanctions, and smell of roquefort and chorizo reigns in the air together with stale sweat, carried to the first morning train packed by executives in polished shoes.

The next day, I sleep late and, when I come down in the morning, mother looks upset. It is the day of the Queen’s funeral, and, the Queen being her contemporary and the most remarkable human being who ever lived, she is keen to pay her last respects. Mother spent the morning flicking through TV channels trying to find the broadcast, but it was not there. I went to her desktop to look on YouTube, with the same results, and only managed to access the broadcast through VPN on my laptop. Mother, having spent five hours glued to the screen, commented in the end with great sadness: ‘In the past, the whole world watched Charles and Diana’s wedding, apart from us, the Soviet people. We’ve gone the full circle to come back to the same—we are the only people in the world unable to say farewell to the Queen.’ For me, she reflected the sentiment of many. And spoke to a larger, vital truth: we have lost the cultural connection that could be helping all of us to rise above this crisis.

Back home in London, a Russian friend questioned why I needed to put myself through such journey. ‘You could have waited until it gets better.’ I replied that I don’t think my mother would last that long. If things stay as they are, the old generation will pass away as isolated from the West as they were in their youth. The young will grow up apprehensive of Europe. And we, living in the West, need to be prepared to cough up our savings for Turkish Airlines in case of emergencies.

Acknowledging that ‘Russians are people too’ is an unpopular subject, and a charge of being a ‘Putin supporter’ can easily follow. However, in an era of economic sanctions, our cultural connections can give us hope that we can rise above the present crisis—together. Being apart leaves us with no hope that the future will be better than the present.

One thought on “From London to Moscow: a journey through times”