Why the stock market will help to combat climate change 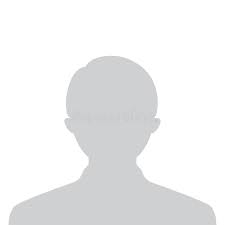 Bob is a writer at Bunker Basics, a website that analyzes financial, environmental, technological, and geopolitical threats that are surfacing. With a background in IT and finance, he shares his informed perspective with his readers. Bob is a pseudonym (he would like to stay anonymous, not to compromise his employment at an IT consulting firm working within the Financial Services space).

This article is more than 1 year old

There is evidence that businesses profiting from the extraction of fossil fuels are facing market headwinds. Recently, Norway stated its sovereign wealth fund will begin to diversify its holdings away from oil stocks. The new “carbon risk” may lead to stock price declines of companies in the oil & gas sector. If stock prices suffer as a result of carbon risk, the market will effectively help in combating climate change.

The effects of climate change are becoming increasingly evident. Disastrous weather events occur with greater frequency, air quality continues to decline, and plant and animal species are dying off at alarming rates. While these developments may seem undeniable, they are nevertheless denied by those invested in the status quo. Senator James Inhofe famously addressed members of the Senate with a snowball in his hand as evidence that the globe isn’t warming. For example, businesses that emit high levels of carbon into the atmosphere remain profitable. They are so profitable, in fact, that they can pay legions of political lobbyists to influence environmental regulations. An analysis published in the journal Climatic Change found that fossil fuel interests outspent environmental advocates 10:1 (1). There is evidence, though, that businesses profiting from the extraction of fossil fuels are beginning to see the rising tides turn against them. These anti-fossil fuel sentiments will ultimately manifest in declining stock prices.

The costs of the status quo

A study commissioned by California State Senator Ricardo Lara found that the effects of climate change will cause thousands of premature deaths by 2050 (2). Poor air quality will cause more people to suffer from respiratory diseases, and the number of disease carrying mosquitos and ticks will also increase (2). California has been in the headlines a lot due to its problems stemming from climate change. Last year, California had the largest number of wildfires on record, which caused billions of dollars in damages and nearly 100 deaths.

In January 2019, California’s largest utility, PG&E, filed for Chapter 11 bankruptcy protection. The legacy energy provider failed to properly contend with climate change risks. Investigators found PG&E’s power lines and hardware to blame for over 1,500 fires. The hot, dry conditions in California proved conducive to the spread of wildfires. PG&E now faces billions of dollars in liabilities due to the wildfires that ravaged the state. The bankruptcy announcement caused PG&E’s stock price to lose half its value. The stock market’s response to PG&E’s poor management of climate change risk serves as a lesson for companies that are ill equipped to deal with the effects of climate change. The PG&E example underscores how the stock market reacts to problems resulting from climate change.
As highlighted in the next paragraph, we are beginning to see stock price corrections due to carbon risk exposure, which merely anticipates future problems.

Recently, Norway stated that its sovereign wealth fund will begin to diversify its holdings to moveaway from oil stocks. The country’s trillion dollar fund, Government Pension Fund, was largely built on oil and gas revenues. However, the country will begin transitioning some of its holdings into stocks issued by solar and wind companies. The Government Pension Fund’s reduction of exposure to companies in the oil industry is indicative of the broader headwinds the industry faces. As an example, China’s history as the world’s manufacturing hub has burdened it with poor air quality. A shift towards cleaner energy is needed to improve the health of its population and position itself as an innovator on the world stage. China is therefore emerging as a leader in the field of renewable energy.

A 2018 study conducted by the University of Waterloo found that carbon emissions will start to dictate stock prices (3). The global acknowledgement of climate change risk may result in stricter environmental regulations. This can prevent oil reserves from being exploited. The “carbon risk” has shown carbon-intensive sectors to underperform market indices in Europe and North America at the time climate protocols were being ratified. The authors of the study concluded the following:

“It is in the best interest of companies in the financial, insurance, and pension industries to price this carbon risk correctly in their asset allocations […] Companies have to take climate change into consideration to build an optimal and sustainable portfolio in the long run under the climate change risk.” –
Tony Wirjanto, professor of Accounting & Finance at Waterloo (3).

If stock prices suffer as a result of carbon risk, we will see investments in the fossil fuel industry decline. The number of climate change deniers will reduce when such denials are no longer as profitable. If financial incentives disappear, so too will the political lobbyists. We can then expect the world to move away from fossil fuels, thereby helping to combat climate change.