A real phase 2 in Italy, please. 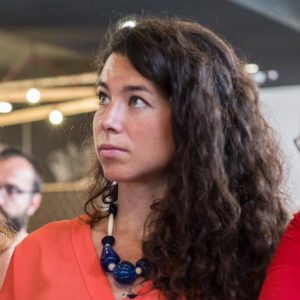 Giulia is a digital policy expert working for a multinational tech company. She has a double life as an unashamedly liberal and pro-European politician. She obtained a PhD and a Master's degree in Political Science and a BA in Philosophy and Modern Languages – and she misses teaching at uni. She likes most sports, especially those involving danger, adrenaline and fatigue.

This article is more than 6 months old. To follow the evolving COVID-19 situation in Italy, please visit: http://www.governo.it/

As Italy starts reopening again, many wonder whether the country is living through a real phase 2. Such a phase, ideally, would be handled competently by both national and regional governments, would be driven by a clear strategy of economic recovery, would be sustained by a solid public health plan and appropriate technology, and finally would be communicated clearly. None of this seems to be the case in Italy. Italians are left wondering whether this is the real phase 2, or just a rough first draft.

As countries around Europe are slowly moving into phase 2, it might come as a surprise that Italy, one of the first countries to enter phase 1, is going to be amongst the last to join in the easing of lockdown. This delay cannot be ascribed solely to the violence with which Covid-19 has swept my country. I will argue that, while the impact in phase 1 was probably inevitable, the delay and lack of organization and clarity of phase 2 could have been prevented. Such mishandling of phase 2 is the result of a series of self-inflicted problems: unclear government communication strategy, misunderstanding of the role of experts, lack of coordination between regional governors and national government, and an excessive hype around technological solutions. I will conclude by highlighting that a real phase 2 would mean an economic plan and a long term vision for a country that has barely kept afloat in the past decade, but that needs courage, ideas and a strong capacity for execution to recover from this shock.

Unclear communication strategy: too much empathy, too little planning

These are uncertain times for everyone, and Italy is no different. Therefore it is understandable that some confusion might creep into government communications. We have seen similar confusion in other countries, where politicians are in a reactive mode because of a constant influx of new information. However, communication in Italy should have been planned on two axes: reassurance, and action. For the former, there should have been a clear message of support for all affected categories and a sympathetic attitude vis-à-vis the sufferings of Italians. This has been achieved rather well, with the Prime Minister moving (controversially) from State TV to Facebook to deliver his messages. For the “action” part of the communication strategy, however, the government is proving less efficient. Leaks about the lockdown starting date for phase 1, false communication regarding IT hiccups on the State pensions website described as the results of hacking, the absence of explanation and unclear FAQ for phase 2 leading cartoonists to give vent to their creativity and lawyers to test theirs in interpreting the provisions – examples are plentiful. As an Italian, I like to be reassured that I will be cared for, but I also want to know what is being done to ensure the next phases are carefully managed. That planning is not currently being communicated properly – assuming that there is such a plan.

Misunderstanding the role of experts as decision makers

Having done a PhD on Technocratic governments, I know all too well that experts in power are always questionable, and that issues of legitimacy and representation are lurking behind every corner of experts-rule. It is therefore particularly surprising that in a situation where trust and a strong relationship between elected officials and citizens is most needed, the government has on the contrary been playing blame games with the experts. Experts – scientists in particular, but also economists, psychologists and so on – are meant to provide evidence for policy makers to base their decisions on. It seems, on the contrary, that in this crisis policy makers leave decision making to experts. This dodging of responsibility has the positive consequence of channeling citizens’ frustration onto experts rather than politicians, but it does not reflect the actual power balance. Moreover, the Italian government has set up umpteen task forces for each aspect of phase 2, many of which have unclear outputs and an unbalanced composition. Notably, an advocacy campaign has been launched to ensure more female representation in these groupings. Regardless of their composition, it remains to be seen whether they will be useful or just part of the blame game. So far, results have been scarce.

Italy has a governance system that oscillates between more and less federalism, depending on who is in power centrally and within the regions and how they interpret the constitutional prerogatives. Crucially, healthcare is a regional competence, and Italy has a variety of healthcare models across its regions that reflect different managerial and political histories. This has proven a challenge in a time of crisis, where the lack of a clear decision-making hierarchy has seen regions taking completely different actions, both in phase 1 and now in phase 2. Trentino and Calabria, two very different regions, have both been at loggerheads with the central government over reopening, for instance. Public skirmishes between vocal regional governors and national government representatives are now the norm. They highlight a complex constitutional set up but in fact they are the result of strong personalities and unclear command chains. While I agree that phase 2 needs a differentiated approach by region because of the different circumstances, the creases of such differentiation should be carefully ironed out when communicating to Italians. Citizens should perceive their regional governors to be collaborating with the central government in the interest of the country and vice versa. Failing to do so leads to an antagonistic attitude that pits one region against another, creates rivalries and de-legitimizes the government’s action.

It is all about technology – or maybe not?

In Italy technology is hardly ever a sexy topic, which is understandable given that every government has promised to bring innovation and digital transformation, but the digital divide is still a harsh reality and connectivity infrastructures are still lagging behind in many areas of the country. So it is not unexpected that after the hype of the selection process for the Bluetooth-based contact tracing app and the official decree legislating its use, not much has been done. Some experts think a voluntary app will be useless because it will not reach the minimum uptake percentage to make it work, while others argue that the technology is not precise enough and will give rise to many false positives. Privacy activists maintain pressure to improve privacy-preserving guarantees and transparency, while laymen mostly argue that this app cannot be worse than Facebook – so let’s not make such a fuss. In fact, none of these are the reasons why roll out has been postponed. What is sorely missing is the complementary actions needed to ensure contact tracing apps are useful for the detection/management of those infected by Coronavirus: tests, instructions regarding quarantine, safety and security measures for companies and factories, etc. Bottom line: roll out will happen only when the government will have a clear strategy as to how to use such a contact tracing app. Maybe it would have been better to reverse the thinking: first determine what is needed, and then consider the technology required.

What could a real phase 2 have looked like? It’s the economy, stupid…

Having acknowledged that in many ways the Italian prime minister Giuseppe Conte has mishandled various aspects of a transition between phase 1 and 2, what is most worrying is that from an economic point of view he does not seem to have a plan either. Instead of relieving companies of some of their taxes on profit, or incentivizing investments through tax rebates, the decision has been to try to transfer money directly. This will have a distortive effect in the long term. What is worst is that these subsidies and loans have struggled to get to companies and people due to excessive bureaucratic hurdles. Overall the country lacks a clear reopening strategy that would allow the economy to restart. A different approach by regions would have been one way to allow the least affected to start again while giving the most affected more time to control the contagion. Clear instructions regarding safety measures to be applied in the workplace would have allowed business owners to prepare for reopening, but those are lacking. This would have had to be complemented by a better handling of the supplies of personal protective equipment: conscious of its importance, rather than encouraging more face masks, the government has decided to set an upper price limit. This has caused a shortage of supply and created the worrying situation of a mandatory legislation – wearing masks is obligatory in many cases – that people cannot comply with. Finally, it seems that different economic sectors are being reopened without a clear logic or criteria behind it: no risk assessment, no overall rationale. This is not only detrimental for the economy, but creates resentment across different categories of people. Why are churches reopening and cinemas not – just to mention one incomprehensible choice?

Conclusion: Italy should focus on the future, not lose itself in sterile battles for the limelight

With hindsight, it is easy to criticize how the government acted when it was first confronted with Covid-19, but this is not what I have tried to do in this article.

My contention is that the government could have learnt from its mistakes in phase 1 and dealt with the progressive reopening of business activities and easing of lockdown in a different way. As an Italian, I am worried that the government seems to be one step behind the virus at all times, instead of being in the process of planning for recovery post-recession and anticipating future issues. It does not seem to look at other countries to learn and share best practices, but only to criticize them with the arrogance of the top of the class.

I wish the Italian government would take the opportunity to reconsider the way Italy should evolve in the future, making the most of this crisis which has forcefully underlined the country’s well known shortcomings: bureaucracy, the black market, overcrowded prisons, unsustainable finances, sluggish growth, and low innovation. It takes courage and vision to be looking far ahead when many Italians are still mourning recent losses. But this is what the country needs, and it needs it now.