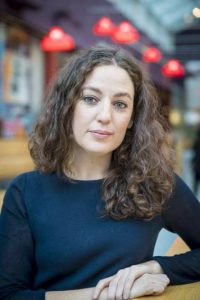 Nathalie is a freelance journalist based in Stockholm, Sweden.

This article is more than 3 months old, and discusses time-sensitive issues related to the COVID-19 pandemic

During the COVID-19 pandemic, Sweden stands out for having avoided a lockdown, relying instead on relatively mild measures and on issuing recommendations that citizens are expected to follow, but they are not under any threat of legal sanctions if they fail to do so. So how come Sweden has chosen this route, while other countries have imposed strict quarantines and major shutdowns of schools, commerce and working life? And are all Swedes onboard with the official strategy?

At least part of the answer to why Sweden has chosen to avoid a lockdown approach during the COVID-19 pandemic lies in the Scandinavian nation’s history and form of governance. On the one hand, there is a long tradition, rooted in the country’s constitution, of setting up politically independent public agencies that formulate solutions that the government is widely expected to follow and to base their policies on. On the other hand, Sweden like other Nordic nations, is also known as a high-trust society, meaning there is a high degree of mutual trust between agencies and citizens as well as a high degree of interpersonal trust.

During the current crisis, this means the Swedish government is leaning heavily on the expertise of the Public Health Agency (PHA), which now holds a daily press briefing about the situation together with other public bodies, mainly the Civil Contingencies Agency and the National Board of Health and Welfare. It also means the measures taken mostly rely on voluntarism, on trusting that institutions, businesses and individuals use sound judgement and take responsibility to follow the recommendations issued by the PHA.

In the current debate, this approach splits supporters and detractors, with those in favour tending to appreciate the safeguarding of personal choice and that large parts of society are kept up and running. Those against tend to view the approach as naïve and irresponsible as well as cavalier about scientific studies that have underpinned other countries’ decisions to impose tougher measures than Sweden.


So what are the recommendations issued by the PHA? Well, Swedes have been told to stay at home at the slightest sign of a cold, to keep an arm’s-length distance to other people, to wash their hands regularly, to travel only if necessary, and to avoid meeting elderly people. Those aged 70 and older should self-isolate but should also go outside for fresh air and exercise.

In addition, a set of new, formal restrictions have been put in place. Borders have been partially closed, there is a ban on public gatherings of 50 people or more, as well as a ban on visiting nursing homes. Upper secondary schools and universities have had to move their teaching online, and restaurants, cafes and bars are now only allowed to offer table service or takeaway orders.

Owners are also obliged to ensure that customers adhere to social distancing guidelines and when Sweden experienced a few days of warm weather in April, many flocked to restaurants, particularly to outdoor seating areas. As a result, authorities conducted random inspections and shut down a number of establishments, including five restaurants in Stockholm. This move was also a manifestation of Sweden’s distinctive response to the pandemic: instead of introducing a blanket ban on restaurants, authorities decided to issue formal warnings as well as to target a handful of places that were particularly flagrant. In that way, authorities arguably created an incentive for other establishments to increase efforts to impose social distancing among customers so as to avoid being next in line for a clamp-down.

The Swedish approach has stunned the rest of the world, but what do Swedes themselves think? A major polling company called Kantar Sifo publishes a weekly survey about trust, behaviour and attitudes among Swedes during the pandemic. The latest poll, covering the period April 23 – 29, shows that 80% of Swedes support the government’s handling of the crisis and that approval ratings for the PHA and other agencies that are in the media spotlight remain high and stable. At the same time, half of the population also worries about the consequences that the crisis will have for themselves and their families, primarily when it comes to their personal finances.

As for the Swedish government, it explains on its website that the overall objective of Sweden’s approach “is to reduce the pace of the COVID-19 virus’s spread: to ‘flatten the curve’ so that large numbers of people do not become ill at the same time.” The government also stresses that “it is important to implement the right measure at the right time, to achieve the best possible impact”. To that end, neither the government nor the PHA have ruled out imposing stricter measures in future if necessary, but the aim is not just to save lives but also to safeguard people’s health and jobs. “The measures taken by the government and government agencies to reduce the pace of the virus’s spread need to be weighed against their effects on society and public health in general,” the statement reads. “The measures taken are reviewed constantly as the situation develops.”

At the same time, the primary objective from the outset was to protect the elderly and other risk groups and both the PHA and the government have acknowledged that Sweden has failed to do so. Fatalities in care homes count for a third of Sweden’s deaths from the coronavirus. In the Stockholm region, which is the hardest hit area, that figure increases to 50%. As the infection and death rates climb, care workers and union representatives have shared stories in the media of poor routines, a lack of protective equipment and bad communication from management teams.

There is also a great deal of dissent in the scientific community. In late March, when fewer than 20 people were confirmed to have died from COVID-19 in Sweden, 200 researchers wrote an open letter to the government demanding that it extend testing beyond hospital patients and medical staff and that it take tougher measures to impose social distancing, for instance by closing down schools and nightlife. Their demands fell on deaf ears, as did those of other researchers who have submitted op-eds to Swedish newspapers and debated the crisis in social media and mainstream media outlets over the past couple of months.

The op-ed that has made the biggest splash, both in Swedish and international media, was published on April 14 and signed by 22 researchers who stated that Sweden’s approach to stemming the spread of the coronavirus has involved two fatal mistakes. On the one hand, the 22 argued, in overlooking the asymptomatic spread of the virus and in failing at the start of the outbreak to provide protective equipment to care workers (who have been encouraged to go to work as long as they do not have any symptoms of a cold or flu), Sweden has failed to protect elderly people. Second, the 22 argued that Sweden should have “pushed the problem forward as far as possible” and “done everything possible to flatten the curve” while drugs and treatment methods as well as a vaccine are developed, and demanded that politicians step in to impose stricter measures instead of “hiding behind civil servants”.

Beyond the obvious strain on the elderly and national health care systems and the rising rates of infection and deaths – with all the personal tragedies that lie behind those abstract numbers – the pandemic is also heavily impacting families’ finances and the national economy. The International Monetary Fund (IMF) predicts that the Swedish economy will shrink by 6.8%. For comparison, the 2009 financial crisis caused a 5.2% fall. Unemployment is also soaring and every week brings news of restaurants, clothing chains and other businesses filing for bankruptcy.

With or without quarantine measures, this pandemic looks set to impact Sweden for a long time ahead and, for now, rather than imposing a lockdown, authorities are, it seems, choosing to appeal to Swedes’ sense of solidarity and responsibility. Whether that choice is foolish or wise – well, that is another matter that will surely not be settled for years to come.