Is any disaster a surprise? 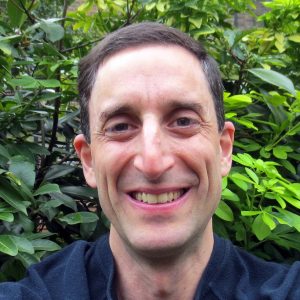 Ilan is Professor of Disasters and Health at University College London, England and Professor II at the University of Agder, Kristiansand, Norway. His overall research interest is linking disasters and health, including the integration of climate change into disaster research and health research. He can be found via Twitter/Instagram @ILANKELMAN

Disasters are not natural. Their causes are our decisions on the management of risk from environmental phenomena, often forcing others to live in places and in ways which make them vulnerable. As in all “Disaster by Choice”, people select the rare phenomena or long-term risks they wish to deal with. Few possibilities for disaster have been unanticipated, yet decisions are made not to consider many which could occur. We can avoid disaster-related surprises by giving people opportunities to address all risks.

Should we prepare for something which happens only once each millennium or once every hundred millennia? If we could, would we want to? Such questions are interrogated by those who study disasters.

It starts with the baseline ethos from decades of disaster research that disasters are not natural. Disasters occur through a combination of:

Vulnerabilities are long-term political processes generated by society. Examples are lack of building codes or poor enforcement of them; poverty precluding insurance, savings, and enough to eat; discrimination and structural violence preventing education and livelihoods; and underemployment forcing people to live or work in unsafe locations.

Earthquakes in 2010 illustrate this. In February, an earthquake hit Chile that was more than sixty times as powerful as the tremor that had shaken Haiti in January, but the deaths in Haiti were over two hundred times greater than those in Chile. A myriad of vulnerability-related reasons explains how a much less powerful quake in Haiti could lead to so much more human suffering: more people living in the area, infrastructure in much worse condition including with much less seismic resistance, and a country kept poor and underdeveloped through exploitation by colonialist powers and support for corrupt and inept Haitian leaders.

No matter which hazard hit Haiti and Chile, the former would suffer far more than the latter due to vulnerability which is created and perpetuated by human choices, no matter what nature does. The challenge is how to overcome centuries of problems in Haiti while also noting that Chile, like everywhere else, also requires plenty more work to reduce vulnerabilities.

Disaster science carries a basic implication that addressing disaster-related challenges means bringing the topic to people’s everyday lives. Too many struggle day-to-day to put food on the table or to reach school without being robbed, while also being legitimately concerned about the horrendous toll from ever-present troubles such as traffic crashes and air pollution. Even preparing annually for hurricane season or icy winter roads is understandably of low priority, never mind thinking about a perhaps once-in-a-lifetime situation of an eruption of the volcano from which your farm reaps the rewards of rich soil.

Why care about long-term hazard modifiers such as climate change, or ridiculously rare hazards such as flood basalts which can release lava to heights above the roofs of most buildings along ruptures dozens of kilometres long? It is much easier not to worry, and to focus instead on immediate difficulties. In the unlikely circumstance of something unusual manifesting, just treat it as a surprise. Surely we could not have known, because these are the so-called “black swan” events which, allegedly, no one could have considered and they produce a huge impact, after which charlatans use hindsight to claim that they knew and it should have been prevented.


Except that almost all disasters are caused by vulnerabilities. We know the vulnerabilities are there, as expressed through poverty, marginalisation, oppression, poor governance, inequities, and injustices. No matter what the hazard, the fundamental vulnerabilities remain the same, are easily observable, and could be tackled over the long-term if we choose to do so.

Even if countries need to be evacuated due to a basalt flood or because climate change-related heatwaves or sea-level rise makes swathes of land uninhabitable, we could choose to help the migrants settle elsewhere. We cannot avoid enormous upheaval and many would be devastated at being forced to abandon their homes. The situation is made far worse when we choose not to think of and plan for the potential for such disasters and then choose not to help people in need.

Nevertheless, “almost all disasters” is different from “all disasters”. Hazards exist which threaten the entire planet, leaving nowhere to hide. Large basalt floods and meteorite strikes have been implicated in previous mass extinctions. A nearby star exploding or releasing a radiation burst could pose similar threats. A gigantic solar flare knocking out electronics and electricity, the Earth’s magnetic field flipping, or an ice age induced by our planet’s orbital cycles would lead to global disruption and a forced transformation in how we live. They are impossible to imagine and would shock humanity!

But I and many others are writing about them and working on operational responses. We know they have occurred in the past and are certain to occur in the future. We might choose not to consider them for readiness and we might have logical reasons for this choice. It is still our choice and we have no excuse for calling them ‘black swans’.

Within these scenarios, a pandemic is fairly mild. In any case, a pandemic leading to lockdown-related decisions is not new. History is rife with previous examples, from ships quarantined during the plague to partial shutdowns of cities due to the coronavirus of 2002-2004 which produced SARS (Severe Acute Respiratory Syndrome). We compare the current pandemic of Covid-19 with Spanish Flu a century ago. The UK among other countries listed pandemics as high risk, had run exercises on a pandemic response recently, and has many academics and practitioners who had long researched and written about pandemic preparedness. We know about pandemics. That much of this knowledge was not used until it was too late is a choice, leaving no reason to consider a pandemic as a surprise or black swan.

Yet we should never become complacent or overconfident. We are a long way from understanding everything about nature which, at any time, could produce a phenomenon without precedent – or without a precedent we have identified. Thus emerges the core reason for focusing on vulnerabilities. We can see them now, we know they exist now, we know why they exist now, and we know how to tackle them now. Even if a hazard is a surprise, the disaster should not be.

Much of the time, though, we decide not to admit or address vulnerabilities. Then, we claim to be flummoxed about why people from lower socio-economic classes are disproportionately dying of Covid-19 in the UK and the US. Those countries elect governments consistently underfunding health systems – as shown by numbers from the UK (1) and the US (2) – and then wonder why so many healthcare workers die because they lack basic protective gear. Investment in science serving all of society, especially for people helping themselves, is eroded for more than a generation and then we are disappointed that pandemic behavioural models lack pinpoint precision while we debate the simple act of wearing a mask or not.

For disasters, even for those which have not happened since the end of the last ice age birthed the dawn of modern humanity, we know so much about what we should be doing and how to fill in most research, policy, and action gaps. While “so much” and “most” are not “all”, focusing on vulnerabilities would help to avoid disasters even when hazards astonish us.

My colleague David Alexander, who has studied disasters for over forty years, says that “black swans are red herrings” (also noted by Stephen Shaw in a 2014 conference). Fundamentally, it is our choice to either be surprised or to avoid surprise. After all, when we hear hooves, we immediately think of zebras, forgetting that horses also exist.