Repression, Borders and God – another way of looking at the left/right divide over COVID-19 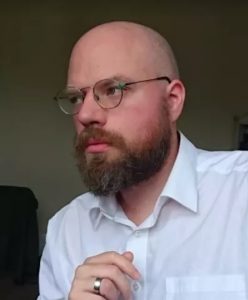 Daniel was born in a commune, then grew up in a majority Muslim area in northern England. He was in the anarchist political underground for a long time, during which certain conservative feelings and ideas grew within him in opposition to his surroundings. Emerging into the controversial political and cultural world of the last few years, he is attempting to provide empathic cultural and political analysis. He has an MSc in Political Communication. Twitter @herewardwakeful

The latest manifestation of the left-right divide in the West is, unsurprisingly, over COVID-19. But the nature of this division – that the right is generally anti-lockdown while the left is pro – is strange. It’s been noted that conservatives usually tend to be more prone to worry over disease and external threat than the left/liberals. Causes of this divide are expanded on below – we wonder about repression, God, and borders, with an eye for empathy and unity.

Here in the UK, media and public panic over COVID-19 preceded the government lockdown. Many had started to take isolating measures before it began, and I saw this happen gradually in the building I used to study. Fewer students turned up, of course, but more saddening was the loss of our cleaners. These women used our building as a meeting place towards the end of their shift, and encountering their gang in the mornings was a nice break from the normal university atmosphere. They would offer us biscuits, and the kettle was always boiled while they were there.

Some of these cleaners were in their 60s at least, so seeing them stop working one by one was unsurprising. What was surprising, however, was the two that were left the last time I went there, a few days before lockdown officially began and the building was locked. This pair was our two oldest cleaners, the two most in danger from the virus, as everybody by that time (around March 16th) knew.

I spoke with one of them about it, and she said, “You shouldn’t worry about trouble until it happens to you”, and that the constant concern of young people amounted to a mental illness. I didn’t see much point in disagreeing with her, as I knew that they would be forced to stop work in a day or two. Also, there was something to what she said. We had also talked about her vote for Brexit, and with both of these conversations I felt like there was some depth or even wisdom behind her defiance of the experts.

I haven’t seen them since, of course, but a trend has emerged during the pandemic which reminded me of them. That is, the voices which are raised most strongly against the lockdowns, the social controls, the interruption to normal life – these voices are generally coming from those aligned with the right (in Britain, there is some correlation with those who were in favour of Brexit). Meanwhile, many on the left strongly called for quarantine measures, continually insisting on their thoroughness and extension.

Understanding this phenomenon won’t stop the virus, and it probably won’t even inform our policies on the matter. But understanding our fellow citizens is essential – unity, whether national or international, might be the only silver lining that this cloud has to offer. More polarisation and mistrust is not what we need while people are so isolated from each other.

Others have already commented on the divided reactions; Ross Douthat of the New York Times notes that early in the crisis (January and early February) the situation was reversed, with prominent commentators of the fringe right, as well as Fox News’ Tucker Carlson, making pertinent early warnings and predictions. At the same time the mainstream ‘Liberal’ U.S. media downplayed the virus, highlighting instead the dangers of xenophobia.

Now, however, Douthat, as one of the New York Times’ ‘token’ conservatives, is embarrassed about the current situation. He associates the mainstream Republican intolerance for the lockdown with partisan loyalty to Trump (who has at times minimised the crisis), locking the rest of the dissenting right away with the conspiracy theorists.

This explanation doesn’t bear any relationship to our two old ladies – moreover, the left/right divide has repeated itself here in the UK, where right-aligned outlets and figures (such as Spiked magazine and Peter Hitchens) are, again, anti-lockdown. This time we cannot attribute this to partisan loyalty – the Conservative government has adopted a strong lockdown policy since the 20th of March.

Morgan Marietta for Psychology Today has another explanation for the division. To the conservative mind, the harm to the economy becomes a counterbalance to the lockdown, in considering costs vs. rewards. To the ‘liberal‘ or left mind, harm to the economy is not associated with as many significant threats, and many lockdown policies bear some resemblance to broader left-wing policy agendas (strong welfare provision, etc).

We can complement Marietta and Douthat’s takes with another explanation, one made clearer by traditional UK politics – that the left tends to be collectively-minded, and the right individualistic. Thus, we would expect the right to resist erosion of personal freedom, and the left to rejoice in everyone doing their bit for society. It may be the case that the U.S. has been universally individualistic for so long that they have forgotten this distinction. While this is an important and neglected interpretation of the problem, this article will concentrate elsewhere.

Marietta’s rational explanation is followed by a more obscure theory. This is that the conservative mind is less worried than the liberal mind about threats from things (while the opposite is true of people), recounting:

“I first noticed this effect when I was a boy growing up in Harrisburg, Pennsylvania during the Three Mile Island nuclear reactor scare. The liberals were the ones who tended to evacuate in the immediate aftermath when things were uncertain, while the conservatives tended to remain and maintain that all would be well.”

Like the conservatives at Three Mile Island, our old ladies were also risking death in the face of expert advice. Isn’t there something deeper here than just being ‘less afraid’ of ‘things’? Isn’t there something powerful and ancient in the belief that one should stand when faced with death, instead of run? And doesn’t their stance indicate something that will not be named here in the West – something that will instead be covered over and disguised as rationality?

Thus, it should be no surprise that as Europe was being afflicted by a much more serious plague in 1527, Luther wrote:

“… some people are of the firm opinion that one need not and should not run away from a deadly plague. Rather, since death is God’s punishment, which he sends upon us for our sins, we must submit to God and with a true and firm faith patiently await our punishment.”

We could lose ourselves in theology here, delving into the book of Job and making various arguments. What is important, however, is the observation that this deeply buried idea undoubtedly is at play, behind at least some of the graphs and arguments that conservatives are making for ending the lockdown. Recognising that this idea is present for that multitude who are, consciously or subconsciously, moved by the religious would allow counterarguments to be made against it. An example is Luther’s ultimate direction in the above letter, which in fact was not to face the plague, but rather that:

“When a strong man travels with a weak man, he must restrain himself so as not to walk at a speed proportionate to his strength lest he set a killing pace for his weak companion. Christ does not want his weak ones to be abandoned…”

As we are all travelling together, the chief and underlying message of Luther is clear: in a vacuum, the drive to bravely face death and God’s will is laudable. But we are not in a vacuum; we are bound to others and should care for those weaker than us, if we can. Unfortunately, as the idea of facing death has been repressed and buried, these arguments are mostly academic. What is more useful here is realising the limited value of the meme outrage, that “conservatives value the economy over people’s lives” – we are dealing with something far deeper and more powerful.

Now, isn’t it the case that COVID-19 reactions from the left are also bound up with repression? The zealousness with which many on the left embraced and enforced lockdown distance rules is a generalisation that has been introduced to us in the above articles. This zealousness can be easily justified by rational argument, but there is also something remarkable about it.

All of the characteristics of the lockdown revolve around barriers between oneself and other people. A mask, social distancing, staying inside, and the walls and doors that allow you to do so; these are all forms of barriers. Is it not meaningful that many of the same people who have been minimising the importance of borders, or who have wanted them restricted and even abolished – now ideologically enforce borders in our daily lives? The significance of the border has been repressed, and psychological theory states that what is repressed must reappear in a disguised form – so these smaller borders are passionately emphasised.

This is not a vague, symbolic parallel – the problem of COVID-19, and disease in general, is a real problem on many levels – the human body, human habitation, socialising, and larger social units up to and including nations and continents. Disease must be tackled and considered on all these levels, if it is to be contained.

The above observation may sound like a criticism, but it ultimately justifies adherence to the lockdown. In fact, the stance that the generalised ‘left’ has taken is an evolution of Luther’s ultimate argument that we should not abandon the weak. However, if repression is at play, perhaps considering these things will encourage some of our friends to be a little less frightened, and a little less extreme in their zealousness. After all, if this experience brings our friends to recognise that borders have at least some purpose, they will insist on their flexibility.

When they do, the political alignments will reverse again, just as they reversed during the early days of the crisis – with the left calling for openness and flexibility, and the right for restriction. This article calls for seeing beyond our surface-level arguments and developing deeper consciousness of our thoughts and feelings. If we do, perhaps next time this political ‘flip’ will allow us to see ourselves in the other, who stands where we might have stood just a few weeks ago. Perhaps in this way, the path to empathy and unity is found in our polarisation – in seeing ourselves reflected in a mirror.

Postscipt: As this is published, this latter reversal is already beginning to happen. The protests and riots in the US and other parts of the western world in response to the probable murder of George Floyd have been largely embraced by the left, despite the deaths that might be caused from the spread of COVID-19 at such gatherings. The right meanwhile is responding to the unrest with familiar calls for restriction.

One thought on “Repression, Borders and God – another way of looking at the left/right divide over COVID-19”