COVID-19 and the crisis in Western thought 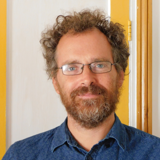 Toby's new book, "The Covid Consensus: The New Politics of Global Inequality", was published by C. Hurst & Co. on April 22nd, 2021, He is Professor of Precolonial and Lusophone African History and Culture at King’s College, London.

The COVID-19 pandemic has seen an emerging crisis in democracy, as far right politicians gain ground and anti-protest laws are brought in. This crisis, which has been growing for many years and is now coming to the surface, is driven by the growth in computing power and the concurrent polarization of political and social life. This polarization is contrary to ordinary democratic structures and processes and has been the root cause of the rising political crisis of the past year.

Whatever one’s view as to the rollout of COVID-19 pandemic lockdowns around the world, there is a widespread idea that liberal democracy is in crisis. While Donald Trump’s supporters in the U.S. lick their wounds, Marine Le Pen rides high in the opinion polls for next year’s presidential election in France. Meanwhile, in the UK, Boris Johnson’s government is attempting to pass a new Act of Parliament, the Police, Crime, Sentencing and Courts Bill, which would make peaceful protest punishable with as much as 10 years in jail.

Yet although there have been thousands of articles written on lockdowns and the scientific background to this policy, there have been very few which address the crisis of the past year from a purely political and ideological point of view. This is strange, since it has become clear that this crisis in Western democracy cannot be separated from governments’ response to COVID-19. The forfeiture of civil liberties in a public health crisis has placed diktat at the heart of the society. The basics of life – birth, friendship, sex, and death – now come quite literally with a public health warning. With senior scientists such as the UK’s Chief Scientific Adviser, Sir Patrick Vallance, stating that in the case of future viruses governments should implement these controls earlier, harder, and more widely, it becomes clear that this can easily become a semi-permanent power grab of government over human bodies and spirits.

These policy decisions may seem like a cause of this crisis in democracy, but they merely represent its most powerful symptom. The crisis has been building for many years, along with the rise of computing power and the way in which its algorithms create polarities which reproduce the binary codes at the heart of digital technology. This computer-driven polarization has created huge divides at the heart of democratic societies. Rather than causing this crisis, the reaction to COVID-19 has brought it to the surface, along with the impasse in Western life and thought that has been building with it.

Polarization breeds democratic crisis because it is the antithesis of the electoral model which underpins liberal democracies. This is a model based on choice and competition, mirroring the free market model of economic life which has developed in the West. Just as businesses and retailers compete for consumers, political parties compete with one another for votes. Citizens then choose which one of them best represents their needs, hopes, and ideals. But this is a choice: while one might choose one of these parties, over time one may change affiliation and choose another political party.

A polarized political environment more or less dispenses with choice, and essentially with competition. Very few people were likely to ditch Trump for Biden in the US, or to switch from Leave parties to Remain ones in the UK, and so voting strategies become about maximising the turnout and support of your side, and minimising that of the other side – as Trump showed to such effect in his 2016 defeat of Hillary Clinton. Elections become a winner-takes-all monopoly which reproduce the tendency to monopoly – and not a free market – that drives e-commerce.

These tendencies have been building in global societies for many years. As the winner-takes-all model of elections has taken over, so has the urgent need to win-at-all-costs. The monopolistic political framework has reproduced the structures of the main driver of economic life – the Internet – just as the model of liberal democracy reproduced the framework of choice and competition supposedly enshrined in the free market. This computer-driven divide between political practice and democratic ideals has catalysed a crisis in Western thought and life, which COVID-19 has brought to a head.


One of the most obvious symptoms of this crisis over the past year has been the way in which politicians have adopted policies which should have been completely anathema to their political ideals. For conservative thought and policymaking, this has been widely documented by a number of prominent commentators, especially in the UK and the US. Since the 1980s, conservative philosophies of government have aimed to roll back the state and promote ‘small government’. In this context, the way in which right-leaning politicians have rolled out big state policies has been met with incredulity in fora such as the American Institute for Economic Research and the lockdownsceptics website run by right-wing commentator Toby Young. Furlough schemes have been implemented by supposed Conservatives such as Boris Johnson, Angela Merkel and Mark Rutte, while the role of the state in daily life has never been greater. Some conservative analysts have been left rubbing their heads: in the UK, it can be wondered if senior Conservative figures such as Priti Patel and Dominic Raab are really the same Raab and Patel who helped to co-author the book Britannia Unchained in 2012, calling for the radical removal of the state from public life (1).

Though the disquiet in some conservative circles has been apparent, the ideological contradictions have been just as severe on the left – if less well noted. While a lockdown sceptic movement has now taken shape on the left, it is less prominent than its conservative peer. Yet lockdowns are a policy which protect the rich and parts of the middle class, and devastate the lives, livelihoods, and future health outcomes of the poor. They promote massive inequality, increasing the net worth of the richest just as they make the queues for food banks stretch on for a mile or more. Most devastatingly of all, these lockdown policies have shredded the livelihoods of the Global Poor, placing an additional 135 million people on the hunger line in 2020 according to the World Food Programme, and causing an additional 550,000 children every month to develop wasting diseases in the Global South. None of this would appear to chime with the aims of progressive politics – and yet it is those on the left who have been the most trenchant supporters of lockdowns around the world. Of course, none of this is to say that COVID-19 is not a serious virus which can have devastating consequences for the elderly and vulnerable sectors of society, but at the same time there is also a clear gulf between typical progressive policies and the socioeconomic impacts of lockdowns.

When contradictions grow within societies, crises follow. The gulf between rhetoric and reality has been growing for many years: between the well-known ecological perils ahead and the needless waste required by consumer societies, between the ideal that democracies bring prosperity and the reality of increasing inequality in Western societies. The ideological contradictions with which both the mainstream left and right have responded to COVID-19 has embedded this gulf between ideas and daily life still further. If these enormous contradictions are not symptoms of the impasse, stasis and unravelling of the basis of Western political thought and life, it is difficult to know what would be.

All along, of course, many citizens have been aware of the gulf between the requirements of the environment and the realities of life in a consumer society, and of the contradictions that have been emerging between democratic ideals and lived realities in democratic societies. As we have seen, these contradictions were promoted by the way in which computing and e-commerce changed elements of political, social and economic life. When the COVID-19 crisis emerged, technology emerged as the solution, but only in a way that accentuated the polarisation of society – this polarisation that had helped to create the political and intellectual crisis in the first place. Meantime, ever since March 2020, Tech stocks have quietly accumulated capital; and, since every political power requires control of its own currency, the value of its bitcoin currency explodes.

None of us are immune to this crisis, which is much larger than the individuals who have taken the policy decisions of the past year. What is at stake is the direction of power, and an urgent need to begin to change the nature of discussion so as to reflect on this: while we discuss the science behind pandemic containment strategies, we also need to be discussing the power shifts that have happened accordingly. Are Tech giants governments-in-waiting, honing their bitcoin currency as the crisis grows and the Tech-driven solutions (modelling of the virus spread however (in)accurate it may be, vaccine passports, track-and-trace) with it? Or can democratic leaders wrestle back the political initiative and reimagine consensual futures in both the Global North and the Global South? In time, and if power continues to accumulate with the big computing interests, philosophers and moralists may find that the COVID-19 policy consensus coheres with a future vision of human freedom and ingenuity. But from the standpoint of 2020, or even still in 2021, it is not the freedom of humanity as many people have known it.