The assumptions of Makeover Culture 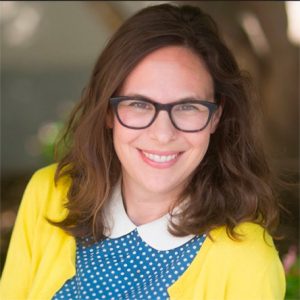 Sharrona is Associate Professor of Medical Ethics at Drexel University. A historian and theorist of the face and body, her most recent book is "Face/On: Face Transplants and the Ethics of the Other". She is currently writing a book about face blindness and super recognition. You can find her writing in the Washington Post, Lilith Magazine, Tablet Magazine, Chronicle Vitae, Kveller, and in other places including her website, sharronapearl.com. Say hi on twitter @sharronapearl.

This article explores the assumptions we make when we judge people by their appearance. These assumptions are situated in the long history of physiognomy: the study of facial features and their relationship to character. It explores the connection between capitalist consumer culture and the pressure to look a certain way, arguing that idealized appearance is based on structural, racial, class, and gender norms.

I like to look at people. I like seeing how their faces move when they talk. I look at their eyes. I note – without even thinking about it – how the corner of their mouths wrinkle when they smile or laugh. Or yell. Or grimace. I imagine that I know something about the people I encounter when I become familiar with their faces. But I’m not just looking at their faces: I am assimilating so many other aspects of their self-fashioning: how they dress; how they talk; how they carry themselves; how they walk; how they smell; how they sound. I put these visual, aural and oral pieces together and make a whole lot of assumptions, knowingly and otherwise.

It’s these assumptions that people seek to change when they try to change how others appear. The narrative of makeover culture is that it is about aligning the exterior with the interior to best represent to the world who a person truly is on the inside. The underlying idea is that somehow the index between inside and outside has become vexed, such that in a particular case, the outside is no longer (or has never been) a good representation of the self. Makeovers seek to fix that. Except what they are really doing is aligning the exterior with a better or more beneficial set of assumptions. That certainly has value – it makes life a lot easier if people like how you look – but it leaves the assumptions unexamined and, in many ways, even validates them. As Katherine Sender argues, makeover culture invests a lot of expensive labor to reinforce the idea that there is a better way to look, and that the better way to look is a valid representation of a better way to be (1).


This index between the inside and outside is an old, old precept, with variants across cultures and specific inflections for particular places and spaces. Predicated on the classical notion of physiognomy – the relationship of appearance to character – it underlies a lot of judgments that we make about others upon encounter.  And these judgments, despite every aphorism to the contrary, mean that we often do judge a book by its cover, if books are people and covers are faces. And we do indeed learn a great deal from these judgements, but if we stop and examine what we actually know, it reveals much more about the people doing the looking than the people being looked at (2).

So many of our structural hierarchies and assumptions about the right way to look — thin, well-groomed, privileged, with a normative body that is as white as possible — are deeply ingrained and difficult to isolate (3). And there are high stakes to these kinds of tacit judgments in practical ways: traditionally “attractive” people earn more money; taller men are afforded more respect; gatekeeping works to exclude people who appear undesirable without interrogating the source of that undesirability; and emotional ways: when we avert our eyes from people who are disfigured, disabled, or in other ways presenting less conventional appearances, we erode their very humanity (4). Not to look is not to see (5).

Makeover culture – in which I include television shows, Youtube tutorials, magazine adverts, #sponcon, and huge swathes of the makeup, dieting, wellness, and body shaping industries – builds on these assumptions and privileges certain ways of looking and being (6). These narratives build on capitalist infrastructure and take those who deviate from the ideal consuming citizen to transform their appearance and habits to help them fall in line. And it’s not a passive process: the makeover subjects, who in the case of makeover television shows, are often less privileged in various ways, are active participants in this process, often as a way to navigate the structural biases that limited their ability to participate in capitalist consumer culture. Adhering to these norms is in many ways strategic: who wouldn’t want to be amongst those who get more stuff because they look better? For some, it’s not just advantageous but a matter of survival to look as acceptable as possible (7). For example, skin lightening practices – still extremely common in many parts of the world and still in many cases quite toxic – may well be dangerous in the long-term and vital in the short-term (8). The racist privileging of white skin changes the immediate calculations about what is good for oneself, and what makes sense for oneself right now.

Recent makeover shows like the Netflix reboot of Queer Eye intersperse their appearance and grooming advice with therapy-lite around health, wellness, and personal worth. It’s often deeply moving and uplifting, pushing hard for the narrative of self-acceptance and supporting people to find and truly appreciate their own value. It is genuinely lovely and meaningful. It makes great television. It showcases people of color, disabled people, people of a variety of sexualities and gender identities. This representation is sorely lacking, and I applaud its presence on my screen. At the same time, it doubles down on consumption as the key to success, eliding the fundamental inaccessibility of these items for both the people featured and vast swathes of the people watching. And it never acknowledges the underlying assumptions motivating what indeed is the better way to look and why that matters (9).

And why, perhaps, it shouldn’t.