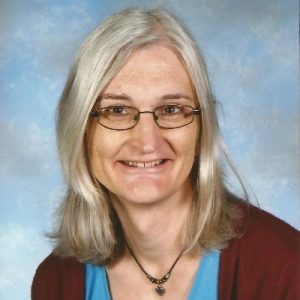 Debbie teaches physics to 11-18 year olds, helping them develop an understanding of science. Debbie is also busy as a trade union officer, standing up for teachers. As a trans person, Debbie has written extensively about what it means to be trans and how trans people can be included in society without compromising the rights of other vulnerable groups. Bylines in The Times, The Spectator, The Morning Star, The Economist, Quillette, Unherd and elsewhere. You can find Debbie on Twitter @DebbieHayton

The heated transgender debate is aggravated by muddled language that has obfuscated discussion and clouded understanding. Dispute resolution requires clarity of thought, which in turn needs precision of language. In transgender politics, that starts by unravelling sex and gender, description and definition, and even the verbs to be and to do.

The transgender debate plunged new depths recently following a remarkable intervention from JK Rowling. Her comments were mild – she protested the absence of the word woman to describe her sex – but the response was furious. Following a barrage of abuse on social media, she explained her reasons for speaking out in a 3700 word essay. Sadly, however, her reasoned arguments were met with emotional outbursts, and even the actors her books had propelled to fame scrambled to disassociate themselves from her. As a transgender person I despair that my rights are being discussed in such a febrile environment.

But if the tone of the debate is unfortunate, the confusion over language is tragic. If we misunderstand the medium, how can we possibly identify solutions, let alone achieve consensus?

English – with its vast vocabulary – supports nuance and facilitates precision of thought. But not if words are conflated, such as sex and gender. Traditionally people have sex while nouns have gender. However, while other European languages might assign masculinity to keyboards and femininity to mice, le clavier et la souris, English does not. Maybe through prurience, maybe to distinguish from a certain activity, gender has become superficially synonymous with sex. But while gender might be considered close enough to displace the word sex in many contexts where we have to describe ourselves as male or female, it breaks the link with the biology that defines us as male or female.

This usage is relatively recent. While Webster’s dictionary might trace it back to the 14th Century as a grammatical term, gender took on new meaning in 1964 when Robert Stoller coined the term gender identity to describe the way that people feel about themselves. Psychology is not biology and therefore gender identity is not sex, but in recent years it has been used to divide humanity in a way that was formerly the preserve of sex. In doing so, it extended its reach. No longer purely descriptive, it became definitive.

Description and definition are the second word pair that muddle the gender debate. Does gender identity describe us or define us? While we cannot even define gender Identity without recourse to circular reasoning supported by sexist stereotypes, and we certainly can’t measure it, it has become established in law in many jurisdictions. In doing so, it has become a means to classify people and, with it created new hazards.

When I was a child in the 1970s, some girls climbed trees and played with trucks while some boys liked to play with dolls and wear dresses. While – regrettably – they faced suspicion and ridicule, in the case of the boys, nobody doubted their sex. They were just a bit different. We looked forward to a progressive future where these differences were celebrated. But gender identity obstructed those lofty ideals. The description that became a definition then became a diagnosis.

Some parents concerned about their gender non-conforming children have dealt with their own prejudices by referring their children to paediatric gender services, with potentially life-changing outcomes. Clinicians at the Gender Identity Development Service – the UK clinic for “young people presenting with difficulties with their gender identity” have told BBC journalists that “Some parents appeared to prefer the child was transgender and straight, rather than gay, pushing them towards transition.” (see video below)

Without the language created by Stoller we would have no words to create identities that necessitate such actions.

Identity and action link to my third and final pair of words: “to be” and “to do”, arguably the two most fundamental verbs in the English lexicon. They may not have been conflated but transgender activism has achieved something almost as remarkable. “To do” was quietly replaced with “to be” with few people noticing. The consequences have been profound and, I would argue, negative.

A generation ago, two groups of people were defined by their actions, things they did. Transvestites expressed their predilection for wearing clothes associated with the opposite sex. Some, through painstaking attention to detail, passed as the opposite sex. Transsexuals, on the other hand, changed their sex characteristics. But while transsexuals could be a subject of pity, transvestites were often the target of ridicule. Monty Python’s depiction of Loretta and a cross-dressing lumberjack (see videos below) reflected attitudes of the time. It was no golden age for trans people.

Trans rights were secured much later and, in the UK, through the Gender Recognition Act 2004 and the Equality Act 2010. Crucially, in both cases the focus was on our right to do something.

The 2004 legislation created a mechanism by which we could change our birth certificates and, effectively, our legal sex. But it depended on actions. We had to change our presentation in society – and keep it changed for two years – to demonstrate a clinically diagnosed condition. Not only that, we had to provide medical reports to support the application. It may well have depended on conforming to sexist stereotypes but, still, it was something that had to be done.

In 2010 we won the right to be protected from harassment and “less favourable treatment”. But, crucially, the protected characteristic described actions. Instead of gender identity the UK constructed the law on gender reassignment, which was defined as a “process (or part of a process) for the purpose of reassigning the person’s sex by changing physiological or other attributes of sex.”

But sometime after that, almost under cover of darkness, the verb was switched from “to do” to “to be”. Gone were the transvestites and transsexuals who did things, and in their place were people who identified as transgender. As groups formally dedicated to the rights of gays and lesbians – for example, Stonewall UK and GLAAD of the US – waded in, we were relabelled. The definition offered by GLAAD is typical: “Transgender is a term used to describe people whose gender identity differs from the sex they were assigned at birth”. Since we can never measure anyone’s gender identity this definition is unprovable and unfalsifiable. But by assertion and assumption it has become established as an innate quality, and preferred over biological sex to divide humanity.

Furthermore, there can never be an objective test for being transgender. We are transgender because we say we are transgender. No qualifying criterion is necessary, or even possible. Naïvely, this may be liberating – if we are who we say we are, how can anyone stop us? – but we do not live in isolation, we live in society. With no basis in material reality, identity-based rights are vulnerable when they collide with the rights of others, and they have surely collided in this debate.


For over a century, western women have campaigned for – and won – sex-based rights. Some protect physical spaces, for example domestic violence refuges, while others enable women to participate and flourish in a society where sexism is still prevalent. If any man can identify as a transwoman, and any transwoman can identify as a woman, women’s boundaries are rendered meaningless. Locked gates offer no protection if any man can cut his own key. No wonder women are concerned.

But identity-based rights have also been disastrous for transgender people. When their claims are challenged, they have only their asserted feeling to fall back on. No wonder they report feeling “erased” or “invalidated.”

The alternative strategy – literally “no debate” – has been ineffective, and possibly even counter-productive, considering the very heated debate that now rages that shows no sign of quelling as more people wake up to the inevitable consequences of male people being allowed to identify as female people just because they want to. Male rapists are left to assault women in female prisons, male athletes are free to triumph in women’s sport while male executives displace women from schemes to promote women in business. These outcomes are both absurd and wrong, and they are destroying the credibility that we trans people used to take for granted.

Those of us who call out these outrages as unacceptable receive a mixed response. While many people commend my principles for being grounded in objective reality, some trans people and their allies tell me that they find them offensive and hateful. But when a scientific perspective is seen as transphobic, we reach an impasse.

Meanwhile, we ignore activity-based rights at our peril. The right to be treated fairly – equally favourably – with other human beings in employment, housing, and the provision of goods and services must not be taken for granted. Transgender campaigners do us no favours by alienating women, another group that face discrimination and harassment in society, who were once our natural allies.

While the future for trans people may now be less certain, we would achieve far more security and clarity if we got to grips with the language surrounding the debate. Sex needs to be restored over gender identity, and descriptions must not be allowed to become definitions by default. But most importantly we must restore the verb “to do” as the basis of our rights. Because while we should regulate activities, we can never regulate identities. We are who we are, and that should be good enough for everyone.