The science behind sex differences, and why we should care about it 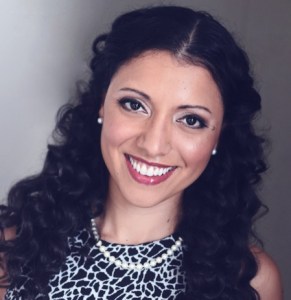 After earning her PhD in Buenos Aires, Patricia continued her scientific journey at Penn State, where she established her research laboratory. She is currently an Associate Professor at the University of North Carolina at Chapel Hill, where she studies sex specific mechanisms of lung disease. She believes inclusion of sex and gender in research will result in better personalized medicine.

Throughout history, researchers have attempted to study and understand differences between males and females. With the development of novel and improved research tools, sex differences started to be described in greater detail and incorporated in several domains, from basic mechanisms of development to clinical practice. In the field of medicine, this knowledge will allow health professionals to better understand disease in men and women, and to personalize diagnostics and therapeutics accordingly.

How to define and study sex

Our ability to determine the sex of a specimen depends on the tools we have available. Prior to being able to perform chromosomal observations or DNA analyses, researchers evaluated sex organs to determine an organism’s sex. In his 1871 book “The Descent of Man” (1), the naturalist Charles Darwin referred to differences between sexes and proposed a theory of sexual selection, based on looking at genitalia. In the early 1900s, the zoologist Frank Rattray Lillie began to describe the first mechanisms of sexual differentiation linked to sex hormones, intrigued by the freemartin (a sterile animal with external female genitalia and internal male gonads). Currently, we determine sex by assessing differences in reproductive systems and secondary sexual characteristics, but define biological sex though chromosomes, using the XY system for humans and most species, and the ZW and X0 systems for other species like birds and insects. Biologically, such chromosomes are linked to the presence and expression of specific genes and/or hormones, which will ultimately contribute to the mechanisms that control differences between males and females, from the cellular to organismal levels (2). In addition, the life cycle of males and females will also present differences in developmental processes, transition to puberty, circadian and periodic fluctuations in hormone levels (e.g. menstrual female cycles) as well as sex-specific events such as pregnancy and menopause, to name a few. While we still do not know much about the mechanisms governing these differences, animal models accounting for hormone cycles, using gonadectomy and hormone replacement treatment, and specific models like the “four core genotypes” (3) can help us distinguish anatomical vs. physiological, and chromosomal vs. hormonal effects. The four core mice are genetically engineered so that their sex chromosomes (XX or XY) are unrelated to their gonadal sex.

In humans, sex and gender are terms often used interchangeably, despite representing very different concepts (read how this confusion affects social debates). As mentioned earlier, sex is defined by biological characteristics associated with a person’s chromosomes. Gender, on the other hand, refers to socially constructed roles, behaviors, activities, and/or attributes that a given society considers masculine or feminine, which will influence the type of environment where an individual lives and works. Gender also refers to the individual’s choice of presentation, which does not necessarily need to match their sex or chromosomal composition, nor be permanent. Over the years, accumulating epidemiological and clinical data have revealed important differences between women and men in the incidence, prevalence, progression, and response to treatment for multiple diseases and conditions. However, the historical use of predominantly male animal research models and exclusion of women from clinical studies has resulted in a significant gap in our knowledge of sex- and gender-specific factors that contribute to disease mechanisms (5). This lack of information has also left us with many doubts and concerns about drugs available in the market. Several of these medicines have not been developed using female models, nor tested in women, raising concerns about dosage and safety. Fortunately, recent regulations and policies by funding agencies and regulatory organisations, such as the NIH policy for the inclusion of women and minorities in research studies, and the FDA guidance on Evaluation of Sex-Specific Data in Medical Device Clinical Studies have required investigators to incorporate a sex and gender perspective in research and clinical studies. As a result, we are beginning to understand not only the factors that contribute to sex and gender differences in health and disease, but also how the intersection of sex and gender influences our risk of getting sick and ability to respond to treatment. More recently, it has also been proposed that sex and gender interact and mutually shape one another. For example, the level of exposure to certain chemicals or air pollutants can be associated with gender roles (e.g. cooking, occupational exposures, use of beauty products, smoking), and these exposures can exert different effects in the male and female body. Thus, by studying the interaction of sex-specific biological factors and gender-related social factors, we can learn more about complex disease mechanisms and develop better preventative strategies and/or treatments.


Why we should care

Understanding and accounting for sex and gender influences on health, disease, and response to treatment are key steps toward improving all patient outcomes. Thanks to recent inclusion of women in clinical trials and basic science studies accounting for sex as a biological variable (4), we now know that women react differently to many drugs, and that these differences are associated with anatomical and physiological differences, as well as sex-specific metabolic processes. This information allows clinicians to make better informed decisions on dosage, routes of administration, and even consider physiological hormonal levels or fluctuations when prescribing a treatment. We have also known for a long time that many afflictions are a result of gene-environment interactions. Therefore, incorporating these variables in the study of human health, can help us better understand how sex (genes) and gender (environment) interact to shape our physiology. Incorporating sex and gender variables will also allow us to determine whether, and how, men and women respond to environmental challenges and toxins. This will ensure that we have sufficient information to properly update regulations about the levels of chemicals and other substances that we are exposed to. Finally, there are still several diseases that present significant differences between men and women, but do not have options for male or female treatments, due to our lack of knowledge of sex-specific mechanisms. For example, women are three times more likely than men to be hospitalized for an asthma attack (6). However, the drugs and treatments available for men and women are the same. Therefore, it is imperative that we encourage and support research that incorporate sex and gender variables and how they influence health and disease. Doing so will allow us to offer better personalized treatment options for women, men, individuals receiving hormonal therapy, transgender populations, and others, improving their effectiveness.

One thought on “The science behind sex differences, and why we should care about it”