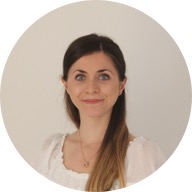 Laura is originally from France and Belgium, and has spent most of her life in Luxembourg and the UK. She studied biochemistry at University College London and obtained her PhD in structural biology. She moved to Switzerland for her postdoc in cancer research. She enjoys talking about science and scientific careers at public engagement events and has a strong interest in science policy – how to address today’s societal challenges using science and technology. Outside of work, she loves yoga, sailing and travelling with her family.

Science and innovation go hand in hand, and it seems obvious that scientists would use the latest digital technology available. Surprisingly, this is not the case – there are many aspects of a researcher’s everyday work that have missed the digital revolution. Increasingly lagging behind is the way researchers still record experimental data in handwritten lab books.

Following the internet boom in the 1990s, it was predicted that most researchers in academia and industry would soon replace their handwritten lab books with electronic ones. In preparation for this digital switch, governmental agencies such as the US Food and Drug Administration (FDA) changed their regulations at the start of the century to acknowledge that electronic and paper records were equivalent. Twenty years later, handwritten lab-books, with scribbles, side-notes and printed figures glued or taped on the pages still prevail, at least in academia, and especially in the life sciences.

Researchers working in labs typically record their daily experiments in lab books. This practice ensures proper documentation and reproducibility, which are key aspects of scientific integrity. Lack of reproducibility, even within a single team of workers, is encountered in many labs, and is an ongoing issue in science (to understand why, read this article). Today’s data recording system is not helping – with the fast pace of research and the increasing amount of data generated, some academic scientists cut corners and do not record experiments properly. Students who start working in a lab are always told that anyone reading their lab book should be able to repeat the experiments they did. However, this is rarely the case at all career levels. How experiments are recorded in lab books is still somehow (even unconsciously) subjective, and it is common practice to ask first for more details before attempting to reproduce an experiment. Nonetheless, lab books remain incredibly useful to move research forward. They allow for careful planning, quick double-checking and thought-through analyses. In academia, they are carefully looked over before summarising results in a thesis or manuscript.

It seems intuitive that the invaluable source of information that lab books contain should be accessible and tractable, to minimise experimental deviations. Electronic laboratory notebooks (ELNs) were created with these ideas in mind. ELNs are a digital solution to document experiments. They typically contain additional features such as lab inventory management tools and protocol templates. They are meant to be easy to search, access and archive, and are often cloud-based. Harvard University has compiled a useful comparative list of ELNs, and some universities, such as the University of Geneva, offer help to their researchers to introduce ELNs in their labs. Despite a growing market (1) and the obvious advantages of ELNs over handwritten lab books, such as increased reproducibility, easier data retrieval and sharing, ELNs are still not widely used in academic labs.


Why have ELNs not been adopted in academia? Two of the top issues are time and money (1, 2). According to a 2017 study, 72 ELN products were available to researchers that year (2). Looking into the pros and cons of each one is time-consuming, and most scientists and IT support staff are not willing to put the time and effort into this kind of research and maintenance. Free versions of ELN software or platforms have a set of limitations, in terms of number of users, data size and features available. Although paid-in options are relatively cheap when considering their amount of daily use, it would represent an unusual expense for labs.

The third top reason for not switching to ELNs, and perhaps the only inexcusable one, is that scientists are simply set in their ways (2). Although we are part of the digital era, we have not embraced all its tools. Senior scientists teach new researchers how to document their experiments the way they have been doing it for years. Habits are hard to break. Unless a lab head decides that his/her group members should spend time learning how to use the chosen ELN, the full switch to electronic records might not take place and reproducibility will continue to be problematic. For this change to be successful, it should of course be an ‘all for one and one for all’ situation, where everyone in a lab, department or university uses the same tool.

This lack of implementation of digital transformations comes back to bite us during this pandemic. With the majority of labs closed down or working with a restricted number of people, bench scientists, especially early career ones, are struggling to be productive at home. It is clear that ELNs, among other digital tools, would have been useful. Researchers asked to work on manuscripts would have had easy access to all of their experimental data, protocols and other notes in one place. Team members could have looked into their colleagues’ projects, initiating new discussions and fostering new ideas. This increased communication would ultimately drive whole labs’ research forward.

In the last few years, data accessibility or open data has risen to the forefront of science policy. Everyone talks about sharing results to make research more transparent and accelerate breakthroughs. Yet, very few teams pave the way for these bigger changes to happen, such as unifying data recording in their own labs. New team leaders are increasingly encouraged to publish their work in open access journals, to change the way results are shared (3). I believe that an easier task, but equally worthy, would be to encourage them to think about making these results transparent among their team members in the first place, thereby truly participating in the scientific digital revolution.