Accounting for the multi-factorial nature of health disparities 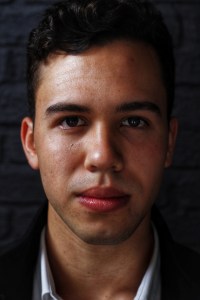 Cameron is an undergraduate Bachelor of Medicine and Surgery (MBChB) student at the University of Cape Town, South Africa. He has a keen interest in bioethics and public health.

An understanding of the interplay between socio-political and biological factors is crucial in navigating the evolving landscape of health in the 21st century. Healthcare professionals need to understand the interaction between these complex factors to avoid the consequences of not fully appreciating their effects on health disparities. Using two relevant case examples, namely the HIV/AIDS pandemic and the impact of Apartheid legislation on households in South Africa, I will endeavour to illustrate the need for a nuanced, biologically-grounded but sociologically-cognizant understanding of health disparities.

When identifying causal factors behind phenomena such as health disparities, many people tend to occupy two poles. On the one hand, some argue that differences in outcomes such as morbidity and mortality are best explained by discrimination based on social or political characteristics, e.g. socioeconomic status (SES) or prejudiced behaviour (1). On the other hand, many health disparities have more coherent biological explanations of the disparate outcomes between people, e.g. Jews of Ashkenazi descent having an increased predisposition to Tay-Sachs disease (2). This raises a conundrum for health professionals when observing such phenomena, and the temptation to quickly attribute causality solely to a biological or a socio-political agent must be resisted. The reality is nuanced, but worth understanding, if health professionals are to avoid the consequences of zero-sum thinking when it comes to the interaction between health, socio-politics and biology.

One of the best examples of this intersection is the HIV/AIDS pandemic. HIV/AIDS entered the public consciousness in the early 1980s when previously healthy, predominantly homosexual young men suffered from complications associated with immunodeficiency (3). In the absence of a definitive aetiological cause, many physicians were quick to point to homosexual sexual practices as the causal agent, using the cases they saw as proof of their assertion. Additionally, extreme religious advocates viewed the disease as evidence of punishment for what they considered “sinful” lifestyles. The stigma and prejudice quickly led to the disease being referred to as gay-related immunodeficiency disease or GRID (4). However, when haemophiliacs, intravenous drug users, women and children also started presenting with similar symptoms, it quickly became clear that the fundamental cause of the disease was not related to sexual orientation or gender identity. In 1983, the human immunodeficiency virus (HIV) was discovered as the cause of acquired immunodeficiency syndrome (AIDS). Sadly, even as research articles poured out of the expanding HIV/AIDS field, much of the original stigma and fear remained firmly entrenched.

The early days of the HIV/AIDS pandemic provides an interesting insight into the complex interplay between healthcare, gender and sexual orientation. Clearly, the stigmatization of men-who-have-sex-with-men (MSM) in the fight against AIDS hampered early attempts to combat the disease and severely disadvantaged MSM seeking access to healthcare. However, we now know that unprotected receptive anal intercourse with ejaculation does significantly increase the risk of transmission compared to unprotected receptive penile-vaginal intercourse (5). Nonetheless, this certainly was not known at the time and was not a justifiable basis for the discrimination many felt during the early years of the pandemic. Therefore, it is clear that the link the doctors noticed in the first recorded cases of HIV/AIDS was explained by the nature of the exposure and not the sexual orientation of the participants. This subtle difference explains the biological component of the disparate rates of infection, but also serves to dispel myths that the transmission is in any way inherently linked to one’s sexual identity. Mother-to-child transmission in mothers with a high viral load provides a definitive rejection of this notion. What is worth bearing in mind is that these subtle differences and nuanced explanations of disease transmission are not always easy to elucidate. One should always be careful of the clarity of hindsight when assessing the thought processes of our predecessors. The HIV/AIDS pandemic provides us with a useful reminder to be cognizant of all factors, biological and socio-political, before rushing to conclusions.

In 1996, the first antiretroviral therapy (ART) was announced more than a decade after identifying the causative organism of AIDS (6). This ushered in a renewed sense of hope amongst those afflicted by the disease. Finally, HIV/AIDS had become a chronic condition, not a death sentence, and medicine provided life-saving treatment against this debilitating disease. However, the arrival of ART did not ensure its distribution and access equitably across the world.

South Africa‘s recent history demonstrates the damage unyielding socio-political forces can have on healthcare. Governmental attitudes and health policy stood as a significant obstacle in the fight for access to treatment. Despite overwhelming evidence regarding the causal relationship of HIV and AIDS, and the proven life-saving benefits of ART, providing access to antiretrovirals (ARV’s) was met with resistance. Under the presidency of Thabo Mbeki, the African National Congress (ANC) government fostered a period of AIDS denialism that is estimated to have led to the preventable deaths of between 171,000 and 343,000 people (7-8). Mbeki’s scepticism over the use of ARV’s and Health Minister Manto Tshabalala-Msimang’s endorsement of “alternatives” such as beetroot, garlic and lemon juice as viable treatment options exacerbated the problem. It would eventually fall to civil society, the private sector and numerous activist groups to convince the government to adopt the internationally-accepted policies that should have saved many lives. Thankfully, South Africa’s ART program is finally running, with the life expectancy of HIV+ individuals steadily improving (9). But it is a painful lesson that the triumph of politics over policy and attitudes over access to healthcare is not as distant a memory as we may wish.

South Africa also serves as an interesting example of the effect social policy can have on health disparities between genders. Following the Apartheid government’s divisive Bantu Homelands Citizenship Act of 1970, many families of colour were evicted from their homes and relocated to rural and under-developed parts of the country. With jobs scarce, many males left the household to become migrant workers in city centres such as Johannesburg and Pretoria. This male-dominant migration pattern was further entrenched by the forced relocations of women back to rural areas if the women attempted to migrate to urban areas as well (10).

The major consequences of the migration were the breakdown in family structure and the abandonment of families by male migrant workers (11-12), with increases in sexually transmitted disease and alcoholism serving as two further by-products of this radical shift in the social structure (13-14). Moreover, families were forced to adapt to survive, leading to the formation of alliance households with the burden of responsibility falling squarely on women. Alliance households refer to households composed of “family members and friends, members of a family and lodgers and varying, non-descript combinations of people” (10).

Fifty years after the act, post-Apartheid South Africa is still feeling the effects of the legislation. Numerous studies have found a significant correlation between acute illness in women with regards to marital status and household composition. Married women and women who were formally employed are more likely to use the private healthcare sector than women in alliance households (15). Moreover, significantly higher rates of acute illness are reported in alliance households. This creates a situation in which women who most need treatment are unable to access affordable and appropriate healthcare services (15).

Possible explanations for the phenomenon are that women in alliance households tend to be older than women in nuclear (two parents and their children) or extended families, have higher rates of separation or divorce and tend to be more socio-economically disadvantaged compared to more traditional family structures. Bearing that in mind, alliance households are not solely disadvantaged due to a modified family structure. This is evidenced by the fact, as mentioned above, that alliance households perform worse in health outcomes when compared to women-headed households, despite the latter also having older women and a lower SES. Although more research is required to elucidate the burden on women in these households fully, it is clear that these women are at a comparative disadvantage with regards to their health.

Where to from here?

The examples of HIV/AIDS and alliance households illustrates one part of the interaction between biological and socio-political spheres. Purely sociological explanations should not be accepted without scrutiny, as there are often biologically plausible explanations for observed phenomena which correlate better with health disparities than socio-political events. Instead, we should acknowledge the biological and environmental components of all disease profiles. In some diseases, such as Trisomy 21, the genetic makeup of the individual plays a significant role in the aetiology. In other diseases, such as alcoholic liver disease, the environment and human behaviour are the driving factor in disease progression and health outcomes.

Additionally, it is also true that more needs to be done to account for sociological factors. One can find no justification for the fatal lag time in ARV acquisition under Mbeki other than party politics. Similarly, it is difficult to imagine a clearer example of the destructive effects of legislation on health than the Apartheid regime. From the above discussion, it is evident that there is rarely a clean margin between sociological and biological factors influencing the disease. As with all things, success comes from balance, and if medicine is to succeed and become truly inclusive, it needs to reach a golden mean: one in which we acknowledge the broader socio-political forces at play and remain prescient of the biological restraints on our practice.