The world must stand by the Rohingya 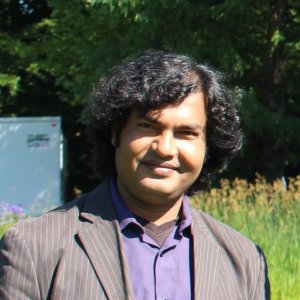 Nasir is a cultural anthropologist based in Bangladesh and a professor of anthropology at the University of Chittagong. He is the author of "The Rohingya: An Ethnography of ‘Subhuman’ Life (Oxford University Press, 2020)". Twitter@nasiruddincu

In the name of counterinsurgency, Myanmar security forces launched a clearance operation on the civilian Rohingya in the Rakhine state in August 2017, in which thousands were killed, hundreds raped, and more than 700,000 people driven out of the country. The world witnessed a massive refugee crisis when the hundreds of thousands of Rohingya took refuge in Bangladesh. Given the context, the international community should come forward to stand with both Bangladesh and the Rohingya because the Rohingya are not responsible for their extremely vulnerable situation at present, and Bangladesh is not the creator of the crisis but its worst victim.

The 25th of August 2020 marked the third anniversary of a deadly crackdown on civilian Rohingya in Rakhine State perpetrated by Myanmar security forces and vigilantes. In response to an attack on several police camps and a military base by Arakan Rohingya Salvation Army or ARSA, the Myanmar security forces, under the pretext of counterinsurgency, mercilessly killed, randomly raped women and girls, and indiscriminately tortured the Rohingya people, as well as burnt down hundreds of villages in northern Rakhine Rohingya localities. The UN’s Independent Facts Finding Commission’s report, published in August 2018, confirmed that, in two months starting from August 25, 2017, 725,000 people fled persecution and crossed the border into Bangladesh, around 10,000 Rohingya were killed, about 1900 girls and women were raped, and about 390 villages were destroyed fully or partially. The intensity of the atrocity and the level of brutality was so dreadful that the UN Human Rights Commissioner immediately termed it a ‘textbook example of ethnic cleansing’, though many internationally acclaimed scholars – for example, Penny Green, Azeem Ibrahim, and Michael Charney – firmly called it ‘genocide’ and ‘crimes against humanity’. The Rohingya refugees living in Bangladesh and the Rohingya diaspora living across the world observed the 25th of August as ‘the genocide day’, but in the aftermath of this remembrance, the world seems to have forgotten the Rohingya.

Soon after these horrific atrocities, national and international media headlined the story with heart-tugging titles like ‘Rohingya influx’, ‘massive exodus’, ‘Rakhine is burning’, ‘humanitarian crisis’, ‘ethnic cleanings’, ‘genocide is going on’, ‘military crackdown on civilian Rohingya’ and ‘Myanmar’ shame’ and so forth. Many of these media outlets published very ‘disturbing’ photographs of Rohingya crossing the border with scarred faces, parents running with kids inside bamboo baskets, fearful women running across rivers, youths running while carrying old parents on their backs, all fleeing with overcrowded boats full of girls, children, aged persons, many wounded people, and others bleeding from head to toe. It was considered the worst humanitarian disaster (1) in the recent history of human civilization – even worse than the Syrian ones. Considering the severe humanitarian catastrophe, Bangladesh came forward to stand by the Rohingya, who were in a critical condition and a heart-breaking situation, to shelter them in its land with whatever support Bangladesh could provide.


Given the intensity of the influx and humanitarian crisis, many national and international NGOs, including some UN bodies like UNHCR, UNICEF, WFP, WHO, and UNDP, made a combined effort to join Bangladesh in the management of the refugee situation in south-eastern Bangladesh. Sheltering more than one million refugees, Bangladesh became one of the largest refugee-hosting countries in the world. With an area of 13km, the Kutupalong refugee camps host around 700,000 Rohingya refugees, which has made it the largest refugee camp in the world. Though some human rights bodies quite often project Rohingya struggling daily for food, sanitation, housing, medical facilities, and everyday essentials, that is far from the truth. The locals depict the lives of the refugees as ‘rajar halee’ (life like a king or queen), as many locals told me, using this exact phrase, while I was doing fieldwork in Ukhia and Teknaf in 2017, 2018, and 2019. The refugees receive regular support from national and international aid agencies, unlike their hosts. According to international standard of refugee management, 25% of aid should be used for the host community in addition to supporting the refugees, but the local people of south-eastern Bangladesh are receiving literally nothing, which they reiterate time and again. These kinds of allegations are intensifying the tensions between the host society and the Rohingya refugees. On the other hand, international aid is gradually decreasing, and Bangladesh has to bear the additional costs of managing the massive refugee situation as well as the cost of full administrative support and the deployment of law enforcing agency forces to help the refugees. It is noteworthy here that Bangladesh spent about $ 1.21 billion annually during the last three years hosting Rohingya refugees. It is also unfortunate that the eager, supportive stance and congenial cooperation, which international communities showed at the beginning, has drastically decreased. There are no promising or effective initiatives to resolve the Rohingya crisis on a global scale suggested by the international community. Now many in Bangladesh raise the question: Why should Bangladesh bear the ‘burden’ alone whilst ‘burden-sharing’ by the international community is the norm of refugee management across the globe?

Through bilateral negotiations, Bangladesh made two consecutive repatriation attempts (the first on November 15, 2018 and the second August 22, 2019) but failed mainly due to Myanmar’s unpreparedness, unwillingness, and the failure of the state to generate any reliable hopes and lasting trust among the Rohingya refugees in Bangladesh. Therefore, the displaced Rohingya refused to take part in the repatriation process – and we cannot blame them for declining to participate. Following the formation of a task force in November 2017, and an agreement to have a ‘physical arrangement’ in Rakhine signed in January 2018, Myanmar was expected to take necessary steps for preparing to bring the Rohingya back to the Rakhine state. However, Myanmar did not do any tangible preparation and could not give any trustworthy promises or dependable hopes to the Rohingya refugees so that they might agree to return to their ‘homeland’ voluntarily. Furthermore, Rakhine’s law and order situation had not sufficiently improved to be conducive for the safe return of the Rohingya to their homeland. The international community remained ineffective to hold Myanmar accountable; instead, they repeatedly put pressure on Bangladesh to halt the repatriation process. Therefore, the roles of the international community seem very ambiguous since they have become inactive in their support for the refugees, but active about opposing the repatriation process.

One more issue deserves discussion here. The International court of Justice (ICJ) known as the world court started a trial initiated by Gambia accusing Myanmar of committing genocide in Rakhine against civilian Rohingya in 2017. Gambia appealed to the court to give an initial order to Myanmar to take ‘provisional measures’, while the trial is going on. This was granted by the ICJ, which then ordered Myanmar to ‘preserve genocidal evidence’ and to ‘protect the remaining Rohingya’ living in Rakhine state. We appreciate this move, but at the same time, we wonder whether the judicial trial at the world court could really help solve the Rohingya crisis. Truly speaking, I find very little actionable hope as far as the ICJ trial is concerned: because the ICJ basically operates for doing two tasks (as it states in its jurisdiction, “[t]he Court’s role is to settle, in accordance with international law, legal disputes submitted to it by States and to give advisory opinions on legal questions referred to it by authorized United Nations organs and specialized agencies”), it can hardly take any action, even if it wanted to, against Myanmar that would bring any practical solution to the Rohingya crisis.

What Myanmar security forces did in 2017 is a state-sponsored genocide, and Myanmar should be convicted for it so that the Rohingya people can receive justice, and the international community should support this trial and Gambia. At the same time, the world should not forget that Bangladesh is hosting more than one million Rohingya refugees, even though Bangladesh is not the creator of the crisis. Bangladesh gave shelter to the Rohingya on humanitarian grounds, but this is not a permanent settlement. Rather than ‘blaming the victims’ and putting pressure on the host, the global community should come forward to stand by both Bangladesh and the Rohingya. Providing continued aid will help sustain the problem, not resolve it. It is instead required to form a coalition of power and effective actors, including regionally influential ones, to convince, negotiate and – if necessary – pressurise Myanmar to accept the Rohingya as its citizens as suggested by Kofi Annan commission reports. This will help resolve the problem to a substantial stage, and the remaining problems of rights and entitlements will follow after their legal recognition as the citizens of Myanmar.

There is a growing and sincere outcry that the world should not forget the Rohingya. The world must not forget that the Rohingya do not want to stay in Bangladesh but are eager to return to their homeland with legal recognition, social safety and human dignity. Now, it becomes the duty of the international community to stand beside the Rohingya, the world’s most persecuted ethnic minority.

One thought on “The world must stand by the Rohingya”