“Maybe We’ll Get Somewhere”: “Fast Car” and the place of Folk Music 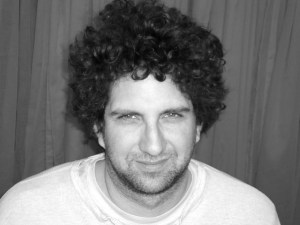 Noah is the author of Wonder Woman: Bondage and Feminism in the Marston/Peter Comics, 1941-48 from Rutgers University Press. He has written for several outlets, including the Atlantic, the Guardian, the New Republic, Playboy and Quartz.

Folk music is generally defined as music rooted in an authentic community. Tracy Chapman’s song “Fast Car”, however, illustrates the way in which commercial folk music is about displacement and leaving community behind. Folk is not just a music of place, but also a music of travel and commerce, and of the distances between.

As most fans and experts agree, folk music is authentic music.

The exact definition of folk is often a little uncertain. Bela Bartok referred to it as “rural music” (1); Ronald D. Cohen in Folk Music: The Basics called it “music of the people, broadly construed”, while noting common characteristics like anonymous origin, oral transmission, acoustic instruments, and relatively simple melodies (2). In the US, folk music has been defined by Harry Smith’s 1952 Anthology of American Folk Music, which collected blues and hillbilly records from the 1920s and 30s to create a canon of rural American music at the dawn of the recording era. Folk music as a genre has also been shaped by the protest music of Woody Guthrie and Pete Seeger in the 1950s and 60s, performers who linked rural styles to political protest songs. The common ground in all of these definitions, though, is an idea of organic community, in contrast to the cynically created audience of capitalist pop. Folk is personal and rooted in place. It’s real music for real people.

One of the quintessential folk songs of my childhood – and still a classic of the genre – is Tracy Chapman’s 1988 “Fast Car” (see video below).

The song is about a poor woman dreaming of escaping urban poverty, inspired in part by Chapman’s own experiences as the child of a single mother on welfare who experienced racial bullying. Though the 1980s are often thought of as a time of economic expansion, they were also a time of increasing urban poverty; more than a quarter of children living in major cities were living under the poverty line in 1989. Politicians often blamed the persistent poverty on Black people, and particularly on Black single mothers, who were stigmatized as “welfare queens”: “the welfare queen stood in for the idea that black people were too lazy to work, instead relying on public benefits to get by, paid for by the rest of us upstanding citizens”, Bryce Covert writes at The New Republic. Thus, “Fast Car” was deliberately opposing common stereotypes by sympathetically portraying a marginalized, stigmatized, often forgotten community.

Though the song is set in the city, the acoustic guitar points to country styles, forging a link between the oppressive conditions of a Black rural past and a Black urban present. The chiming, strummed melody repeats throughout the song, emphasizing the monotonous grind of labor and hopelessness:

You got a fast car
But is it fast enough so we can fly away?
We gotta make a decision
We leave tonight or live and die this way

The somber main riff contrasts with the louder, drum-driven chorus, and its vision of highway escape.

See I remember we were driving, driving in your car
The speed so fast I felt like I was drunk
City lights lay out before us
And your arm felt nice wrapped ‘round my shoulder

“Fast Car” belongs to the folk genre because it tells about the authentic experience of a particular marginalized community. But contradictorily, it also might be considered anti-folk music, because it is about dreaming of an escape from that same authentic experience. Realism is frequently a trap for Black people – the expectation that Black people should be “authentic” becomes a demand that the only story they tell is of their own hardship. In contrast, the “fast car” – that chrome magic carpet of modernity – swooshes the narrator up, out and away from the grimy city. She hopes to “buy a bigger house and live in the suburbs”, the famously artificial landscape of capitalism and commercial standardization, where people live, but not “folk”.

In Dialectic of Pop, Agnès Gayraud (3) notes that contemporary popular music is obsessed with travel and transportation – in song, people are always rolling stones, leaving on a jet plane, going to California with an aching in their heart, or catching rambling fever. At the same time, Gayraud points out that roots music sings “intransigently of its place of origin, the local and communal forms of life from which it was born, but which are now behind it, lost forever.”


The process of recording, Gayraud argues, is a kind of “de-folkification” – or to use her term, “deterritorialization”. When you put a song on disc, or digitize it, you are removing it from its original context and literally disembodying it. A song on the radio, or coming over a computer, is not rooted or organic; it’s lifted free of its context, so it can be shared, universalized, and commodified. If folk is rooted and authentic, a folk record is an oxymoron. The existence of folk records calls into question the definition of folk as authentic or located in a particular, inviolable community.

Even if folk records aren’t coming from an organic place, there are still folk records about the loss of organic place. The Carolina Tar Heels’ 1928 song “Peg and Awl” laments the industrialization of shoemaking and the new factory that “make twenty pairs to my one…peg and awl!” (see video below).

The new technology of the assembly line is also the new technology of recording. Mass production of shoes implicitly nods to mass production of vinyl – listeners to the phonograph are helplessly participating in the destruction of individual artisanship, the song mourns. Similarly, The Band’s 1969 folk rock classic “The Night They Drove Old Dixie Down” is an eulogy for the Confederate defeat (see video below).

The organic community here is the racist white South, and the song’s narrator, Virgil Caine, is set adrift by the Union victory. Cut off from the past, he lives on record, as if the war has not so much destroyed racism as simply set it loose to spin into the future, wishing for America to be great again.

“Fast Car” is similar to these songs in that it references folksiness via engaging with the trauma and travails of ordinary people. It’s different, though, in that it wants to leave that folkiness behind – or at least sees deterritorialization as potentially exhilarating, rather than as grimly unavoidable. In that sense, the song functions as a metaphor for its own reception and success. The narrator of “Fast Car”, with her dream of buying a bigger house, is also in a sense Chapman herself, who’s #6 Billboard Hot 100 hit made a working-class woman into a bona fide star.

Pop performers like Frank Sinatra with “My Way” (see below) or Billy Joel with “Piano Man” (see below), or even Lady Gaga with “Born This Way” (see below) tend to unabashedly celebrate their own commercial apotheosis and successful commodification.

“Fast Car,” though, is more ambivalent, less confident. The narrator’s dreams are much more circumspect than Chapman’s; the voice on the record doesn’t see herself as a rock star, but merely as getting a job in a supermarket, maybe someday getting a promotion. Folk roots are twined around that fast car, which attempts to take off, but can’t get much farther than a few feet down the block. The power of the song is in that tension between folk and anti-folk – in loving and hating where you’re from, and hating and loving where you’re going. “Fast Car” references rural styles to envision urban hardship and possible suburban escape. It’s about turning no place into everyplace, so that “maybe together we can get somewhere”.

Folk music can be many things, but right now, in the US – and going back 70 years or more – it’s a genre of pop music, like jazz, or rock. If it belongs to an organic community, it’s one of marketing, which calls people to their demographics and consumer preferences.

But genres have meaning too, and part of what “folk” designates is a commercial music which evokes an imagined, perhaps imaginary past in which music was noncommercial, located, and real. “Fast Car” is a brilliant song because it longs for both authenticity and escape from authenticity, rootedness and freedom. Folk music can give you both, the song promises, and also neither.