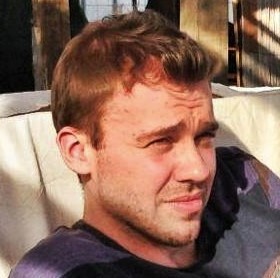 Dan is a Romanian freelance writer with a degree in Economics and a decade of experience in sales and journalism, on three different continents. Being born into an oppressive communist regime and having lived through the painful transition to capitalism allows him to see the modern Western world as something to be grateful for and that should never be taken for granted.

Romania’s journey from dystopic Communist hell to relative prosperity was long and difficult, with many issues still unresolved to this day. However, its rapid economic and cultural growth should serve as an example for any country looking to escape authoritarian governments.

The story of Romania’s time as a Communist regime begins similarly to other countries that were infected by this awful virus: with confiscated personal property, complete abolishment of anything resembling meritocracy, imprisonment and oftentimes death for any intellectual that did not actively support the ideology, and the removal of any true form of personal freedom for all citizens except those with a high rank within the party.

Then the 1989 revolution happened and Romania, along with all other states from behind the Iron Curtain, regained its independence. However, just like an inmate who finally gets released after decades of imprisonment, Romanians quickly discovered that learning how to be free, both as a nation and as an individual, is an awfully difficult task.

Judging from afar, it may be convenient to assume that all Eastern European countries faced Communism in a similar way. After all, the ideology was similar, as was Russia’s ever-present influence. This was mostly true in the first decades after World War II, but things later took an even darker turn in Romania, with the entire country subdued and every opposing intellectual either imprisoned or dead.

In June 1971, Romania’s dictator president, Nicolae Ceausescu, made a state visit to the Communist Asian countries that dramatically changed the country’s future. It was there that he became acquainted and seduced by North Korea and China’s Maoist propaganda, with larger than life demonstrations of allegiance to the regime, hundreds of thousands of people forced to cheer for the party and its leaders, ridiculously grandiose buildings and boulevards, packed stadiums waving party-colored flags, and every other part of the ridiculous propaganda that’s still identical to today’s North Korea. The cult of personality was born.

This was the missing link for Ceausescu. He had gained power only four years before and, following his opposition to the U.S.S.R. regarding the 1968 Czech uprising, had a somewhat positive image even in the West. But it was not enough and, from that moment on, he did everything he could to turn Romania into North Korea and Romanians into drones expressing constant adulation for their leader and their land. The poor and uneducated cobbler who somehow made his way to the top of the country’s authoritarian ruling party had found a way to immortality. Inspired by Kim Il-sung, North Korea’s leader at the time and current leader Kim Jong-un’s grandfather, he began work on his Communist utopia.

What followed was arguably the worst time in Romania’s history. Not only were people deprived of any form of basic freedom, but they had to pretend to like it. They also had to pretend, just like in North Korea, that they saw their president as a deity, a larger than life entity that could basically do no wrong. This turn also had huge economic implications, as Romania was slowly poisoned with the idea that it could be fully self-sufficient, without any commerce with the “evil and decadent” Capitalist west.

The effects of this massive shift were not obvious in the 1970s, but as the decade was approaching its end, the cult of personality was rising and people’s quality of life was degrading at an alarming rate. Capitalism was seen as the enemy of reason and morality, with the regime showing how completely oblivious and removed from reality it was by airing the T.V. show Dallas in 1979 with the hope that the Romanian people would see all the decadence and weak morals of Capitalist regimes and reject their ideology. The effect was, obviously, the opposite of what the noble leader had envisioned, with people craving the “problems” of American millionaire oil tycoons.

The full effects of Romania’s isolationism from the West and its power-mad president were felt in the 1980s. Having borrowed large sums of money to build “The People’s House”, a humongous and largely useless building that required a whole Bucharest neighborhood to be wiped off the face of the Earth, Romania had to follow Ceausescu’s obsession with full self-reliance, which also meant paying off the country’s external debt in its entirety. The only way to do that was through extremely austere measures, with virtually all commodities, from basic ingredients like flour and sugar to indoor heating, being rationed to ridiculously low proportions, in an era that was unironically called “The Golden Age”.

By 1989, people were starving and the country’s extreme policies meant that every product of any kind was made with old technology and was sub-standard. Romanians literally had nothing: the official rations of 300 grams of bread per day and 10 eggs, one kilo of chicken meat, half a kilo of pork or beef, half a kilo of cheese, 100 grams of butter, and one kilo of sugar, oil, and flour per month were not only grossly insufficient for a human being but also mostly missing from store counters. Therefore, to get even a small fraction of that, people had to stand in line for days every month, destroying their health and their spirit in the process.

Then came the revolution. Unlike other neighboring Communist regimes, Romania didn’t enjoy the luxury of a “velvet revolution” and a peaceful transition of power. Ceausescu’s delusion of grandeur was too high, only matched by the people’s thirst for revenge. He was killed on Christmas Day in 1989 following a bloody coup whose details are still not fully known to this day. Countries like Hungary, Czechoslovakia, and Poland had Communist regimes that were much more open to the West and enjoyed peaceful revolutions in 1989-1990, following the decline of the U.S.S.R. Huge stars like Elton John and Queen performed in Czechoslovakia and Hungary in the 1980s. Not only did this not happen in Romania, it was literally unthinkable.


After the initial explosion of optimism came the realization that freedom doesn’t come with guarantees, and freedom from the state also means there’s no nanny state to find you a job and give you an apartment. People who had lived their entire lives as slaves to the Communist state found it very hard to adapt to a world where you are fully responsible for your own actions and well-being. It didn’t help that virtually all government institutions and large companies were run by the people who only months before were part of the Communist regime. Who else would have the capital, know-how, networks, and opportunities to prosper and fill the void of power but the very people who held that power?

Therefore, the decade after Romania gained its freedom was in many ways just as challenging for its people as the one before. Suddenly, the country had to compete at an international level and its currency value was dramatically dropping each day. In the first years after the Revolution, the average earnings were around $60 per month, closer to a third-world African country than a European one.

On a cultural level, however, things were flourishing. Romanians had never lost their spiritual connection to the West and, in the years after the revolution, simply devoured anything that came from left of the border. More than anything, Romanians wanted to connect with the U.S., who had left them in Stalin’s hands just five decades prior. We had craved their lifestyle from the time of “Dallas” and virtually every famous American movie and TV show from the 70s onwards was shown on Romanian television in the 90s. By the end of the decade, Romania had reconnected with the West, but it had more American values than European ones.

Rebirth of a Nation

Romania’s second decade of freedom will forever be known as the time when it was finally properly reattached to its Western neighbors. Joining NATO in 2004 made the country safe for foreign investors, and then joining the EU in 2007 allowed other European countries to cheaply invest and do business with Romanian companies. Being a part of the European Union also meant that Romanians were finally able to travel everywhere in Europe without requiring a visa. As incomes were growing, more and more people were able to visit the Europe they had craved for decades.

The free movement came with many obvious advantages, as Romanians could see for themselves how things work in functional economies. The influx of foreign business into Romania meant that local workers and managers had a clear roadmap to success in business, imported from companies that were based in countries that had experienced many post-WWII decades of trial and error. This meant they were miles ahead when it came to proper management, business planning, employee work ethic, and virtually anything else that makes a business successful in a free market.

Romania became Europe’s fastest-growing economy in the years before the economic crisis and regained its upward trajectory after the recession passed.

The light at the end of the Red Tunnel

Not everything is great in today’s Romania. The issues that were left after the fall of the Communist regime are not entirely wiped out: many of the former Communist leaders or their lackeys are still in or near power, large parts of the population demand that the state acts as their babysitter, and seeing European tourist attractions has created an inferiority complex in the hearts of many Romanians.

Romania is still one of the poorest countries in the EU, but that is equivalent to owning the cheapest house in Beverly Hills: it only affects you if you compare yourself to your nearest neighbors. However, this inferiority complex still infects a huge proportion of Romania’s people, especially its youth. As things gradually got better after 1990, Romanian opinion of their own country got worse, to the point where nowadays every flaw in its system or any negative action by a Romanian is instantly branded as “typically Romanian” or “only in Romania”, showing naivety and ignorance regarding other countries’ problems. Romanians dream of a Paris-like Bucharest but conveniently forget the huge levels of violent crime in the French capital and the relative safety of their own. People compare the Europe they see in movies and city breaks to their own everyday reality and, obviously, reality loses.

No matter what the current perception is among its people, history will rate Romania’s rise over the past three decades as a miracle and an example to other countries. Going from the absolute hell of a North Korea-like society and economy to what is now a prosperous and free country in such a short time, in historical terms, could only be achieved with a strong culture and an openness to competing in a free market Capitalist system.

The lesson that developing countries could learn from Romania’s ascension is that, along with the transition to a free market economy, low crime and stability are the pillars on which any society can grow and prosper. Even in the dark days of the 1990s, Romania’s crime levels remained relatively low compared to other impoverished nations, a testament to the country’s Christian roots and culture. Also, even in the dark years of transition from communism to freedom, despite the abject poverty in some areas, Romanians were never tempted to go back to an extremist regime and always treasured their new-found freedom.