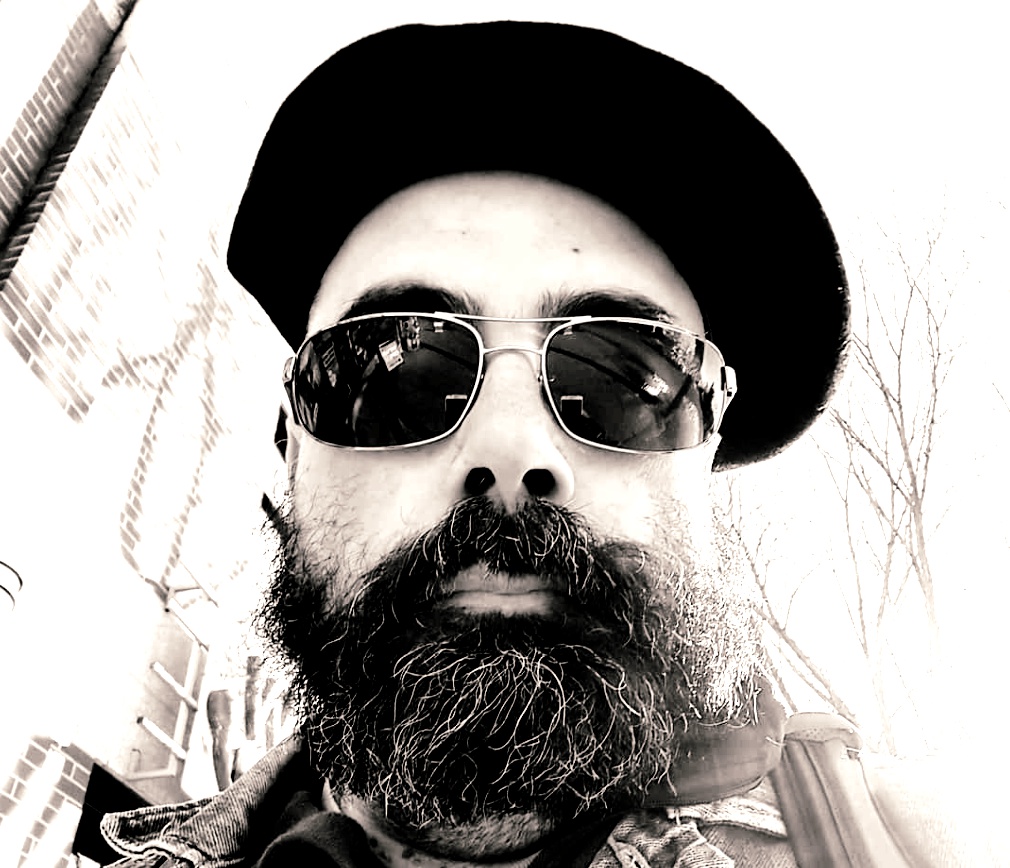 Sam is an academic librarian in Canada, and a doctoral student in political science.

In the current stage of capitalist society, professors and faculty members have become part of a stratum of privileged workers known as the aristocracy of labour, due to their transformation from an ecclesiastical class of non-workers into a class of intellectual labourers. This “aristocratic” position within capitalist society makes it difficult – if not impossible – for them to strike in order to change their working conditions.

Disclaimer: In order to properly understand how the scientific publishing ecosystem works, we suggest readers with no academic background to read the following articles:

1 – “The scientific publishing lobby: why science does not work”
2 – “How journals kill scientific romanticism”
3 – “The House of Cards: on meeting Randy Schekman”

Academic workers today are faced with a number of challenges. “Academic restructuring” seeks to dismantle higher education institutions and replace them with profitable job training centres. In the West, where doctoral education is typically seen as a credential to become a faculty member, PhD graduates find themselves unable to get full time, permanent, tenured positions within higher education, thereby creating a “reserve army” of unemployed academics. The system by which academics achieve tenure or get promoted within universities, as well as the reliance of private corporations – especially in the areas of scholarly publishing and educational technology – maintain and perpetuate these conditions. In other words, the university system itself creates unequal and exploitative conditions for most academic workers, while benefiting a small minority. Attempts to transform this system, for example to change the landscape of commercial scholarly publishing, are always at risk of turning into toothless reform movements or are immediately co-opted into profitable channels for commercial publishers themselves. In this article, I want to sketch some of the connections between the tenure and promotion system, scholarly communication, and academics as a privileged class of worker to try to understand the limits of any ability to change the system while working within its constraints.

In Canada and the US, as part of larger anti-racist and anti-police-brutality protests, NBA players withdrew their labour and went on strike in August 2020. In order not to fan the flames of protest, NBA team owners and the media called the strike a boycott, in other words the withdrawal of consumer-power, not the withdrawal of labour-power. At the beginning of September 2020, in solidarity with the strike by athletes, a “Scholar’s Strike” took place across North American campuses. The “Scholar’s Strike” involved teach-ins and presentations focused on race and racism in North America – in other words, educational activities continued. In addition, in some universities, “striking” academics simply reorganized their work time in order to participate, or were forced by their university to take vacation time. This, while the “Scholar’s Strike” called itself a strike, it did not in fact involve the withdrawal of labour-power. While the teach-ins and presentations were immensely valuable from an educational and solidarity perspective, they did not jeopardize or obstruct the actual business of the universities. To call a strike a boycott is ideological self-defense; to call teach-ins and public lectures a strike is co-opting the radicality of a strike in the name of the status-quo.

Which raises the question, “can academics strike”?

The genealogy of academic workers

European universities were originally ecclesiastical institutions, and their faculty members were drawn from (and trained new members of) the clergy (1). With the development of capitalism, they became less and less ecclesiastical, yet they remained members of a non-labouring class, paid for out of the surplus value produced by workers. It was only after the Second World War, as industrial capitalism mutated into its military-industrial form and scientific innovation became harnessed to progress and profitability, that universities were integrated into capitalism as such. In a recent article on this process, Cecilia Rikap and Hugo Harari-Kermadec note that at this stage universities became “active participants” in capital accumulation (2).

In this period, however, the universities were only formally subsumed under capital, such that while their conditions of work remained the same, research and teaching became more geared towards industry, where they were used not only to discover new industrial processes and techniques but also to increase efficiency and deepen management’s control over labour. As a result, while the universities were turned into sources of knowledge for the purposes of capitalist progress, faculty members continued to organize themselves much as before, and to think of themselves as detached from the processes of capitalist production and reproduction: in short, they did not think of themselves as workers.

In Marxist theory, factories originally only brought independent workers together under one roof without changing how they worked. For example, a factory of weavers would bring many weavers into the same location, but each would weave independently of the others. Marx called this process the phase of formal subsumption. After this comes the phase of real subsumption, in which the ways workers actually do their work is sliced up and rearranged to be more efficient, increasing productivity in order to drive up profits. Using the weaving example, this would involve setting each weaver to work on a small part of the whole weaving process, turning many independent weavers into stations on a single assembly-line. In the past, this has meant adding Fordist and Taylorist production discipline to factories, the introduction of precarious and piece-work conditions, and the use of a reserve army of the unemployed to bring wages down and increase competition between workers for jobs. We are witnessing all of these things in academia today: the rationalization of labour processes, through benchmarking and reorganization of labour; the replacement of full-time, salaried faculty with part-time precarious positions (and the consequent chilling effect on academic freedom), often working short-term contracts for decades in the hope of one day gaining a full-time permanent position; and in the graduation of more PhDs than the system can absorb, resulting in an industrial reserve army of scholars and academics, unable to find work, except on precisely this precarious and short-term basis.

Rikap and Harari-Kermadec note that the proletarianization of academics has resulted in the same effects on working conditions seen in other industries: “Casualization, precarious working conditions, and an extreme focus on individual performances foster competition (to retain and obtain the scarce permanent positions or relatively good jobs), raises mental illnesses, and weakens workers’ position in class struggle”. These results disproportionately effect white women, people of colour, and other marginalized people (3, 4).

The competition fostered in the new “teaching factories” (the expression is Marx’s) makes the tenure and promotion process a site of class struggle: it is there that a proletarian may gain admittance to the aristocracy of labour which academics have become under neoliberal capitalism.


The aristocracy of labour

The upper strata of academics refuse to see themselves as workers at all. They think of themselves as outside the antagonisms of labour and capital, and immune from the pressures of capital accumulation at all.

In this framework, whether they knowingly identify with the rich, the capitalists, or the 1% or not, the values, perspectives, and worldviews of the academic aristocracy of labour often coincide with them. These values include the sanctity of private property, reform rather than radical change, representative democracy, etc. It is this way of thinking that divides academics from other workers, to the extent that workers have to subscribe to these views in order to become academics. The liberal reformist character of the labour aristocracy – academics, in this case – is only partly related to wages (though the higher wages among some academic obviously plays its part). What is more important is the ideology that constitutes academia, which serves to obscure the fact that most academics are now precarious, contract, gig-workers.

One of the consequences of this lack of class-consciousness on the part of academics is a misunderstanding of the relationship between their work and the university. Until recently, academic labour was outside the labour-capital relationship and did not contribute to the production of surplus-value. Academic work was recognized as useful, irrespective of its exchange-value. The withdrawal of labour, in that context, would have been the withholding of something socially useful, something valuable in and of itself, and the only result would be less research, teaching, or education.

Now, however, with the subsumption of academic labour under capital, the withdrawal of labour would have the same effect as any other strike: blocking and jeopardizing the production of surplus-value and profit. But the bourgeois, elite ideology of the labour aristocracy forces academics to continue to see their labour power in terms of use-value alone, not exchange-value. This explains why in the recent “Scholar’s Strike” in Canada and the United States to support the BlackLivesMatter protests, academic labour was not withheld, but simply took place in a slightly different context.

Scholarly publishing and the Prestige Economy

The prestige economy of tenure and promotion binds academics not only to the commercial publishing sector more broadly, but to the journals considered to have the highest impact, influence, or prestige. Tenure and promotion, with scholarly publishing, therefore create a vicious circle of surplus-value extraction from academic labour. Additionally, commercial scholarly publishing can be understood as a means to funnel public money (publicly funded research) to private corporations; it is a mechanism of the redistribution of capital from public to private hands. Such a circle can only be broken, as the history of socialism tells us, by the withdrawal of labour, the only leverage workers have short of revolution.

As with the Scholar’s Strike, however, it is difficult for academics to come around to the idea of withholding their labour from commercial scholarly publishers. In this view, “transformative agreements” – which seek to move a publication from closed to open-access over time – are a reformist substitute for the withdrawal of labour. Open-access, like all “free and open” movements under capitalism, is easily co-opted to the requirements of capital, put to use in the production of profits. Article-processing charges (APCs) – sometimes in the multi-thousand dollar range – are an example of this.

There have been cases of the withdrawal of labour, of course: it is always possible to achieve class-consciousness, although the obstacles are many. In 2015, the entire editorial board of the Elsevier-published Lingua journal resigned and started their own open-access journal, Glossa. Similarly, in 2019, the editorial board of the Journal of Informatics – also owned by Elsevier – resigned “in protest over high open-access fees, restricted access to citation data and commercial control of scholarly work”. Elsevier’s profit margins are typically around the 40 % range, directly profiting off publicly-funded research and scholarship.

Withholding labour must be a valid approach to transforming the scholarly communication infrastructure, but this must be understood as part of a total transformation of the prestige economy of tenure and promotion. Whether, as an aristocracy of labour, today’s academics can conceive of the strike as of more benefit than deferring to collegial governance remains to be seen; but if they do not, then precarity and proletarianization of academic labour is likely to proceed apace, until such time as the next generation of absolutely proletarianized intellectual workers are forced to realize their class position, and take appropriate action.

Rather than attempting to hold on to old privileges left over from pre-neoliberal days, academics should seek common cause with other workers. They should recognize what they have in common with labour, rather than focusing on their unique and privileged position. In a world of mass proletarianization and unemployment, made worse by the global pandemic, to insist on the privilege of tenure, high salaries, and collegial governance does not just miss the point: it is actually harmful to the solidarity of a labour movement in which academics must now find a place.