The status of Arab women in Israel 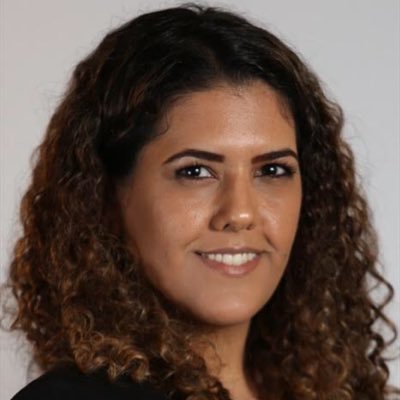 Anwar is native of Umm Al Fahem and she is Assistant Professor at the Department of Political Science, Stonehill College, MA. Twitter: @mhajneam

The status of Arab women in Israel is witnessing steady improvement: in the last few years, there has been a significant growth in their levels of education, a vital tool for self-determination and amplified autonomy. However, this progress is happening at a slow pace due to societal structures and state institutions designed to undermine Israel’s Arab minority. To improve Arab female status in Israel, the state and community leaders need to cooperate in order to reduce the obstacles placed on women’s advancement.

Coming from a Muslim Arab family in Israel, I am astonished by the rapid changes in the status of women in Israel’s Arab community. But despite this, patriarchal norms are still persistent among large sections of Arab society, due to societal structures and state institutions designed to undermine the Arab minority in Israel. To understand the forces hindering Arab women’s advancement, it is vital to contextualize the situation of Arabs as an ethnic minority, including their history and present reality.

Arabs in Israel constitute about 20.6% of the population (1): the majority of them are Muslim, but the percentage also includes a minority of Christians and Druze. Since the establishment of the State of Israel in 1948, Arab society has undergone many transformations, especially after the end of the military government in 1966, which controlled the political, economic and social aspects of the lives of the Arab community. Furthermore, Israel’s land expropriation efforts resulted in the transition of the Arab workforce from self-reliant farmers to hired labor (2): as a consequence, Arab society became financially dependent on Jewish society.

In Israel, Arabs are living in conditions of poverty: their residential areas are suffering from underdeveloped infrastructures and housing shortages, and the rates of unemployment are high (3). Moreover, various discriminatory policies meant to preserve the Jewishness of the state have created prejudiced structures hindering the progress of the Arab community. One of the most recent examples of such policies is the Nation-State Law passed in 2018. Also, statements made by right-wing Israeli politicians have exacerbated the perception of Arab citizens as inferior. For example, on March 8th 2020, a member of Knesset Israel Katz stated in a radio interview that the Joint List Knesset members are “terrorists in suits or supporters of terrorists in suits”. The joint list is a coalition of majority-Arab parties representing the Arab community of Israel.

From an early age, Arabs in Israel question their personal identity: while having the norms and values of Arab society imposed upon them, they are frequently exposed to Jewish culture and institutions, which constantly remind them of their inferiority status. This can result in feelings of fear, insecurity and confusion, and in response many push to preserve their traditional and patriarchal structures to protect the community against Western influence. This directly affects women’s status because women are viewed as cultural and religious preservation sites, as well as reproduction sites: the regulation and control of women’s bodies becomes a way to preserve family honor. Arab women are taught from childhood that their sexuality is their family’s property rather than their own. These dynamics affect women’s access to education, employment, position in society, and representation in politics: only eight Arab women have ever served in the Knesset since Israel’s first national elections in 1949. This small number could be attributed to both political and societal influences.

An explanation for Arab women’s underrepresentation in politics is to be attributed to sociocultural and religious factors. Traditionally, a woman’s place was restricted to the domestic sphere due to misinterpretations of religious texts. However, political conditions resulted in strengthened popularity of Islamist religious groups. The most notable events are the formation of the Muslim Brotherhood in the 1920s, the defeat of Arabs against Israel in the Six-Day War, and the Iranian revolution of 1979. These events allowed Islamists to use the failure of secular regimes and the success of an Islamist revolution in Iran to garner more popular support in the Middle East and North Africa, including among the Arab population inside Israel’s borders. This resulted in the formation of the Islamist movement in Israel in the 1970s.

Another explanation is found in the nature of Israel as a Jewish state: the first two decades after the establishment of the state witnessed low political activity of Arab women compared to the period before the state’s existence (2). The military government was a critical barrier to the development of independent female organizations because it prioritized the national struggle over achieving equal rights for women (4). However, the end of the military government and the passage of the compulsory education law enacted in 1949 has contributed to the ongoing increase in the educational level of Arab women: research has linked education as a key factor in increasing political participation. This rise in the level of education reinvigorated women’s political activity. The women who attended higher education institutions in the 1970s and early 1980s later became the key players of female equality and political movements in the 1990s (2).

The educational achievements of Arab women in Israel have improved dramatically in recent years, managing to surpass that of men. The percentage of women in the school system was 18% in 1948, 38% in 1970, and 48% in 1991 (5).The number of women with college degrees increased from 5.2% in 2001 to 10.6% in 2008 (5). A key factor to these accomplishments is the fact that women view education as a vital tool for self-determination and amplified autonomy. Moreover, it also increases the woman’s value in the “marriage market,” meaning that she will have more marriage proposals (5).

Contrary to the significant development in Arab Israeli women’s education, their employment rates have been lagging behind. Their current employment percentage is 26%, lower than in the surrounding Arab countries and paling in comparison to the 73% among Jewish women (1). One explanation is found in the limited opportunities for Arabs in general in the labor market on account of discrimination. Some jobs are restricted from Arabs due to security concerns. Other jobs require military service, which is a problem for Arabs who refuse to serve in the Israeli military due to ideological reasons. Another explanation is that women’s low employment is related to deeply rooted patriarchal norms in the community. These norms influence the type of degrees women pursue. For example, most educated Arab women work in traditionally female-dominated fields such as teaching and social welfare.

Moreover, it’s expected of women to prioritize the fulfillment of their obligations as mothers and wives, which pressures women to leave their jobs. Failure to comply with these traditional gender roles is perceived as a reflection of a woman’s inability to manage the well-being of her own family, and is thus regarded as socially intolerable and worthy of punishment. This contributes to the high rates of domestic violence in the Arab community in Israel. According to Knesset data, one out of four women in the Arab community has faced verbal and physical gender-based violence in 2018. Half of the women killed by their partners or family members in 2018 were from the Arab community, even though Arabs constitute about 20% of the entire Israeli population.

However, blaming the high murder rates on culture alone is problematic: it downplays the State’s role and responsibility to combat such violence. Despite the high level of gender-based violence in the Arab community, the state did not invest substantial effort to address this issue, and it is lagging in holding those responsible for the murders accountable, with only a 20% success rate. According to a Knesset study, half of the women murdered in 2018 were on the State’s radar through social services. The police force and the legal establishment are also to blame. The police do not have enough Arabic speakers to respond to complaints filed by Arab women adequately. Additionally, there are not enough shelters available for battered Arab women. This displays a systemic problem in dealing with gender-based violence.

One thought on “The status of Arab women in Israel”