The European way for Romania 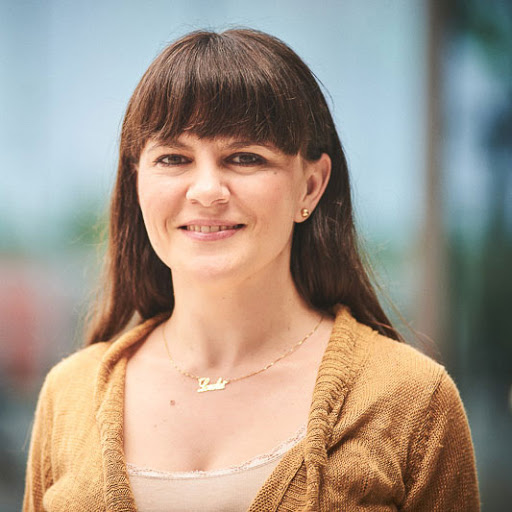 Lorelei is a Romanian journalist. She works for the Romanian National Television and is a contributor @bbcnews and @euronews.

For more than a decade, Romania has had no extremist movements in power: the last time a far-right party had parliamentary representation was in 2008. A new nationalist party, brought onto the political scene during the recent election, might shape the way Romanians see themselves within the European Union.

In Romania, it is already a cliché to say that it is a country of contrasts and contradictions. This lack of consistency between words and actions makes change difficult. And big changes are still needed for a nation that became free 31 years ago after almost half a century of communist dictatorship.

In January 2017, Romania saw its biggest protests since the fall of communism. Thousands took to the streets after the government passed an emergency ordinance that critics said would have helped corrupt politicians escape justice. The mass gatherings came soon after the parliamentary election in December 2016, when 39.49% of people voted and the Social Democratic Party (PSD) secured the most votes. The protests against the social democrat government continued throughout the years, and in the summer of 2018, even Romanians living abroad travelled to join them. They witnessed national institutions using violence and tear gas to disperse the calm and legal protesters.

The general perception was that the social democrats only managed to earn the majority of votes because many people didn’t go to the polls.

Four years later, at the end of 2020, Romania again held a parliamentary election. This time, there was a historically low turnout of 31.84%. The social democrats again won the election. However, as the party didn’t have a majority in parliament, this time the government was formed by a coalition between the liberals and the reformist alliance USR-Plus.

Researchers failed to clearly explain who the people who constantly decide not to use their democratic right are, nor why they choose to abstain. They only guess that such people believe that “all parties are the same” and “we can’t change anything.”

Nevertheless, a big surprise emerged from the latest elections – an unknown far-right party, the Alliance for the Union of Romanians (AUR). Created in September 2019, it grew in only a few months from 0.77% to 9%, which secured them positions in the current parliament.

The far-right party grew in a European context in which extremist movements were on the rise. It built its propaganda on an anti-system discourse, including speeches against wearing masks and the measures taken by the authorities because of the COVID-19 pandemic, and on calls for the respect of national values. With almost zero visibility in the public debates and with limited face-to-face interaction with their supporters, due to the measures to contain the pandemic, AUR almost exclusively used social media like Facebook and YouTube, to spread their messages during the campaign.

The elections over the last few years have revealed totally different results between the Romanian diaspora and inside the country. Inside Romania, the social party won the elections: outside, people had split their votes between the liberals and the USR.

In the 2020 elections, the extremist party AUR had a shock success, voted for by more than 25% of Romanians living abroad.

In Italy, one of the countries with the biggest Romanian community, they even won the elections. But how did they manage to mesmerise the Romanians living abroad?

For a long time, the Romanian diaspora felt left behind by all politicians and parties.

However, they were remembered by the opposition parties during the 2020 election period.

The first waves of Romanians moving abroad were skilled workers who, after a certain period, typically wanted to go back or retire to Romania. Not fully integrated into the countries they were living in, they felt like they didn’t belong. For the families at home, many times they represented only a paycheck. The government was happy to report economic growth with little effort and thanks to the money sent back to Romania by its diaspora. For the ruling party at the time, they represented a threat, because they were less likely to be manipulated. During a few election processes, they were humiliated and obliged to queue for long hours in front of embassies and consulates to vote. Their voting participation was higher than the people going to the polls inside Romania.

When the COVID-19 pandemic struck, nobody needed the diaspora. The prospects showed that many Romanians losing their jobs abroad would come back to their home country. Public speeches, from both politicians and ordinary people, were clear for those previously seen as the saviours of the election or of the economy: don’t come back into the country to spread the virus.

The new AUR party gave them a sense of belonging and pride, emphasising “sovereignty”. Some voted just as an alternative, as all the other parties have constantly disappointed them.

In 2015, 3.4 million Romanians were living abroad, according to UN estimations. During the last 25 years, the country lost 17% of its population. Romania saw the biggest migration rate after Syria, and is first in the world in terms of migration from a non-war area.


National values within an EU context

Despite the rise of nationalist views, Romanians have kept a strong pro-EU attitude.

In October 2020, during the last Eurobarometer, 71% of Romanians declared themselves totally optimistic about the future of the European Union. More than 54% declared they trust the EU institutions, compared to a 34% trust in the national government and 27% in the national parliament.

While many times the discourse in Romania was one of “we won’t sell our country”, Romanians elected a president from the German minority. Furthermore, during the last local elections, Romanians voted for a German national to become the mayor of one of the biggest cities, Timișoara, where the Romania revolution against communism started in 1989.

Nevertheless, the fast rise of a nationalist party, growing significantly in a very short period and managing to get the votes of a radicalised diaspora that traditionally voted for pro-European parties, could lead to more Euroscepticism. The pandemic and its consequent crisis could also predictably reduce the optimism about the EU. These trends also depend on how Romanians both inside and outside the country experience this crisis in a European Union that promises no one is left behind.

Or perhaps, this time the Romanian contradictions will prove helpful: while nationalism increases, the people will remain unable to imagine their dreams fulfilled anywhere else than inside the European Union.