The rise of audio storytelling 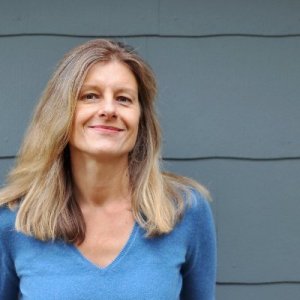 Ashley Milne-Tyte is a radio reporter and host of the podcast The Broad Experience.

Before there were podcasts, there was radio. Audio storytelling got its start there, but in the last few years it has ceded some ground to podcasting, as the quality of podcasts has shot up and more of us have embraced on-demand listening. As podcasts have exploded in popularity, millions of listeners have devoured stories through their earbuds, and they’re eager for more. Still, radio is unlikely to become irrelevant. Not only does it give us stories that can connect us to our local communities, it’s always there for us.

I grew up with the sound of the radio. There was a small radio in almost every room of my house, invariably tuned to the BBC, and sometimes my parents would shush us with, “We’re listening!”. At the time nothing about it appealed to me. TV was cool, the clipped tones of a BBC news reporter were not.

Years later I moved from England to the U.S. and my relationship with radio changed. I came across public radio in my years of living in New York and became hooked on the storytelling I heard every day – so hooked that I wanted to do it myself. In my early thirties I switched careers and ended up working in public radio as a reporter, telling stories for a living.

Storytelling is one of the oldest art forms in the world. Hearing a story, with all its elements, helps us make sense of our own lives. We can’t help being drawn in by a narrative spun out over minutes, with the sound of a human voice at its centre. Telling a story is equally thrilling: the power is in your writing, your narration, your voice.

In the U.S., audio storytelling gained popularity largely because of groundbreaking public radio shows such as This American Life and Radiolab. They featured intense, skillfully produced and edited stories centered on at least one character, often with exquisite sound design, told in such a way that you couldn’t switch off. In America they talk about the thrill of a “driveway moment”, which is when you can’t get out of your car after arriving home from work, so compelling is the story on the radio. I didn’t have a car, but I was glued to my radio anyway. In the largely analog late 1990s I heard a This American Life story I loved so much, I told myself I had to hear it again. The only way to do so was to buy a copy of the episode. So I did – on cassette.

When I started in radio in the early 2000s, the digital world was more advanced. Podcasts existed but they were mainly the province of tech types. A guy or two would talk about their favorite technical topics over Skype and publish the conversation on the internet. Then in 2005 iTunes added podcasts to its digital music offerings. There was now a library of podcasts right there for anyone with an iPod to access and download. Broadcasters jumped on it. Companies like the BBC, Canadian Broadcasting Company, and U.S. public radio networks were now releasing their programs as podcasts as well. Suddenly you didn’t have to be there when the show aired live, you could take it with you and hear it on the go.

Late in 2005, the Oxford American Dictionary chose “podcast” as its word of the year.
But it took ten more years for podcasts to truly take off. I started my own podcast in 2012, at which time I still had to explain to a lot of people what a podcast was. Two years later This American Life alumnus Alex Blumberg launched the podcast Startup, which chronicled his efforts to get his nascent podcast studio, Gimlet, off the ground.


Startup was irresistibly compelling and drew hundreds of thousands of listeners. A combination of audio documentary and reality show, it featured a central character, the struggling entrepreneur (Blumberg himself) that listeners could easily relate to and root for. It was a new type of audio storytelling, warts and all. Blumberg included tape from awkward meetings with investors, and awkward conversations with his wife. I couldn’t wait to hear what happened next.

Then, later that year, This American Life released the podcast Serial, about a 1999 murder case in Baltimore. The episodes unraveled week by week, with listeners questioning, along with the podcast’s host, whether the convicted killer at the center of the story was in fact innocent. The show was downloaded 300 million times.

Serial brought podcasting to the masses. It was a triumph of audio storytelling, featuring a skilled storyteller as host, deep reporting, multiple characters, and lots of suspense.

In the years since, podcasting has gone from a niche to a fully fledged medium. A lot of this has to do with ease of access. When I started downloading podcasts from iTunes in 2005 I did so on my iPod, which involved syncing it regularly with my computer. Once I – and millions of other people – had a smartphone and a podcast app right there on the home screen, the process was seamless.

There are now an estimated 1.7 million podcasts in existence, and multiple companies that specialize in making them.

As podcasting exploded, it felt like the rest of the world had rapidly agreed with me that audio was the most intimate and creative medium out there.

That sense of closeness and emotionality that you get with podcasts comes from the sound of the human voice. A voice that, as a listener, you come to think of as a friend. You trust it. That relationship originated with radio, but podcasting makes it feel even tighter. The podcaster is going straight into your ears through your earbuds – it’s like they’re in your head. The same isn’t quite true for radio. If the radio is on in your kitchen but the kitchen is full of squabbling family members, you’re not hearing much of the story. Radio can be background noise, but people choose to listen to podcasts. Most often, they’re alone when they’re listening, they’re primed to hear what the podcaster has to say.

I recently interviewed podcaster Erica Heilman. She hosts the podcast Rumblestrip, which she makes at her home in Vermont. The Atlantic magazine named her series of Coronavirus shows, Our Show, created with audio that listeners sent in from around the world, the best podcast of 2020.

“You develop a weirdly intimate relationship with your audience in a way that does not happen in radio, or not that I’ve experienced in radio”, she said. “And I think it’s because people choose to come and listen. It’s not passive listening”.

She’s right. When listeners engage with a podcast, they tend to geek out over it: it’s “their” show. Being told a story, hearing it unspool, is satisfying on multiple levels. Often, as a podcast host, the feedback I get is that a guest whose story I’ve told is “just like me”, or “I felt you were talking directly to me”.

Hearing a particular guest’s struggles or triumphs, being tantalized by what might happen next – or just falling for a particular personality in a podcast – it’s all part of us feeling connected to other people, which is part of being human. And perhaps now more than ever, we need that feeling of connection.

Radio is still a big part of my day, but it is bound by convention in a way podcasting is not. For one thing, it still has to conform to broadcast standards (no swearing on the radio) and strict time slots. Podcasts are narrower and don’t have to stick to broadcasting rules.

This isn’t to say that podcasting cannot also be conventional: some storytelling podcasts could just as well air on the radio, and many do. But others, especially those made by independent podcasters like Heilman, do sound different. They have quirks. They’re personal. They reflect the interests and personalities of the podcaster in a way that radio shows, and podcasts made by big studios, do not.

Radio still has a few billion listeners. It won’t go away – I’d hate it if it did. Radio is live, it can be spontaneous. A podcast by its very nature is pre-recorded, and you often know what you’re getting when you listen to a particular show. But when you’re driving long-distance, twirling the radio dial, you come across stuff you might not normally listen to. You hear things that broaden your perspective, or make you cringe, but that expose you to different music or other points of view. Finding a call-in show from a hyper-local radio station in a small town teaches you about that place and the people who live there. And wherever you live, local radio connects you to your community. It provides you with information and resources every day of the year.

For all these reasons I doubt radio will be displaced by podcasts. A lot of people predicted the demise of radio when TV came along. They were wrong.

We are drawn to the sound of the human voice, and podcasting has expanded our appreciation for the powers of oral storytelling. The pandemic has made us crave connection. Both bode well for podcasting.

But radio will always be there.

One thought on “The rise of audio storytelling ”