Standing at the edge of the crevice: Turkey’s withdrawal from the Istanbul Convention 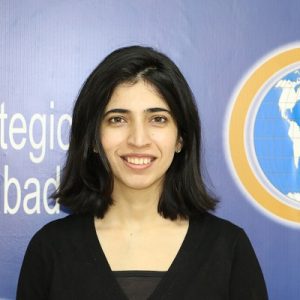 Misbah is a Research Associate at the Institute of Strategic Studies Islamabad (ISSI). She graduated from New York University with an MA in Politics and is a Fulbright Alum.

This op-ed formulates a link between authoritarian regimes and their treatment towards women in light of Turkey’s recent withdrawal from the Istanbul Convention. Highlighting the surge in domestic violence in Turkey, it analyses how women in Turkey deserve better.

The dawn of the 20th March 2021 brought with it an air of shock and disapproval for many women in Turkey, as their country decided to withdraw from the Istanbul Convention in a Presidential decree. The decree was issued at 2 am, and deprived them of legal protection from domestic abuse. It’s ironic that Turkey pulled out of a convention named after Istanbul, one of its own cities. Turkey was amongst the initial signatories of the treaty in 2011. It was the first ever legally binding treaty aimed at preventing, prosecuting and eliminating domestic violence against women and promoting gender equality. It included protection against issues like marital rape and female genital mutilation by demanding the signatory states formulate effective laws and mechanisms against such crimes. Though the Turkish government has announced that a new system, the Ankara Convention, will be devised to ensure the protection of women, the question remains why they scrapped the Istanbul Convention in the first place.

Conservatives in the country argue that the Convention is supporting same-sex marriage and is eroding the traditional family structure of society. However, their main concern lies specifically with Article 3/C, which defines “gender” as the “socially constructed roles, behaviors, activities and attributes” granted to men and women by society. Conservatives view this as an incentive to promote the LGBTQ community and consider it in direct clash with the values of Turkish society.

Turkey’s obsession with conservative values is not new. Last summer, the historic Hagia Sophia in Istanbul – formerly a museum – was converted into a mosque. It was a clear manifestation of Erdogan’s right-wing tilt and autocratic tendencies.

Repressing women is a central form of exercising control for authoritarian regimes across the globe, including Turkey’s neighboring countries. For example, Hungary has refused to ratify the Convention to begin with, while Poland has also withdrawn from it. Treatment of women is thus a common theme amongst autocratic rulers like Orban, Duda and Erdogan.

Feminism is built on a few core demands. One of them is women exercising their autonomy and having control of their bodies. This very notion poses a direct challenge to the coercive and ethno-nationalistic tendencies of authoritarian regimes, as they draw their power from retaining control. In this milieu, whenever women exercise control over their own bodies either by choosing their birth rate or coming together in support of reproductive justice and to fight violence against women and systemic discrimination based on gender, it poses an existential threat to such regimes.


Control and violence from above, at the state level, reflects on the personal level of relations between men and women, pervading all Turkish society where men are allowed and consequently feel entitled to control their partners or other female family members. Coercive control involves surveilling, micromanaging and gaslighting the victim. In such scenarios, the abuser usually questions the victim’s memory, experiences and reality, eventually creating an environment of fear and confusion where the battered woman transforms into a ‘willing slave’. By doing so, female autonomy and control over their own bodies is transferred to their male partners, and they are reduced to mere objects who are there to perform at the whim of their male counterparts. It’s this obsession with control that invites other gender-based crimes into play.

According to the rights group, We Will Stop Femicide, 474 women were murdered in Turkey in 2019. The crimes were carried out by partners, members of the family or men who wanted to establish a relationship with these women. According to the same platform, in 2020 300 women were killed by men and 171 women were found “suspiciously dead”. This means that the actual number of murders committed against women is far more than the numbers acknowledged and reported. The report further mentions that 96 out of 300 women were killed “while trying to make a decision about their own life, such as wanting to divorce, refusing to make peace, refusing to marry and rejecting the relationship”.

Last summer, women across the globe posted their pictures in black and white with the hashtag #ChallengeAccepted in order to render support and solidarity to the victims and survivors of domestic violence in Turkey. Furthermore, in 2019 Vahit Tuna, a Turkish artist, communicated a very powerful message by installing 440 pairs of black high heels on a wall to raise awareness about violence against women. This installation was inspired by the Turkish tradition of leaving the shoes of a deceased person outside their homes. The number of pairs depicted the 440 women killed in sexual or domestic violence in 2018 in Turkey.

Previously, Turkey had devised several legal frameworks to address gender-based violence. It adopted the National Action Plan on Combating Violence Against Women, which revolves around five major goals: legislative arrangements, provision of protection and prevention services for victims, institutional cooperation and policies, and regulations for the implementation of health services. This National Action Plan was based on the guiding principles of the Istanbul Convention: now that Turkey has withdrawn from the Convention, it poses a serious threat to the future of such action plans aiming to protect women. Turkey also adopted Law No. 6284 to Protect Family and Prevent Violence against Women. However, this law too refers to the Istanbul Convention. These laws had many lacunae to begin with: to this day, Turkey does not recognize honor killings and domestic violence as gender-based violence. In addition to these lacunae, withdrawing from the Istanbul Convention opens up a loophole for scrapping laws addressing gender-based violence in the long-term with no end in sight.

What happens when the state responsible for providing safety and security fails to provide it? Mistrust ensues, and angry, beleaguered women, betrayed by their own government, take out their anger on the streets. For how long is Turkey going to allow the “strongman” to make weak decisions about the freedom of its women? The willful negligence on the part of its rulers indicate how they perceive the stature of women in their country. Turkey’s turn towards conservative values calls for robust reforms in its legal framework ensuring the protection of women against gender-based violence. Turkish women cannot continue living like a night to the conservatives’ day, and it is high time for the government to realize it.