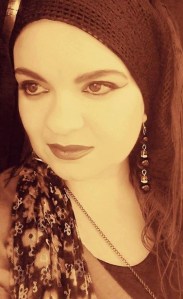 Ramona is an independent researcher, freelance journalist, book reviewer and blogger. Her writing covers a range of themes in relation to Palestine, Chile and Latin America.

The UN’s approach to decolonisation is based upon what former colonial powers are ready to allow, thus placing the colonised at a disadvantage. If the continuation of colonialism, as established by UN resolutions, is a crime under international law, then the colonised should be able not only to resist, but also to own their narratives, in terms of their particular anti-colonial resistance, as well as in support of other anti-colonial struggles across the world.

Passed by the United Nations General Assembly (UNGA) in 1960, the “Declaration on the granting of independence to colonial countries and people” promotes an idealised and generalised end to colonialism without acknowledging the dynamics that are evident at an international level – the former colonial powers continuing to determine the outcome of the colonised. Ultimately, decolonisation, in the UN’s jargon, is bestowed, not taken. This approach has fomented ongoing political violence against subjugated populations, partly due to the fact that the UN has placed the colonised within pre-determined parameters from which to negotiate their freedom.

In the same year, Cuban leader Fidel Castro had addressed the UNGA in New York. His take on anti-colonial struggle departed from the narrative of the colonised. “Colonies do not speak. Colonies are not known until they have the opportunity to express themselves. That is why our colony and its problems were unknown to the rest of the world.” In contrast to the UN’s approach, Cuba’s successful anti-colonial struggle has largely rested upon prioritising and politicising the country’s historical narrative to thwart external influences.

Cuba’s success can be linked to its attention to historical memory and education. Albeit, as described by Fidel in his autobiography, much was lacking in terms of racial discrimination, women’s rights and sexuality. When the July 26 movement commenced its struggle against the US-backed dictator Fulgencio Batista, the revolution was ideologically linked to the earlier Cuban fight against Spanish rule and Jose Martí, who is regarded as the “Apostle of Cuban Independence.” Indeed, Fidel’s defence speech during the Moncada trials in 1953, “History Will Absolve Me”, contains many references to Martí, indicating a continuation of the earlier anti-colonial struggle, as opposed to a detached endeavour. The defence speech also offered a vision of a decolonised Cuba – one that would prioritise education from within the precepts of the revolution to maintain independence from US imperialist interests.

With such foundations, the Cuban revolution was not in need of international guidance regarding its anti-colonial approach, although it sought to cement its political and ideological alliances, most obviously, with the Soviet Union. In 1960, both countries signed trade agreements which enabled Cuba to navigate the losses incurred by the Cuban middle class leaving the island for the US. Meanwhile, Fidel declared the revolution’s allegiance to Marxism-Leninism.   Internationally, and in terms of internationalist solidarity with the colonised, Fidel asserted Cuba’s principles at the UN thus reversing the role of the UN as a guardian of its subjects yet without acting in contravention of international law.

Palestinians have a long history of anti-colonial struggles that commenced before the 1948 Nakba, when Zionist paramilitaries ethnically cleansed Palestine to make way for Israel’s colonial project. Throughout the decades, and notably since the Oslo Accords the Palestinian anti-colonial struggle has been thwarted and mellowed into a string of diplomatic requirements, each resulting in irreparable loss of land for the Palestinian people. The Palestinian Authority (PA), an internationally-funded body that collaborates with its donors and with Israel, prevents a unified resistance from taking shape. Hence, Palestinian historical memory, despite its strength, cannot be utilised as part of a revolutionary approach to decolonisation, because its leadership has endorsed the two-state paradigm, itself a derivative of the 1947 Partition Plan, none of which challenge Israel’s myths of land ownership.

Unlike Cuba, therefore, Palestine has been facing an ongoing deteriorating situation where the international community utilises international law to enact non-binding resolutions affirming the Palestinian right to independence, while ensuring that Israeli colonisation is protected. One example of how the UN works in favour of Israel is the wording of the UNGA Resolution 194(11) concerning the Palestinian right of return, which affirms Israel’s colonial presence and requires Palestinians to accept living in subjugation.

While the Trump administration may have temporarily, and inadvertently, caused the spotlight to shift from Israeli supremacy to the plight of the Palestinian people, the international community still failed to go beyond the usual condemnations of Israeli aggression. The UN managed to pit the US “deal of the century” as a threat to the two-state paradigm – a tactic adopted also by individual governments and by the PA itself. As long as the two-state politics continues to steer international discourse on Palestine, Palestinian resistance will not be defined as anti-colonial struggle. As a result, Israel’s security narrative continues to take precedence in the international arena.

Palestine’s regional and international isolation has been exacerbated as a result of the Abraham Accords, which brokered the normalisation of relations between Arab states and Israel. Such diplomacy illustrates how former colonial powers, now influential UN members, fail to treat Israel as a colonial state. With the Palestinian appendaged to the two-state politics, anti-colonial struggle is becoming an isolated action, and more difficult to perceive as a right of the colonised populations suffering territorial loss and displacement. Thus, different anti-colonial struggles elsewhere are not perceived as having a common goal.


Criminalising anti-colonial struggle as a terror activity is a problem not only faced by Palestinians, but globally by other marginalized groups resisting colonial legacies, such as the Mapuche communities in Chile. The latter’s history of territorial loss is tied to the Spanish colonisation of the Araucania region, which was compounded when the Chilean state established its independence and proceeded to militarise the region in order to conquer the territory – a bloody period that in state narratives is known as the “Pacification of Araucania”, but which spelled the ethnic cleansing of the Mapuche people from their territory. Augusto Pinochet’s dictatorship from 1973 to 1990 resulted in further loss of political and territorial rights, when laws were enacted that refuted the existence of the indigenous communities: “the divided lands will no longer be considered indigenous lands, and the people living on those lands will no longer be considered indigenous”. In Chile’s democratic transition up to this day, the anti-terror legislation enacted during the dictatorship has been used to quell Mapuche resistance, regardless of the government’s political leanings.

Both the Mapuche and the Palestinians have faced an ongoing deterioration of their rights when it comes to control over ancestral territories, education, healthcare and the provision of basic necessities. The Chilean state’s emphasis on industrialisation has exposed Mapuche communities to violent raids, land and water theft – consequences which the Palestinians people have similarly experienced as a result of Israel’s ongoing settlement expansion. Systematic acts of violence by the state against Mapuche children and Palestinian children have also been recorded. Exceptional cases in Chile and Palestine make news headlines; it is through such instances that one can grasp the severity that statistical data inadvertently conceals.

A common feature of both the Mapuche and Palestinian oppression is the increased militarisation and state surveillance. Chile is one of Israel’s main buyers in Latin America – a trend that also has historical roots tied to the Pinochet dictatorship. Israel’s military technology, tested mainly upon Palestinians in Gaza, has been exported globally. Chile’s purchase of Israel’s military technology is particularly used against the indigenous population to quell resistance activities.

As internationalist solidarity loses its significance, anti-colonial struggles worldwide become dissociated in terms of sharing a common goal of liberation. The Second Declaration of Havana (1962) noted the common conditions of exploitation and declared the Cuban struggle as common to other people or nations resisting exploitation. The UN, on the other hand, adopted a piecemeal perspective of each struggle on its own, even as the collective international body holds the power to control anti-colonial struggle by suppressing the very right it legitimises in the UNGA Resolution 3103.

The politics and practice of state violence against the colonised are well documented. While the UN describes decolonisation as “the world body’s first great success”, the UN has upheld different parameters when it comes to colonialism and state violence. Dealing with states such as Chile without addressing its militarisation of indigenous lands, or Israel, which has been spared being singled out as a colonial enterprise on stolen Palestinian territory, has contributed to ongoing oblivion in terms of self-determination, collective memory and independence. The perpetual international appropriation of resistance narratives is an indication that Palestinians and the Mapuche first need the space to articulate their narratives and derive their liberation from within, as Cuba did in its revolutionary process.