Brazil’s vaccine shortage: Has the government been negligent? 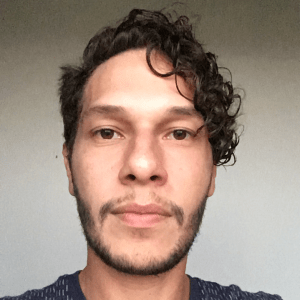 Lobato is a freelance journalist pursuing a Master's degree in Communication Sciences in Lisbon. He also writes for Global Voices and The Progressive Magazine.

Brazil has historically been a role model in vaccination campaigns. However, it has struggled to vaccinate its population against COVID-19 and has suffered more deaths in the pandemic than any country except for the United States and India. Had the Federal Government taken the pandemic more seriously and prepared for it properly, the crisis could have been averted and hundreds of thousands of lives saved.

Epicenter of the pandemic in Latin America, Brazil is in danger of suspending its already slow vaccination campaign for lack of COVID-19 jabs. This problem could have been avoided if the Brazilian government had not refused dozens of formal offers made by pharmaceutical companies to supply the vaccines.

Since the first COVID-19 cases, Brazilian President Jair Bolsonaro has repeatedly tried to minimize the pandemic and repeal measures of social isolation. He has described COVID-19 as a “little flu” and called people who followed lockdown orders ‘idiots’.

In addition to minimizing the pandemic, Bolsonaro has promoted unproven alternative therapies. These include chloroquine, ivermectin, azithromycin and doxycycline. As recently as January 2021, the Brazilian federal government had already spent more than 15 million dollars on ineffective COVID-19 drugs.

Bolsonaro also defended the use of hydroxychloroquine nebulization, which has no scientifically proven effectiveness. Worse, some patients died after undergoing this procedure. Using these drugs for COVID-19 was so popular in Brazil that even Brazilian companies started to distribute the “Covid kit” to employees.

Indeed, the Brazilian Health Ministry – which has had four chiefs since the start of the pandemic – only removed the recommendation for treating COVID-19 with chloroquine 337 days after it was first published, and only after the Senate opened a probe into the Government’s response to the pandemic. According to data from John Hopkins University, Brazil has lost 450,000 people to the Coronavirus.

The first vaccines approved for use in Brazil were the Coronavac and AstraZeneca. However, the Federal Government ignored multiple offers to supply them before their approval in January 2020. Also, Brazil only participated in the Covax Facility of the World Health Organization (WHO) on the third invitation.

At the beginning of the pandemic, the Brazilian Butantan Biological Institute, affiliated with São Paulo’s state government, made a partnership with the Chinese drug manufacturer Sinovac Biotech to develop and test the Chinese Coronavac vaccine. Due to political disagreements with the São Paulo government controlled by Bolsonaro’s political opponents, the Bolsonaro government delayed signing an agreement with Butantan and bet on vaccinating all of Brazil’s 210 million people with only the Oxford/AstraZeneca vaccine.

Butantan started production of the vaccine in December 2020, the Federal Government finally signed a contract with Butantan on January 8th, and Coronavac was approved by Brazil’s national sanitary regulator, Anvisa, on January 17th. The Senate Probe has been investigating why the Bolsonaro Government declined at least six offers to supply Coronavac since July 2020 and why it delayed signing the agreement with Butantan until January 2021.

On 17th January, the same day it approved Coronavac, Anvisa also approved the Oxford/AstraZeneca vaccine, manufactured in Brazil by the Oswaldo Cruz Foundation (Fiocruz) and linked to the Health Ministry, using material from India and China. Both received authorization for emergency use, and the Brazil vaccination campaign kicked off.

The Bolsonaro government ignored at least five offers made by the American laboratory Pfizer, even when other Latin American countries such as Chile, Mexico and Costa Rica started their campaign with its vaccine. In August 2020, the company offered to make up to 70 million doses available to Brazil to be delivered from December. According to the American pharma company, Brazil had priority in receiving doses because it had participated in the vaccine tests.

Anvisa approved a definitive registration of the Pfizer/BioNTech vaccine in February 2021. The American immunizer is the first one to obtain this type of authorization for mass use in the country. But only in March did the Brazilian government sign a contract for 100 million doses with the company, scheduled for delivery by September.

So far, only one million of these jabs have been received. The Health Ministry is negotiating the purchase of another 100 million to be delivered before the end of 2021. Pfizer says that if the first contractual offer had been accepted, Brazil would have received 18.5 million doses by June, without considering possible delays in deliveries.

At the Covid Probe, Army General Eduardo Pazuello – the health minister who served the longest term during the pandemic – said the government only accepted Pfizer’s seventh offer because it disagreed with the terms of the earlier contracts. However, the pharmaceutical company said the conditions offered to Brazil were the same as those negotiated with at least 110 countries.

While the dealings with Pfizer were delayed, Brazil prioritized the purchase of the Indian vaccine Covaxin, paying about 30 percent more for each dose compared to a Pfizer vaccine. In February, the government made a deal of more than 300 million dollars for Covaxin, which was denied under emergency use by Anvisa, due to health risks and lack of quality control after Brazilian agents visited the laboratory in India. The 20 million doses reserved by Brazil should arrive only after Anvisa’s approval.

So far, Brazil’s vaccination campaign is using Coronavac, Oxford/AstraZeneca and, to a much lesser extent, Pfizer. All of them require two shots. This means the country needs about 420 million units to immunize the entire population – if children are also included, for whom vaccines have not yet been approved.

According to Our World in Data, until June 4th, 72 million COVID-19 vaccines have been administered across Brazil. That represents 23 percent of the Brazilian population receiving at least one shot, and 11 percent receiving both. Most are from Chinese-made Coronavac.

All these doses are part of contracts already signed for 280 million vaccines, but the global lack of supplies has slowed the delivery pace. As a result, several Brazilian cities have suspended the vaccination campaign because of the jab shortages. Without the key ingredients, Brazil had even paused production of AstraZeneca and Coronavac vaccines.

“Unfortunately, it could get worse in the coming weeks. We believe that starting in July, we should speed up the vaccination process, but until then, we will have many problems”, said Carlos Lula, president of the Brazilian Council of Health Secretaries (Conass).

In addition, the Butantan director suggested that President Jair Bolsonaro’s attacks on China would be affecting the import of compounds for the manufacture of vaccines. Bolsonaro insinuated that China could have created the virus in the laboratory as part of a “chemical war“. The accusation is rejected by the WHO, which points out that SARS-CoV-2 probably has an animal origin. Other Bolsonaro ministers and political allies had previously delivered attacks against the Chinese or spread conspiracy theories involving the Asian country. Bolsonaro’s former Foreign Affairs minister – in office until March 2021 – wrote an article called “Communistvirus” claiming that there was a “communist plan” that saw the pandemic as an opportunity to “accelerate a globalist project”.

China is Brazil’s largest trading partner and its main source of vaccine ingredients. China said the several input shipment delays were merely bureaucratic obstacles, but this episode raised questions about possible retaliation from Beijing to Bolsonaro’s posturing and his circle. China’s embassy in Brazil denies any kind of difficulty on exports.

In the midst of a vaccine shortage, the Health Ministry tried to find solutions to keep the vaccination campaign in full swing. However, experts point out that the Brazilian government has not followed the recommendation of epidemiologists to keep vaccines that require two shots to ensure complete immunization.

In February, the Health Ministry released guidelines for cities to use all their supplies of the first dose, without worrying about the second one. The Ministry reversed its position a few days later and directed cities to keep enough for the second dose. But just a month later, it said again that all vaccines stored to guarantee the second dose could be used as the first one. A recent study shows that Coronavac is only 16 percent effective after the first dose, suggesting the importance of the second injection, which significantly increases the vaccine effectiveness. The second Coronavac shot should be applied between 21 to 28 days after the first injection and the second AstraZeneca vaccine shot up to three months after the first.

According to Marcelo Queiroga, the current Health Minister, the changes in the COVID-19 vaccination strategy by his predecessor, Eduardo Pazuello, contributed to the current lack of vaccines in several Brazilian states.

At the current rate, without considering doses export delays, COVID-19 vaccinations should be completed in Brazil by September 2022. In addition, the Brazilian president does not set an example and encourages crowds daily when meets with his supporters, without wearing a mask. Brazil’s many problems could have readily been avoided had the Federal Government taken the pandemic seriously from the start and planned accordingly.