Mistakes and malice: How we get history wrong 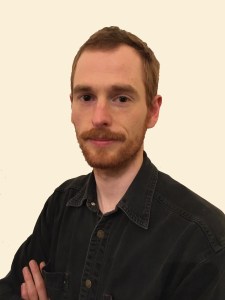 David Mountain is a freelance writer based in Edinburgh. He is the author of "Past Mistakes: How We Misinterpret History And Why It Matters" (Icon, 2020).

Our understanding of the past is distorted by myths and misconceptions. Here I explore some of the common causes for these mistakes and asks if anything can be done about it.

The problem with the past is that it’s not present to defend itself. So when we get history wrong – whether through accidental misinterpretation or wilful misrepresentation – these false accounts of the past can become widely believed. As a result, many commonly-held notions about history are inaccurate or completely wrong. Napoleon wasn’t short. Columbus didn’t discover America. And Catherine the Great certainly didn’t die while trying to have sex with a horse.

How can such misconceptions come about? Sometimes they arise through honest accident. Consider the widely-held belief that the classical statues of Greece and Rome were intended to be displayed as pure, unadorned marble. This is false: archaeologists now know, thanks to detailed analysis of statue surfaces, that classical sculpture was almost always slathered in paint, and often in very bright colours. When these statues were first excavated in the 16th and 17th centuries, however, most of this paint had worn off, and antiquarians had no idea that tiny traces of pigment still clung to the stone. They saw only the white marble, and they therefore made the sensible – albeit wrong – inference that the statues had always been undecorated.


Sometimes our historical misinterpretations are informed by personal or societal biases. Generations of male historians and archaeologists, for example, diminished or ignored the prominent roles women have played in history when it threatened their male-centred worldview. When a group of male archaeologists uncovered the remains of a ‘high-status’ Viking warrior in central Sweden in 1878, they were sure the skeleton – which was buried with a sizeable collection of swords, axes and spears – must have belonged to a man. To their 19th-century mindset, only a man could occupy a position of such political and military power. It was not until 2017, when the bones were subjected to genetic analysis, that the warrior was revealed to be female, thereby challenging many of our assumptions about Viking society (1).

Other times, the historical distortion is more deliberate. For centuries, politicians, pundits and even a few academics have been willing to present purposefully inaccurate or misleading accounts of the past in the hopes of political gain. National pride has a lot to answer for in this regard. With the rise of nationalism in the 19th century, many patriots set to work reworking the histories of their respective countries into bold national epics, wanting to use the past to encourage their compatriots to support the nation and its leaders in their political struggle against other states. To do this, they exaggerated moments of national greatness and downplayed episodes of defeat or disgraceful conduct. This was history to inspire, not to inform.

Nationalist historians were particular keen to find national heroes from the past: figures who could be held up as representing all that was great about their country. In England, the Celtic queen Boudicca was lauded as an ‘English heroine’ who ‘exemplifies the very spirit of England’ – despite the fact that she lived almost 900 years before the country of England even existed. In France, a similarly loose approach to history allowed the Celtic warrior Vercingetorix to be celebrated as a French national hero, even though he died centuries before the kingdom of Francia first appeared in the 5th century CE. The medieval Czech folk heroes Záboj and Slavoj, meanwhile, were simply fabricated by a 19th-century hoaxer.

Across the Atlantic, the search for an American national hero in the late 18th century led to the lionisation of Christopher Columbus. This was despite the fact that Columbus never set foot in North America, nor even acknowledged that the landmass he had sailed to was a previously unknown continent: until his dying day he maintained that he had reached the eastern shores of Asia. (Nor did he cross the Atlantic to prove the Earth was round, incidentally. Not only did every European scholar already know that by 1492, but Columbus himself thought our planet was pear-shaped.) Despite all this, Columbus Day remains a federal holiday in the United States.

In other instances, historical manipulation has occurred in order to demonise figures from the past rather than heroise them. The famously diminutive dictator Napoleon Bonaparte actually measured 1.65 metres tall, which was about average height for a European man in the early 19th century. His dwarfish stature was a creation of the British cartoonish James Gillray, who in 1803 drew a picture of ‘Little Boney’ in the throes of a temper tantrum. The cartoon was popular in Britain – which had just declared war on France – and the caricature came to represent Napoleon in the minds of millions.

A less tasteful smear campaign was directed against the Russian Empress Catherine the Great. Following her death in 1796 – from natural causes, it should be stressed – anonymous political rivals spread the completely false rumour that she had died in a fit of unbridled passion with a horse. Despite being fabricated solely to soil her reputation, the story is still believed by many today. Similar efforts at posthumous political besmirching led to the equally false rumours that Roman Emperor Caligula made his horse a consul and had sexual relations with his sister.

If the past is no longer around to defend itself, how can we be sure that anything we learn about it is actually true? Is it possible to accurately reconstruct the past, or is history nothing more than a reflection of our own biases, prejudices and desires?

Thankfully, an objective approach to the past is not only possible, but commonplace. It’s the discipline practiced by tens of thousands of historians and archaeologists around the world today. It’s not always easy: it requires us to abandon, as far as possible, our biases and to build our hypotheses and conclusions only upon the available evidence. And if the evidence doesn’t fit our theories, then we need to be willing to admit our error and change our inferences.

Following the reassessment of the Viking warrior in 2017, for example, archaeologists had to change their understanding of Viking society, which until then was thought to have been a highly masculine world. A similar reappraisal took place in 2008, when microscopic analysis of the mysterious crystal skulls revealed them to be modern forgeries and not, as is often claimed, ancient Mayan artefacts.

It’s hard work – often frustrating, usually slow-paced – but this objective exploration of history allows us to cut through the myths and mistakes to get to the objective truth of what actually happened in the past and why. It allows us to defend history against those who, whether inadvertently or deliberately, would distort it.