Who depends on whom? What the global pandemic has shown us about whose labour is fundamental to our economies and societies 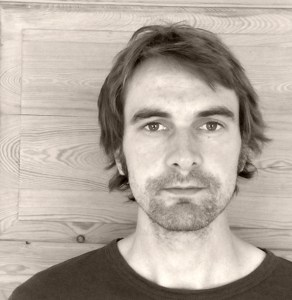 Patrick is a senior Lecturer in Philosophy and Political Economy at Swansea University.

During the COVID-19 pandemic vast amounts of socially reproductive labour, such as childcare and education, have been pulled back into the domestic economy as schools and care institutions have closed. At the same time, ‘key workers’ in the public sector have been hugely overworked. These circumstances should act as a powerful reminder of the vast amounts of undervalued work that keep our economies and societies running, and upon which the private sector and ultimately the whole formal economy depend.

Before January 2020 most people in the United Kingdom would not have known what a ‘key worker’ was. They would never have heard this term on the news, nor would they have typed it into a search engine. In the last year that has changed completely. Not only do we each know if we are a ‘key worker’, for example as a school teacher or a nurse, but in 2020 politicians spent many months scrambling to show their respect for and support of key workers.

No doubt a similar pattern is unfolding across the world, with different labels, but similar implications. Key workers have been labelled as such because politicians have been forced by circumstances to publically recognise that there are some workers on whom other members of society depend in a profound way, and that these workers must continue to risk their health by carrying on working in places such as schools, hospitals, and care homes during the global pandemic. These are often workers who are not well-paid, and they are often workers who are employed in the public sector.

The rhetorical support of politicians in the last year, has not, however, translated into financial recognition: at the time of writing nurses in the UK are considering striking in response to a government offer of a meagre 1% pay rise after months of working gruelling hours and under difficult conditions.

The default view of right-of-centre politicians and citizens is that the private sector of an economy is somehow the ‘core’ of the economy. This core supports a ‘periphery’ of public sector jobs, paid for out of tax revenue generated by private enterprise. This view propounds a myth. The myth is that we can understand dependence – who depends on whom – by following the money. But this is wrong. And it is wrong on every scale: from household economies to the global economy. It is a myth that has benefitted some political agendas greatly: those who would defend patriarchal power in the home, those who would dismantle welfare state provisions, and those who would treat poorer nations as dependent on the global North – for aid, investment, and development.

Our stories about who depends on whom matter a great deal for our moral and political attitudes towards others. This is why we must interrogate our own tacit and explicit assumptions about dependence: if we misunderstand dependence, we risk misunderstanding what we owe to others, and who those others are.


Let us begin in the home. In the 1960s and 1970s post-Marxist feminists began to develop theories of household economies centred on the concept of ‘social reproduction’. Their core insight was that in order to produce valuable commodities in the formal economy, one very valuable commodity needed to be reproduced in the informal economy of the home: this was the labour power of workers, or put rather more humanly, people. The work of feeding, clothing, sheltering, and caring for people; of giving birth to children and maintaining the environment in which they can live and grow; this was the unpaid work that made everything else possible. This was the work on which the formal economy – where labour has a price and where wages are paid – depended. The writers of the time summarised this with the idea that the wage commands more labour than the employer formally pays for: whole families live on the wage provided by employers, and all of the unpaid work of the domestic sphere ultimately serves to deliver just what the employer needs each morning, a worker capable of working. Thus, while unpaid members of a household depend on a paid employee in the family for access to a wage to buy necessities, there is also a very real sense in which, taken in aggregate, all of these workers in the formal economy depended on the informal household economies of domestic work that prepared them – across generations and on a daily basis – for entering that world of paid employment. Campaigns like Wages for Housework demanded that we imagine what would happen to our economies if all of this unpaid work were withdrawn in a domestic strike.

This image of a formal economy depending on the domestic economy was formulated at a time when women’s paid employment was much less widespread in capitalist welfare states than it is today. This fact gave the analysis a clearly defined and powerfully motivated gender-dimension. Gender is still very important when it comes to unpaid workloads, pay, and career progression. However, in economies where households with single working parents or two working parents are the norm, social reproductive work is partially displaced to other sites in society: to schools, day care institutions, care homes, hospices, and other institutions.

These are very often the institutions that comprise the welfare state. Our societies depend on them. In 2020 and 2021, lockdowns across the world meant that childcare and educational work were pulled back into the household economy for significant periods of time. It suddenly became clear to working parents just how reliant they had become on schools and day care to do their jobs; it suddenly became clear to employers, just how much the school system had been making their working models possible, basing working time on uninterrupted full-time working days – often with the ‘necessity’ of keeping children out of view and out of mind. Let us hope that this memory of employers’ utter dependence on both schools and the double-workload of parents during lockdowns outlives the pandemic that has pushed this to the fore of common public experience.

In the Anglophone capitalist welfare states of the global North, we have had decades of attacks on the welfare state institutions and support mechanisms that were developed in the post-World War II years of the mid-20th century. The idea of ‘welfare dependence’ has been heavily used by politicians seeking to label a section of society as uniquely dependent – those who receive state welfare support beyond the basic minimum of services provided to all. This ‘dependent’ class are those who receive unemployment insurance payments, housing support, childcare support, and other welfare payments made necessary by their failure to earn (or earn enough) in the labour market. This idea of a uniquely ‘dependent’ section of society is useful. It allows its proponents to displace any concern with their own dependencies: dependence, for example, on inherited wealth, dependence on unearned income from private assets, or dependence on the unpaid work of others. Dependence becomes someone else’s problem.

When we decide not to follow the money, but to follow labour, and in particular the burdens of care work, our view of the household economy and of national economies gives us an alternative picture of who ultimately depends on whom in a society. That alternative picture applies on a global scale as well. The growth of international labour markets for care work has caused a huge movement of migrant workers across the world to fill the care vacuum left as more women have left unpaid domestic work to use their time and labour power in the formal economy. In such a situation, who is depending on whom? Where a wealthy capitalist economy requires low-paid migrant labour to make up its care deficit, we have every reason to regard that society as depending on the societies from which that migrant workforce has come. In this example of care work, we see the astonishing bridge between the micro-scale of household economies and the macro-scale of the global economy. As individual households work out their solutions to the problem of providing both social reproductive work and engaging in paid ‘productive’ work, the gears of a much larger global mechanism of supply and demand are set in motion. While this is a sociological fact, there is a political and normative lesson that should be derived from it. Had we followed the money – the flow of these migrant care workers’ remittance payments – we would have the impression that these workers and their home countries ‘depend on’ the wealth of the societies where they work. Following the labour instead, our sense of who depends on whom is reversed. With this reversal should come both gratefulness and respect.

In trying to establish who depends upon whom in a home, a society, or the global economy, following the money will lead us to one set of answers; following the labour will lead us to a completely different set of answers. For the last year, the disruption to the global economy caused by COVID-19 has, if only momentarily, forced us to follow the labour: to label some people as ‘key workers’, to reabsorb a huge amount of educational and care work into the domestic economy, and notice what this does to our abilities to work in paid employment. Let us remember to follow the labour – not the money – when asking who depends upon whom as our economies and welfare states are restructured in the wake of the current pandemic.