The Dialect Romeyka: A journey through time and civilizations 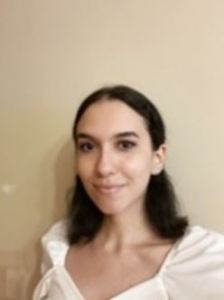 Doğa is a political science and international relations student in Turkey. She also translates and writes about topics ranging from environmental impact to preserving of endangered languages. She speaks three languages and learns another in her free time.

Romeyka is a Greek dialect spoken in the north-east part of Turkey, Pontus. The language has survived for many years, still keeping its ties to Ancient Greek. The piece aims to show how the Pontus area is mentioned in myths, how the community is shaped by geography, and how the Exchange of Populations in 1923 between Greece and Turkey kept the language alive in an unexpected way.

The myth of Jason and the Argonauts is well-known to many, his adventures a symbol of obtaining what is rightfully yours. He was sent away from home after his uncle Pelias usurped the throne of Iolkos, and after being taught by Cherion, the legendary teacher of many heroes, he turned back home.

King Pelias gave Jason a task he deemed would be impossible for Jason to complete, thus ensuring the throne would remian his. But Jason, with the help of the Argo crew, managed to fulfill the task of bringing back the Golden Fleece from Colchis. They made many stops throughout their journey in Axenos Pontos (Black Sea) and, it was rumoured, one of the areas they visited was Pontus, the north-east area of Turkey today.

Nowadays, in that same area, there exists a community shaped by both the Greeks and the Muslims. Pontus was colonised in the 7th century BC by the Greeks who (1) survived Persian and Roman occupation, during which time it became a province of Rome. It was reshaped again after Alexander conquered the area in 4th century BC, bordering it between Paphlagonia and Colchis (2). The current “Rum” diaspora, which means Greeks who stayed after the Exchange of Populations, use a variety of Greek called “Romeyka”, a language classified as “definitely endangered” by UNESCO. According to the Romeyka Project, there are between 4000-8000 speakers of Romeyka left in Pontus. This project aims to examine Romeyka, and per the website, their aim is to “study the evolution of Pontic Greek within the broader context of Asia Minor Greek”, while also examining the Romeyka grammatical system.

Sometimes called “Muslim Pontic”, the language is one of a kind, for it is currently the closest to Ancient Greek. One of the strongest indicators of ancient influence is the usage of infinitives (3); though no longer present in Modern Greek, they are still used in Romeyka. According to Dr. Sitaridou, a prominent researcher of Romeyka, the language has three sub-varities, which share this value as well: from the regions Of, Tonya and Sürmene (4). The highest concentration of speakers reside in Of, where Dr. Sitaridou carried out most of the research.

This language bears many ancient marks, and one of its most striking features is how it managed to stay alive in Turkey and still be used after many centuries of numerous cultural changes. One reason for this unique survival might be that the area is mountaneous and not easy to traverse, making it difficult for local populations to encounter other communities. As well, several rivers run between the sea and the mountain range (5). Another, arguably the more impactful reason for the persistence of this Romeyka dialect, might be the effect of the Exchange of Populations in 1923 between Greece and Turkey.

After the Ottoman Empire collapsed at the end of WWI and paved way for the Turkish Republic to be founded and recognized in the Treaty of Laussanne, according to the treaty, it became compulsory for an exchange of populations to take place between Turkish nationals of Greek Orthodox religion in Turkish territory and of Greek nationals of Muslim religion in Greek territory. This exchange was primarily focused on religious identities (6), for both Greece and the new Turkish republic sought to have a homogenous population defining the nation-state. As was the case in the 19th century, each state sought to achieve stability, sovereignty, and a seat at the table in the newly emerging international system. However, there were exceptions to this exchange – such as Greeks in Constantinople and Romeyka speakers in the Trabzon area of Turkey, especially in the Of region, who have continued to reside in Turkey. Thus, the ones who stayed were Pontic-speaking Muslims, or Muslim Pontic speakers. In Turkey, the word “Rum” basically means “Greek” and “Christian”, but while the community is labeled “Rum”, they are still Muslims who speak a unique language, and who identify themselves as “Turks” (5).

The Turkish influence may not have reached the linguistic properties yet, but identities have been shaped according to it.
As with almost all endangered languages, the youth prefer to use their country’s state language, in this case, Turkish, instead of their mother tongue, Romeyka. Only elderly individuals within the Rum community in Turkey use the language amongst themselves. It seems that they do not teach the language to their young family members, assuming that the mother tongues are “unprofessional” and “unnecessary” for a life in Turkey. There is also no media available in Romeyka yet, and no presence of it on social media. No new books are published in Romeyka, though ones dating from the 20th century can be bought second-hand online. Although some minority languages are taught in schools as optional classes in Turkey, Romeyka is not on the list. Even if it was, there probably wouldn’t be competent teachers, for Romeyka is not taught in any institutes either. Romeyka may not be the only endangered language in Turkey, but it may very well become the only one to become extinct if no efforts are made to keep it alive. If nothing is done to revive this unique language, full of ties to the ancient past, the very same words Jason and the Argo crew might have heard may disappear forever.