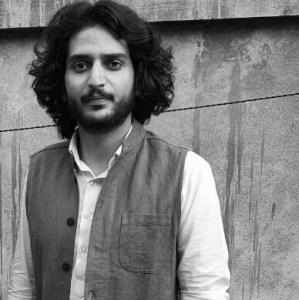 Shoaib is an independent journalist from Indian-administered Kashmir currently based in New Delhi, India. He writes about conflict, gender, and the refugee crisis. Twitter: @Imshoaibmir.

Abandoned by the state and struggling with a surge of COVID-19 infections, an ill-equipped Kashmir turns to private aid organisations for help.

In a small house in the narrow lanes of downtown Srinagar, Yaseen (name changed) is sanitising the room where his mother is recovering from COVID-19. He does this twice a day, and makes sure no one enters the room without his permission. Once he is finished, he sits in a corner reading a newspaper while keeping an eye on his mother. He hasn’t slept properly since his mother contracted the virus; there are dark circles under his eyes. His mother insists that he rest a little, and he pretends to sleep only to save her the worry.

One day when he returned from work in May, his mother had complained of mild chest pain and a headache. He took her and the rest of the family to a nearby government hospital for tests. His mother tested positive for COVID-19. Back home, Yaseen checked his mother’s oxygen saturation and found it below the required level. He called his cousin, and they took her to the hospital. But the emergency ward was in chaos, overflowing with patients. Like others, they waited helplessly, but all beds with an oxygen supply were taken. As time passed the situation grew more desperate, Yaseen called a doctor friend in Delhi who suggested that he take her home and arrange an oxygen concentrator. He called everyone he knew to arrange one, but to no avail. With each negative response, his heart sank.

At his lowest moment, however, a friend informed him of Athrout Foundation, a non-governmental aid organisation based in Kashmir. He dialled their number, prepared for another disappointment. The voice at the other end, however, said that they would get the oxygen to him. His tears started flowing.

For Yaseen, it was nothing short of a miracle. In recent months, social media had been flooded with obituaries, SOS messages, and requests for leads on oxygen cylinders, ICU beds, and ambulances. And frustration with the government had reached a boiling point since it not only failed the people, it also exacerbated the situation.

On April 30, 2021, India became the first country in the world to report more than 400,000 COVID-19 cases in a single day, and the daily death counts have been setting records. The staggering rise in infections and fatalities have made the country a new global hotspot for the pandemic. Hospitals across the country have been overwhelmed due to an acute shortage of oxygen supplies, beds, and medicine. Doctors and hospital administrators have been forced to take to social media to call for help.

Amid all this, on March 24, Prime Minister Narendra Modi of the right-wing Bharatiya Janata Party defied warnings from experts and doctors against mass gatherings and announced the opening of Asia’s largest tulip garden in Kashmir’s capital, Srinagar. In the subsequent three weeks, the garden was visited by over 200,000 tourists from across India. In the four weeks of April, the region of Jammu and Kashmir saw an increase in the COVID-19 cases by 700%.


Medical health experts in the region were worried that the region’s healthcare infrastructure was inadequate for a crisis of this magnitude.  A report issued in 2018 by the health department of Kashmir revealed that the region has the lowest doctor-patient ratio in India, with one doctor for every 3,866 people. The World Health Organisation’s recommended minimum is one doctor for every 1,000 people. For a population of around 11 million, the region has only 600 ventilators.

In the month of April in an emergency press conference, the advisor to the Lieutenant Governor claimed that Jammu and Kashmir has one of the most efficient COVID-19 management systems in place. However, doctors in the state told a different story.

Hospitals across Kashmir were witnessing a huge influx of COVID-19 patients, particularly young people with severe infections who required immediate ICU care or ventilators. But hospitals were full and running out of oxygen, beds, and other medical equipment. Dr Nisar ul Hasan, president of the Doctors’ Association of Kashmir, told Culturico that “during the initial weeks of second wave, we were running out of space in intensive care units for critical patients, and were forced to keep such patients on normal beds, and some of them died due to the non-availability.”

There is an urgent need for augmentation of hospitals with ICU beds. He added: “In a pandemic, the administration should be honest with people and ready in advance. Despite knowing about the arrival of the second wave and how much worse it could get, nothing was done to prepare for it. Now, it’s like digging a well for water when your house is on fire.”

Bashir Ahmad Nadvi, chairman of Athrout Foundation concurs. “It is very unfortunate that authorities did not consider it as a matter of life and death and their lack of an attitude towards not implementing early lockdown and not closing down public parks and events have exacerbated the situation in Kashmir.”

In the last few months, a huge rush of people could be seen standing in queues outside Athrout Foundation’s facilities in the old city of Srinagar. The organisation has been filling the gap left by the state. But the load was unprecedented and they had never dealt with something as dangerous as this pandemic. Overstretched volunteers in protective suits were rushing to help whoever they could.

Nadvi describes how grim and unprecedented the crisis was. “Having worked during floods and the earthquake, we were able to do assessments, but this time, we were fighting an invisible enemy. Since the beginning of the second wave, on average we received 300 to 500 SOS calls per day and separate SOS through our social media handles. We have around 300 oxygen concentrators and 40 Bipap machines and all of them were with the patients.”

Athrout is not the only NGO working on the ground in this pandemic. According to Nadvi, there are 3000-5000 people getting help from different civil society groups.

In the month of February, the administration in Jammu and Kashmir launched a vaccination drive for all frontline workers. But it excluded aid workers who have been at the forefront since the onset of COVID-19 in the region.

“In April, we lost a colleague, who was one of the founding members of the foundation and also our volunteers have tested positive for the virus” says Nadvi. “It is a challenge but we try our best to stay put. No one is immune to this virus but our chances of contracting the virus are very high. So every day, before going home, we thoroughly sanitise ourselves, still not sure what we are taking along. We had also planned for the next few months that we would not go home and instead stay back in the office itself. We couldn’t put our families at risk.”

Last year in the middle of the pandemic, the organisation donated six ventilators to one of the government hospitals in Kashmir. With its 35 volunteers, the foundation also initiated an E-oxygen facility in collaboration with the administration and converted a government building in Srinagar into a 100-bed hospital for COVID-19 patients.

A senior doctor working in a COVID-19 ward spoke to Culturico on the condition of anonymity, and acknowledged the role that aid organisations have played in saving lives by providing oxygen concentrators, cylinders or Bipap machines. This, he explained, has helped reduce the load on the already overwhelmed hospitals and prevented them from collapsing. “Currently these groups are working as a support system to our poor health care infrastructure” he said.

Authorities in the region, however, see such assistance as an indictment of their own failure. They have warned doctors against speaking to the media about the inadequacy of the government response, threatening strict disciplinary action. People in the region received more reliable support from these private groups than from the state.

On the periphery of Srinagar’s commercial centre, Lal Chowk, is a three-story building that houses Social Reforms Organisation (SRO),a volunteer-based organisation providing oxygen cylinders and other medical equipment to COVID-19 patients in Kashmir.

“We were working under tremendous pressure as the COVID-19 situation deteriorated in the valley” says Muhammad Afaq Syed, head of SRO. “Our team was working around the clock to attend the distress calls from various parts of Kashmir. Since the surge in cases, we received more than 100 distress calls per day from people asking for oxygen support. During the wee hours, we received around 30 to 40 distress calls. As an organisation, we have catered for people during difficult times, but this situation is unprecedented”.

SRO’s team of 15 volunteers worked round-the-clock to provide oxygen cylinders and other equipment to people in need. The organisation’s five ambulances have been ferrying COVID-19 patients across Kashmir. They have also created a community burial ground for non-locals and people abandoned by their families.

“With the influx of COVID-19 patients, hospitals were getting overwhelmed and unable to admit everyone. The patients were evaluated as per their clinical situation, and patients with less severity sent back home for isolation and advised to be on oxygen support. This is where we chipped in; we provided them with oxygen and other medical requirements possible from our side” says Afaq”.

Besides 250 oxygen cylinders and 220 oxygen concentrators, the organisation has around 24 non-invasive ventilation machines at different hospitals for critical patients. There were between 300-400 infected people in home isolation under its care. SRO is one among many private organisations providing such assistance. The crisis however was bigger than anything they could cope with.

“At times I was unable to cope with the situation as every distress call received was a tragedy in itself  with people pleading for help,” says Shahid, a young volunteer at SRO who helps distribute oxygen cylinders. “We have been on our toes since the beginning of the pandemic” says Shahid. “But with each passing day, things were getting worse, giving us sleepless nights,”

With the decrease in COVID-19 cases in the region, volunteers at SRO and Athrout both feel that if the situation had got much worse, they could not have done much with their limited resources.

“At the end of each day, we were all heartbroken seeing the helplessness of people but picked ourselves up each morning thinking, there are lives to be saved” said Afaq.

The NGOs in Kashmir believe that if the situation had deteriorated further they wouldn’t have been able to do much, as they were also running out of stocks. But still, they proved to be a helping hand for people in Kashmir.