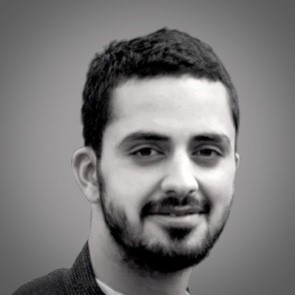 Umer is a journalist from Indian-administered Kashmir. He is a graduate of the Nelson Mandela Centre for Peace and Conflict Resolution at Jamia Millia Islamia University in New Delhi.

For speaking against the authorities, young adults are being booked under stringent Unlawful Activities Prevention Act (UAPA) in Indian-administered Kashmir. The state fears any sort of mobilisation that could possibly lead to large-scale social movement in the disputed Himalayan region.

On June 6, Kashmiri police registered a case against 21-year-old journalist Sajjad Raina for writing a status on Whatsapp that had a collage of 21 children who died in a boat accident in northern Bandipora’s Wular Lake, some 15 years ago. The journalist specified that the status was posted in commemoration of the children and read “Wular Martyred”. However, the authorities deemed it was inflammatory in nature: Raina, who works for a regional-based news-agency, said, “I removed it immediately and apologized to the police officer but I didn’t expect they would charge me two days later.”

The slapping of stringent charges against dissenting voices and all those young adults questioning the misconduct of New Delhi in Kashmir has become a norm for several months. On June 2, the state authorities in Kashmir booked eight civilians under the Unlawful Activities (Prevention) Act, for raising pro-freedom slogans during the funeral of one of the youths, Amin Dar, who was killed in a mysterious accident in southern frontier district of Kupwara on May 28.

Four of the young adults – Qaiser Mir, Bilal Mir, Zahoor Dar and Aijaz Ganai – were immediately arrested by the police under the harsh anti-terror charges, which allows the authorities to imprison the accused for at least seven years.  The imposition of the harsh anti-terrorism laws against the dissenters was intensified and normalised after New Delhi scrapped the semi-autonomous status of Jammu and Kashmir by downgrading the Himalayan region into two union territories in August 2019.

Just five days after being transferred from Kot Bhalwal jail when his health deteriorated, the septuagenarian leader Mohammad Shahrai was announced dead, mysteriously, in a hospital in Jammu. On 10 May, police in the Kupwara district registered cases against 20 individuals for raising pro-freedom and what authorities termed  “provocative slogans” during the funeral of Sehrai, who was chairperson of the All Parties Hurriyat Conference, a pro-freedom political party in Kashmir.

Not only those who attended the Shahrai’s funeral and raised slogans were booked under the anti-terror laws. Two sons of chairman All Parties Hurriyat Conference, Mujahid and Rashid Shahrai – who were quite outspoken against the New Delhi – were also imprisoned within a week, on May 16 under the draconian Public Safety Act, which grants permission to arrest any person even on suspicion for at least four years without any trial. Both of them tested coronavirus positive within two weeks of incarceration.

As the graphic images of Palestinian civilians attacked by Israeli airstrikes reached Kashmir valley, a huge portion of young men felt overwhelmed with resentment. Young adults wanted to express their anger towards the state of Israel for perpetuating atrocities against Palestinian civilians and especially for killing dozens of their children.

32-year-old artist Mudasir Gul was one such young adult, who decided to show solidarity with Palestine by drawing a mural We Are Palestine. The mural showed a woman sobbing along with the Palestinian flag on May 14. Soon after Mudasir drew this mural, a number of young men from the neighborhood came out and protested near it chanting anti-Israel slogans, a video of which went viral on social media. The gesture of solidarity agitated the state apparatus to an extent that they went after all those who took part in the “peaceful demonstration”.

At least 21 young adults were detained immediately by the police during a night raid on May 14 from Srinagar’s Padshah-e-Bagh. However, the public outcry and condemnation that flooded across social media pressurised the authorities, who eventually released those they had arrested. Artist Mudasir was among the 17 of the 21 detainees who was released after three days of detention. However, the cleric Sarjan Barkati, 50, who gave a public sermon in a mosque in solidarity with Palestine continues to remain imprisoned after he was picked up during a police raid from his house on May 15. Sarjan, the noted cleric, has previously served four years of imprisonment under the “lawless law PSA” for leading the protest rallies in the 2010 mass uprising that rocked the Himalayan region for at least six-months after the killing of 21-year-old militant commander Burhan Wani.


Booked for digging an empty grave

On December 31, three young adults were described by the state police to have been killed in an alleged ‘gunfight’ in Srinagar’s Lawaypora. The police branded them “hardcore associates of terrorists”, an accusation their families denied, claiming the “police murdered their children in cold-murdered encounter”.

16-year-old Athar Mushtaq, hailing from south Kashmir’s Pulwama district, was one of three slain. Police refused to return their bodies to the families and instead buried them some 70 miles away from the Srinagar city in Sonmarg. Following their burial, the father of the Athar, Mushtaq Wani, dug an empty grave at his ancestral graveyard in Bellow village and began to seek the body of his son. For several weeks, Mushtaq tried to mobilise the villagers in his hometown.

In one of the video messages, Mushtaq had appealed to locals to assemble at the empty grave of his son at the ancestral graveyard in the village: “I am going to protest until my last breath…I will not hesitate to go to the Supreme Court. I will wait for [sometime] or I will end my life at Lal Chowk. This case should be investigated before that,” Mushtaq stated.

For organising a month-long peaceful protest campaign to demand the dead body of his son, Mushtaq was immediately booked under UAPA, along with six other villagers early in February. His arrest wasn’t an isolated incident wherein authorities have shown their insecurity. Before that, in another example, 10 young adults were charged under the UAPA in south Kashmir’s Shopian for taking part in a cricket tournament that was organised in memory of slain militant commander Syed Ruban, 23, in September 2020.

Not only the demonstrators, but all those voices including pro-freedom activists, journalists, and lawyers have been booked under the severe laws. The State has resorted to harassment, intimidation, and invoking anti-terror laws to suppress voices that question the conduct of the law enforcement agencies in Indian-administered Kashmir.

Last month, 34-year-old reporter Asif Sultan completed 1000 days in prison after he was arrested in August 2018 under the anti-terror UAPA law. Asif was working as the assistant editor for Srinagar-based magazine Kashmir Narrator, wherein he had written a report titled “The Rise of Burhan” in July 2018. For this, authorities accused him of “harbouring the known militants” and an “attempt to murder”, charges his family denied, stressing his journalistic work landed him in jail.

In his 4000-word detailed report on the rise of militancy in Kashmir, the author Asif had tried to analyse why the 22-year-old militant commander Burhan Wani has eventually become “more dangerous for Indian authorities in his grave” as compared to his “life in his living room”. According to the magazine’s editor Showkat Motta, police in their charge sheet have claimed to have “found incriminating material from Asif’s home, from his iPhone and his MacBook”. The police admitted his personal gadgets have been dispatched for forensic analysis to Chandigarh: “But two-and-a-half years have passed since that forensic report hasn’t come yet. Why is it so?” Motta questioned. Even Asif’s lawyer, Adil Abdullah Pandit, has stated repeatedly that the charges, such as “attempt to murder” and “voluntarily causing grievous hurt by dangerous weapons”, appeared brazenly “out of the place” and “purely fabricated”.

In August 2019, the abrogation of Article 370 and Article 35 (A), under unilateral unprecedented circumstances with no parallels in modern time, allows by imposition complete communication blackout, mass arrests, torture, and public harassment. A number of legislative amendments have also followed from New Delhi, including domicile laws and land policies. The authorities even announced a “new” Media Policy 2020, which, they described, “will create a sustained narrative in the media about the functioning of the government”.

“Any individual or group indulging in fake news, unethical or anti national activities or even plagiarism shall be de-empanelled besides being proceeded against under law,” the 53-page media policy document reads. The media policy was rejected by several journalists, academics, rights defenders, and organisations who argued this policy is a continuation of repressive measures to curtail the free flow of information in Kashmir.

Different journalists’ bodies, such as Kashmir Editors Guild, The Kashmir Press Club, and the Journalist Federation of Kashmir, have raised concerns over the harsh measures taken by the government “to censor how it operates” in the region. Several journalists, lawyers, and editors have also raised their concern. The dissenters of media policy complain it is aimed towards making media organisations obsolete and turning regional media outlets into an “mere carrier of the propaganda”. The fear is that the government intends to disseminate, and prevent, critical voices by categorizing them “fake” and “anti-national”.

The policy has made it easier for authorities to silence reporters and editors that don’t toe the line of the establishment. Vrinda Grover, a lawyer and human rights activist based in Delhi, told the Committee to Protect Journalists that the policy also includes provisions that allow the government to conduct background checks into the “antecedents” of a journalist or outlet before approval of accreditation and government advertisements. The global press freedom body termed the new media policy the “final nail in the coffin” for free press in the Jammu and Kashmir region (1).

One thought on “State intimidation, arrest spree, and censorship in Kashmir”