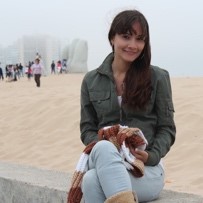 Edgary is a Venezuelan writer, journalist and audiovisual producer.

Between July 7th-9th, a wave of violence broke out in Venezuela. The three-day confrontation involved one of the country’s most dangerous criminal gangs. In those days, neighbors called Cota 905 in Caracas a war zone. To understand why this violence took place, I review the past few years and the crisis of rising insecurity in the country.

The main antagonists in recent months have been members of the Koki Gang, a group of criminals dedicated to drug trafficking, kidnapping, extortion, car theft and murder. The mega-gang was formed after ‘el Koki’ eliminated his rivals and established alliances between criminals from different sectors of the capital.

The mega-gang’s rise was aided by agreements between the government of Nicolas Maduro and criminal groups to establish so-called Peace Zones. The groups agreed to surrender their weapons but in exchange, police were forbidden to enter these places, an agreement that last several years. This arrangement gave time, space and oxygen for criminal groups to grow, dominate and expand their territories. Meanwhile, the government sought to blame their political opponents for allegedly conspiring against them and arming these groups to destabilize their administration. Insecurity has been a major concern for Venezuelans for years. In the early 2000s, kidnappings, extortion and robberies increased at an alarming rate; to find peace, many Venezuelans emigrated.

My brother was kidnapped twice before leaving the country. The pattern at the time was express kidnappings, in which people were retained for a few hours while waiting for the ransom to be paid. Even a movie was made on the subject, and is one of the highest grossing films in Venezuelan history.

He was lucky. The first time, he was kidnapped together with some friends; the criminals threatened to kill him, but they ended up just taking his friend’s car. The second time, he was alone; the kidnappers asked him some questions, intimidated him for a few long minutes and then let him go. It seems the target was someone else – they had the wrong person.

My uncle had a similar experience. While on the way to work, he was intercepted. The kidnappers took him away for a few minutes and then let him go, without his car. At that time it was common to steal cars to commit other crimes. Typically, the vehicles were found a few days later abandoned on a lonely road or in a parking lot.

More recently insecurity seemed to have decreased. There was even news of criminals migrating to more prosperous countries. For those of us who remained in Venezuela, if the country still experienced struggles, these were nevertheless calmer and less alarming times. The quiet before the storm did not last long, however. Now the situation looks even more terrifying and complex: criminal groups have taken control of different parts of the country.


The best-known armed groups are the Tren de Aragua, which has plagued the central region of the country for years and has extended its operations to at least ten other states; and the Koki Gang, led by a 40-year-old criminal operating in Caracas.

Carlos Luis Revete (aka ‘el Koki’) has been wanted by police for drug trafficking, robbery and homicide offenses since 2013. He runs a large criminal network alongside other criminal kingpins. They are currently the main protagonists of the biggest confrontations in the country’s capital. According to information provided by Insight Crime, their mega-gang (megabanda) was created in 2016 with 100 loyalists but now numbers around 300 members.

In recent months the ‘Koki’ mega-gang has increased its operations, openly and frequently confronting the police on the Cota 905 highway. Gradually, this criminal group has taken over the city of Caracas and is becoming bolder, starting shooting wars in different sectors of Caracas in broad daylight.

The situation worsened during the first days of July after a member of the gang was wounded during a police operation. The violence, which began on July 7th, became three continuous days of gun fights. Residents of neighboring areas had to sleep under their mattresses to avoid stray bullets, while others fled their homes.

Social media was full of alarming images of apartments with windows shattered by bullets, wounded people in the middle of the street, and criminals with assault rifles walking around the city. The sound of gunshots was unceasing, accompanied by car thefts.

A friend living in Caracas described it to me as one of the most intense experiences he has faced. While the sector where he lives was unaffected, he worked close to one of the areas experiencing gunfire. This is not the first time such violence has erupted, but previously such confrontations were relatively brief. What my friend described was like living in a war zone, for which words were insufficient.

These criminal actors operate as owners of their sectors. Businesses are obligated to pay them taxes, otherwise they receive death threats; neighbors must be accountable to these groups; and shootings over the past months have paralyzed the southwest part of the city. But in the communities where they live, they also provide a series of services and function as a kind of social safety net in the style of Pablo Escobar, distributing food and medicines, and organizing sporting events.

And that is how a place becomes a war zone. In the 1990s, Pablo Escobar terrorized Colombia; today, crime in Venezuela is gaining so much space that there are fears of reaching a point of no return.

People are afraid that such a point has already been reached, since the regime appears unwilling to check the spread of such criminality. In the past, Chavez and Maduro mobilized the National Guard and other security forces to control protests carried out by civilians against the government. For unarmed citizens, they brought out anti-riot tanks, used tear gas bombs, detained hundreds of civilians for marching, and even assassinated some people with rubber bullets and other high impact objects.

For years opposition political leaders have denounced the current regime for allegedly backing criminals. During protests and elections, the government has used televised speeches to incite the colectivos – armed groups that promote ‘peace’ with guns – to take to the streets to intimidate people.

The Human Rights Center of the Andres Bello University has observed that the current situation reflects the ineffectiveness of the government to guarantee the protection of Venezuelans. Less than ten years ago, the regime negotiated with some criminal groups to create peace zones, supposedly to allow a lawful life in exchange for disarmament. But without an organized plan, the security of the country is now out of control.

Twenty four hours after the shooting began, Maduro announced a reward of US$1,500,000 for the capture of ‘el Koki’ and for his fellow criminal leaders ‘el Vampi’ and ‘el Garbis’. Meanwhile, their mega-gang continued to utilize its arsenal of weaponry.

But recent police operations to arrest the gang’s leaders have failed. In early August it was reported that ‘el Koki’ had entered Colombia, after circumventing police security controls from Caracas to the border (approximately 900 kilometers away). A UN independent fact-finding mission concluded that ‘el Koki’ had bribed police officers to obtain advance information about raids in order to avoid a surprise arrest.

Caracas looks like a war zone. If this criminal band continues to operate unchecked, it is very likely that such violence and lawlessness will spread to the rest of Venezuela – a scenario that no one wants to imagine.